Home Uncategorized Readers Theories: A twist in the Championship? 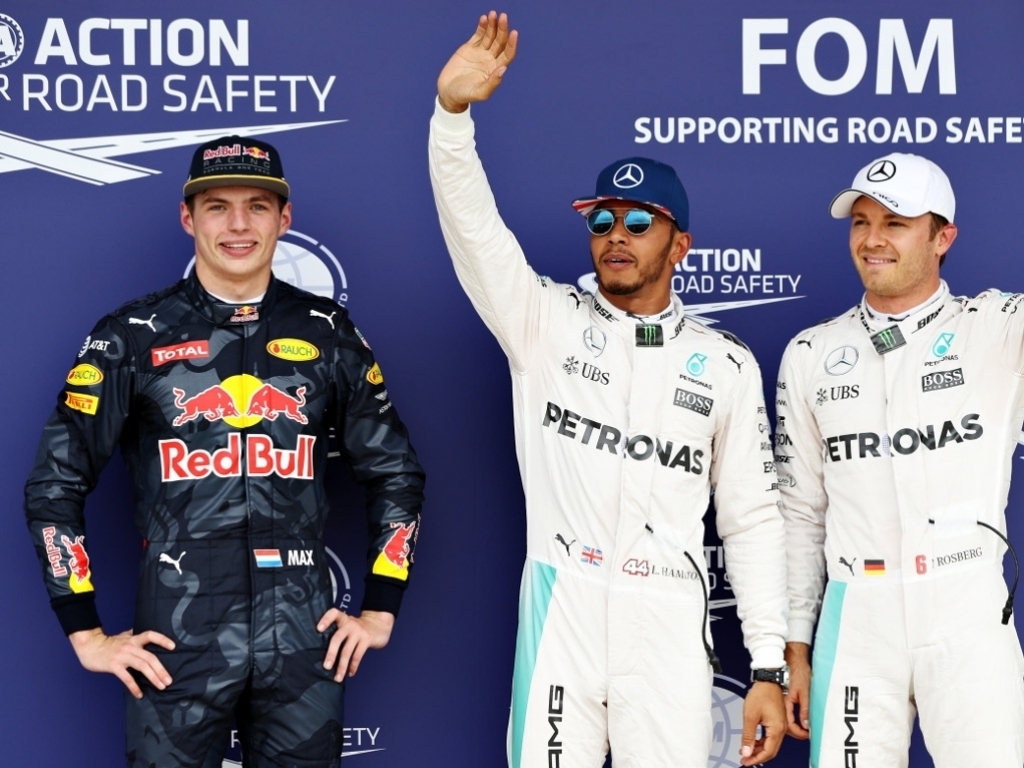 Too late for Hamilton? Will Max Verstappen be the star of the next Mad Max sequel? Is the criticism aimed towards Vettel harsh? And finally, Massa garners cheers and tears from Brazil.

Has Rosberg wrapped up the title already?
Terry Murry
I actually think it is possible for Lewis to win at Adu Dhabi and Max and Dan coming in 2nd and 3rd. Dan has a LOT to make up, and Max will be full of confidence

Dick Van Arsdale
I fear there won’t be another twist to this championship. On a dry Abu Dhabi, Rosberg will cruise to second to become one of the most underwhelming WDCs in history.

Ken Wilkinson
Lewis has driven like a true champion these last few races. He’s been perfect. He knows that the ultimate outcome might not go his way but he has stayed with it and dominated Nico. Nico has no answer, as was again evident today. No matter what happens next week everyone knows who is the more deserving of the 2 Merc drivers.

Archibald Keyser
Championship denied yet again!. Get in there Lewis!

Rosberg almost lost it today in the rain. If it rains in AbuDabi, would be fantastic but not likely.

Great drivers like Lewis and Verstappen show themselves in tricky conditions like today. They don’t scream like cry babies such as Vettel pleading for the race to be stopped, lol.

‘Mad’ Max at it again, for the right reasons this time
Chubb Kelly
Max was a MAN on fire. Maybe the first race I looked at him as being fully ready to compete at this level. Have I been outspoken about his attitude and style? Yes. Was I thoroughly entertained today? Absolutely. Rosberg doesn’t deserve a title. Not a Lewis guy, but Nick just plays it safe and is fortunate to be in such machinery

Keith Warren
Mad Maximus Verstappen ensures Schumachers legacy will never be surpassed by Hamilton and that’s for sure.

Dick Van Arsdale
Rest of the drivers bar Hamilton. Those two are the class of the field in the wet. But don’t forget that the Red Bull has probably the best chassis in the field, and he was on fresh wets, compared to others on very used (except Ricciardo who was outclassed today).

Alastair Jones
Max easily driver of the day, reminded me a lot of a young Schumacher.

The Vettel bashing continues
Andrew Simmons
Vettel whinged about Max pushing him off. Its what he did to Alonso. Anybody else think Vettel is mentally crumbling

Jack Johnson
Vettle, complaining on the radio to red-flag the race was hilarious! Ferrari were average today.Their car looks heavy, and low on downforce.

Jim Mcdonald
Vettel is not driving nor acting like a man who won four championships in succession. I htink history will ultimately say that the Adrian Newey car flattered him . Certainly in his last season at Red Bull he was fairly beaten by Ricciardo

Farewell Felipe Massa, from Brazil
Eduardo Alvarez
He deserved this kind of farewell. He was important part of late F1 history. So close to be a champion, an excellent teammate, a nice person. Will be missed

Hermawan Guntoro
Tears in my eyes. i still remember his first outing with blue car with white nose Sauber in 2002 Australia. thanks for all memories Felipe Massa. you did good.

Chris Fenton
Very touching moment, one of those would-only-happen-in-Hollywood style moments really. Couldn’t have happened to a nicer guy and was a lovely acknowledgement of his contribution and popularity within the sport. The real 2008 championship winner for many people, I am sure.