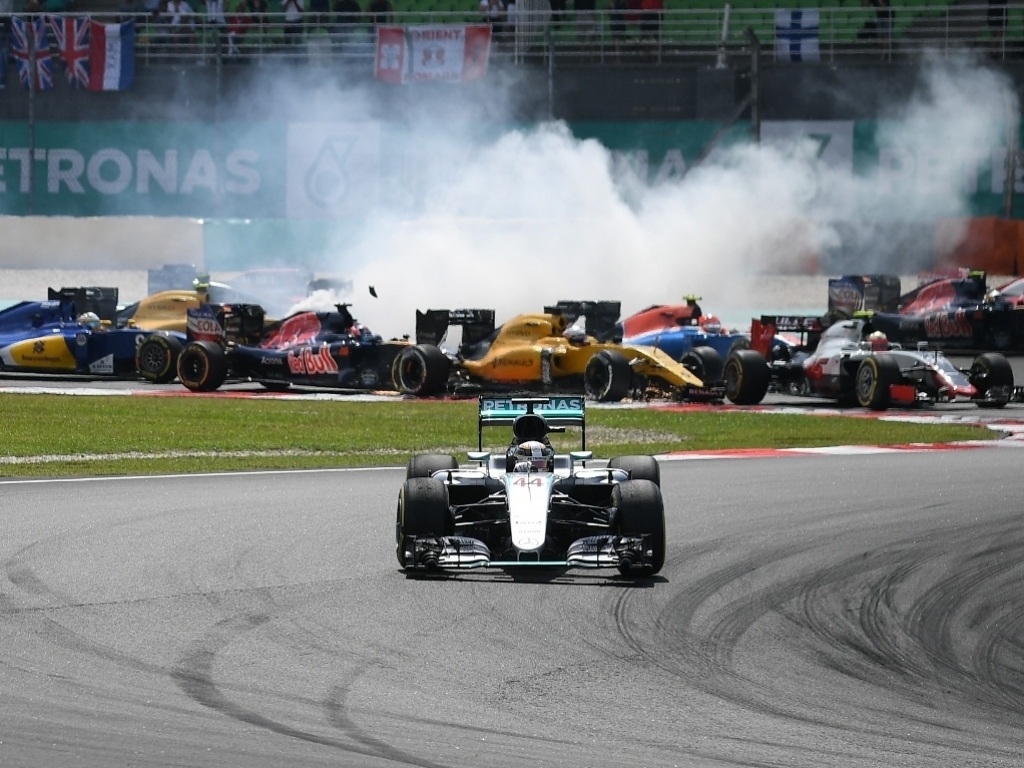 Is Lewis Hamilton reading PF1’s readers theories? Was Max Verstappen hard done by Red Bull? And is Vettel overdoing it on the first lap retirements? Check out what our readers have said…

In case you missed it, this is what Lewis Hamilton told Sky Sports: “I’ve just got to move on. I just can’t believe that there’s eight Mercedes cars and only my engines are the ones that have gone this way. Something just doesn’t feel right, it was a brand new engine… it is what it is. It’s just odd, there’s been like 43 engines for Mercedes and only mine have gone.”

Lewis ‘’the engine wrecker’’ Hamilton
Des Pearce
If it’s only your engine, Hamilton then you need to ask yourself what are you doing differently in your driving style. I remember Mansell……very fast but he was known as an engine breaker. No conspiracy!

Thierry Adam
The poor little princess the ” everybody is against me routine ” shows how pathetic the guy is. Nico will be a better world champion and restore some dignity in the role

Elementary, my dear Hamilton
Paul Smith
‘Nothing clears up a case so much as stating it to another person.’…..‘Eliminate all other factors, and the one which remains must be the truth.’…….‘…when you have eliminated all which is impossible, then whatever remains, however improbable, must be the truth.’ – Sherlock Holmes

Which side of the garage are you on?
Chris Woodyinc
Merc is discrediting Nico Rosberg when he wins the championship because only wins when his team mate has a problem with his car and when he himself is cheating …….not a worthy champion for such a big brand but he is German

Christian Clarke
Rosberg is so undeserving it is almost a joke, he barges into other drivers. Mercedes obviously want him to win the championship, what a farce. Not even worth watching.

Was Verstappen robbed of a victory?
Dave Hands
I am a little puzzled as to why Verstappen was brought in to change his tyres when the ones he had were perfectly capable of going to the end of the race. Ricciardo would have been faster on the softs but would he have been able to catch and pass Max? I think RB decided that they wanted a Riicciardo win as they had robbed him of one twice this season at Monaco and Spain. Credit to Max playing happy but he knows that his day will come again.

Folkert Eggenkamp
Well deserved win by Daniel, but I feel RBR has kinda screwed Max out of the win today, like they did with Daniel in Spain. Max was very unlucky to have been again hit by Vettel and ruining his race.

Some mixed reactions over Vettel’s retirement…
Barry James Davies
How many more times is Vettel going to be out on the first lap ?And of course It wasn’t his fault… Could be time fo Ferrari to let him go….

Steve Fuller
Hey, I just reviewed the footage of the start, in what way was that Vettels fault? He just blaste down the inside of Vestappen fair and square and then Nico drove across his front, he wouls not have been able to see Rosberg, it was just an unfortunate bit of bad luck.

Jenson Button’s 300th start….. and the 300th conspiracy theory.
Richard S. Elkin
It’s quite simple…Button did not have the upgrades to the engine this past weekend that Alonso had. Yes. Alonso, because of his starting position, was more agressive. But Jenson’s race made less specatacular by the FIA doing the virtual safety car just a couple of laps after he had made his stop, and effectively gave all the other cars that had not pitted a “free stop”. He had been running from 4th to 6th pretty much all of the race, prior to what happened…He has nothing to be ashamed of…15 GP wins and a WDC are surely some things he can be very proud of…

Marcia Riley
So he felt he could have achieved more, story of his Racing career , bet his school report said could try harder. Button flatters to deceive.

And finally, PF1 readers share their thoughts on Ricciardo’s emphatic race win
Daniel Winward
Four different people drinking shoeys on the podium with the crowd cheering every one. That was a fun podium.