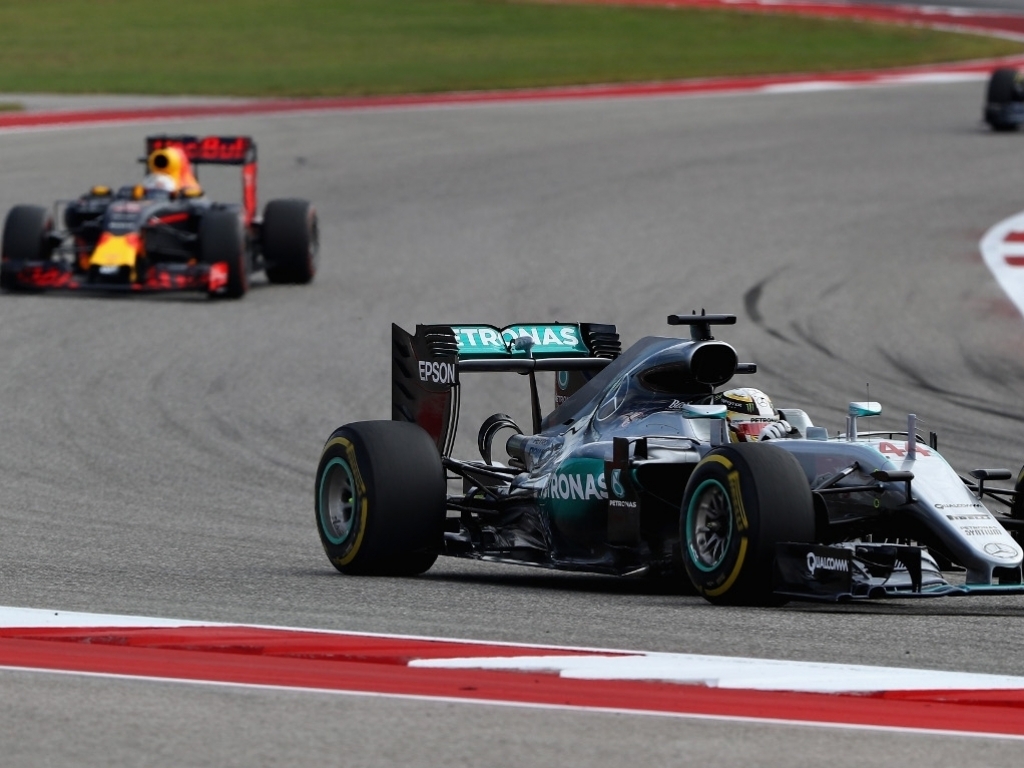 Do you buy Nico Rosberg’s denial of playing it safe? Is Lewis Hamilton fighting a losing battle? Who was in the right during the Felipe Massa and Fernando Alonso battle? PF1 are at it again with the best comments of the USA Grand Prix weekend.

The ‘ifs’ and the ‘would haves’’pour in for Hamilton’s title challenge
Matthew Roberts
if lewis had the same reliability as nico this season,he’d be leading the championship,despite the bad starts,which sais alot.

Wendle Spanswick
He would have been 25 points nearer to nico, if he didnt crash into the guy in front of him in Spain.

Dennis Ishengoma
He could have finished 3rd yesterday, hadn’t the safety car happened! Redbull let Daniel down once again..

John Smith
If Rosberg doesn’t win this year with all the failures Hamilton has had I suggest he will be the one having a mental breakdown.

PF1 fans didn’t seem to buy Rosberg’s ‘didn’t play it safe’ remark
Juan Gonzalez
He did play it safe and his tyre strategy is evidence of this. He can say he went flat out all the way but he himself on the radio was talking about not wanting to push.

Bankole A. Johnson
A boring Sunday drive by Rosberg. No interest in even racing…just happy to troll around in 2nd place. Pity for the fans who had to watch this snooze fest. Cowards can win…not always does the race go to the brave. Wish Red Bull had more in the tank…But they are probably now focussed fully on the 2017 car since their nearest rival, Ferrari, is in full implosion mode

James Stoffaire
This is a dangerous game Nico is playing. With three races left his play it safe strategy could very well backfire and bite him in the ass.

Fans also weigh in on the Alonso/Massa battle after the former Ferrari duo blamed each other for the incident
Jamie Gilbert
It was a hard overtake, but it probably looked worse than it was because Massa didn’t see him coming so he turned in. Nice to see some racing for a change.

Allen Johnson
i see it as just a racing incident, and it was great to see alonso going for it again , the mclaren seamed to have a lot more pace near the end of the race, what happend did alonso turn everything up in the honda.

Antonio Dias de Toledo
Massa was following another car, which made a mistake in that corner. To avoid a shock, Massa changed his way. Alonso was left with no room. Racing incident.

Pietro Di Meglio
The old Ferrari boys still at it! I personally feel Alonso was more to blame here.

Carlos R Ponchio
Massa could not pass Sainz. In fact Massa would have a hard time with Manor. Soon after Alonso took sainz too.. He is a true racer.

And finally, this reader asks the most important question of the weekend…
Phil Crowley
So, what did DR say to Rosberg when he came into the cool down room? I’m pretty sure I heard it right, and I think it might explain why Rosberg smiled and said ‘What did you say again’ as the camera came in closer. Anyone else hear it?