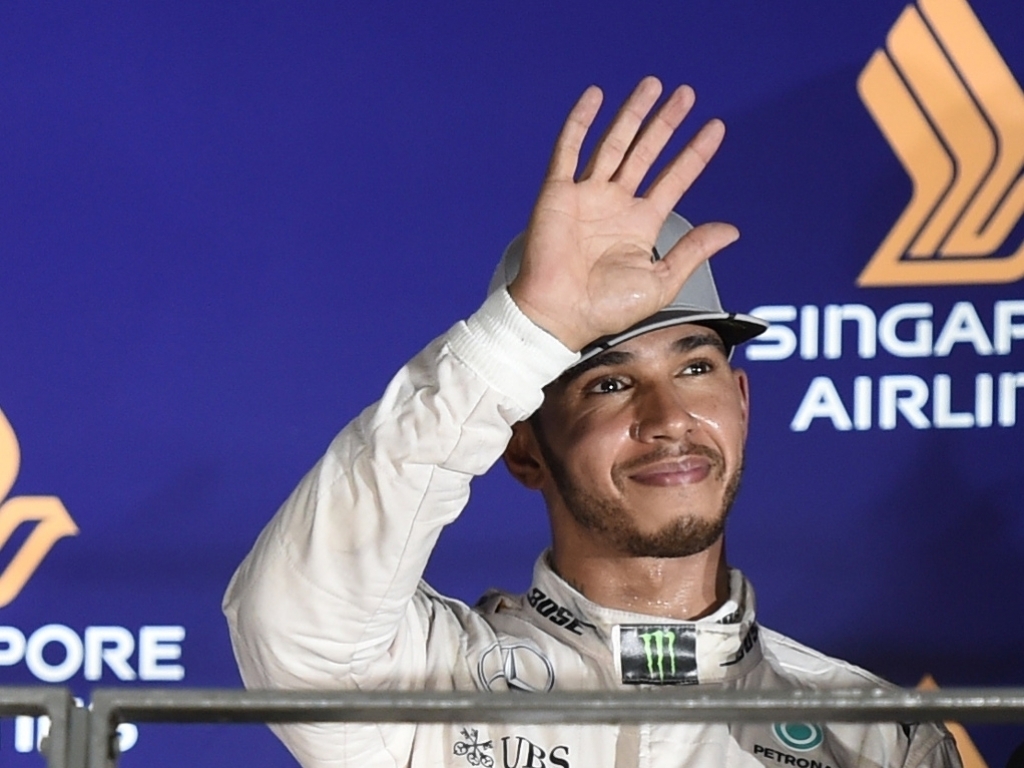 Is Lewis Hamilton putting on a fake smile? Do engineers have control over a cars power more than the driver? Is Fernando Alonso still in dreamland? And PF1 readers air their frustration on the Ferrari duo…

One particular PF1 reader feels Hamilton needs divine intervention to win his fourth World Championship…
Andrew Campbell
I don’t believe anything from Toto Wolff or Mercedes anymore. They have such a history of telling lies that even if they are true in any statement going forward, not many people believe them. Wolff has clearly stated that this championship will go down to the wire and Mercedes have master minded and manipulated it in such a way that what they do seems genuine to the average person who don’t understand racing. Hamilton body language gives it all away as he knows what is going on behind the scenes and is not comfortable with having to pretend that all is well within the team. Only the hand of God can win him this championship now as the powers that be are intent on giving Rosberg the championship. Hamilton has to pray for divine intervention as he cannot depend on his ability alone especially when he is coming up against the likes of Wolff, Lauda et al who are all doing little insignificant things to the normal eye, but very important things to break, frustrate and shake his confidence.

Daniel Ricciardo – the nearly man
John Bull
I bet Hamilton wishes he had never asked for some competition after the last race. Ricciardo certainly give him his wish and beat him.
Hammy fans, don’t give us the ”he was let down by his team, or he was sabotaged etc”
Well done Dan you nearly beat the pair of them. Not bad for a soft drinks team eh!

As usual, PF1 fans aren’t afraid of telling us their theories and conspiracies about Mercedes
Jimmy McSporran
Oh how I love to see that forced “I’m unhappy” Hamilton grin on a Sunday afternoon.

Devin Hammond
If you are just figuring this out now, you have a problem. Any who believes it was racing only when Lewis was in the lead are delusional. Perhaps after Lewis got his ” well deserved ” WDCs these last 2 years Merc have actually let them have a little more freedom, but are not stupid enough to allow another Spanish GP to take place.

David Leonard
I’m sick of this: “Hey my car need to be faster .. help me”.

It seems like the engineers have more control of a car’s speed during a race than the driver. All of a sudden Hamilton and Nico get extra power when they ask for it. WTF!?!

It’s not good for the fans … there is no way to tell if what we are seeing is the driver or a setting on the car. Variable power rates / fuel rates and buttons for passing should not be allowed in F1. ESPECIALLY when the driver is told which ones to push.

ECUs are managed by the FIA and so should the displays and buttons on the car. I wan’t to see the drivers fight it out and manage their cars.. not some engineer using black magic from the pits.

Sheila Tan
Rosberg knows he can afford to crash into Hamilton again should he be challenged on track to keep his championship lead. Saying he is not focused on the points is a lie.

Following his comments about a McLaren podium, many believe Alonso hasn’t woken up from his dream in the last race…
Tanvir Ahmed
Maybe in his dream it also includes Jenson crashing in the right time for a safety car . . . Lmao

Jules Jules
wow it´s been that long he is only left with faint hopes and dreams.. thats not how it´s suppose to go…

Ronald Blaker
Superjob from Alonso? For what? For only finishing infront of slowercars and still behind Vettel, who started dead last? LOL.

Applause flock in for Vettel
Nuno Becker
Not by chance elected the Driver Of the Race on the F1.com. enquiry. Starting 22 and finishing 5fth isn’t bad, not bad at all…

Gavin Millar
From the man a lot of people say doesn’t know how to pass. Well done Seb. While not my favourite driver, surely one of the greats already.

Marcia Riley
Give Vettel his due, he pulled off a similar result in Brazil 2012 after being Holed and spun around, in a Redbull which had lost its Aero advantage he came from the back to finisn 5th (I think) ….. cynics will remember 2 Torro R’s pulling over to let him pass, whilst Schumacher in a Merc all but waved him through.

But no applause for Ferrari
Jose Alvarez
Stupidity by ferrari showing lack of trust in their own car and driver. lewis would have had to close a gap if atleast 24 seconds to kimi if they left kimi out, instead ferrari basically undercut themselves and gave up a podium.

With great power, comes great reasonability, and some critics. Yes, Chase Carey, these comments are about you.
Kurt Inza
I am not sure what is going on here and why so negative towards the US. I am European but have lived in the USA for the last 14 years. I follow road racing in general and there seems to be a whole lot more followers to that type of racing than some morons in Europe think there is. I am not saying that this deal is great or anything but generalizing so much is just not healthy or fair. Btw the US has some phenomenal race tracks like Laguna, Road America, Austin, etc.

Leali Delalic
More American races means changes to the racing format ala Nascar style. Come 2020 there will be no f1 as we know it and we csn all thank Bernie for it.

Raul Pasca
Great, from one rich greedy person to another. Making money is their only interest. Not looking forward to what Carey and Liberty Media come up with. Having one person in charge seems bad enough, but a group of them is going to be a nightmare.