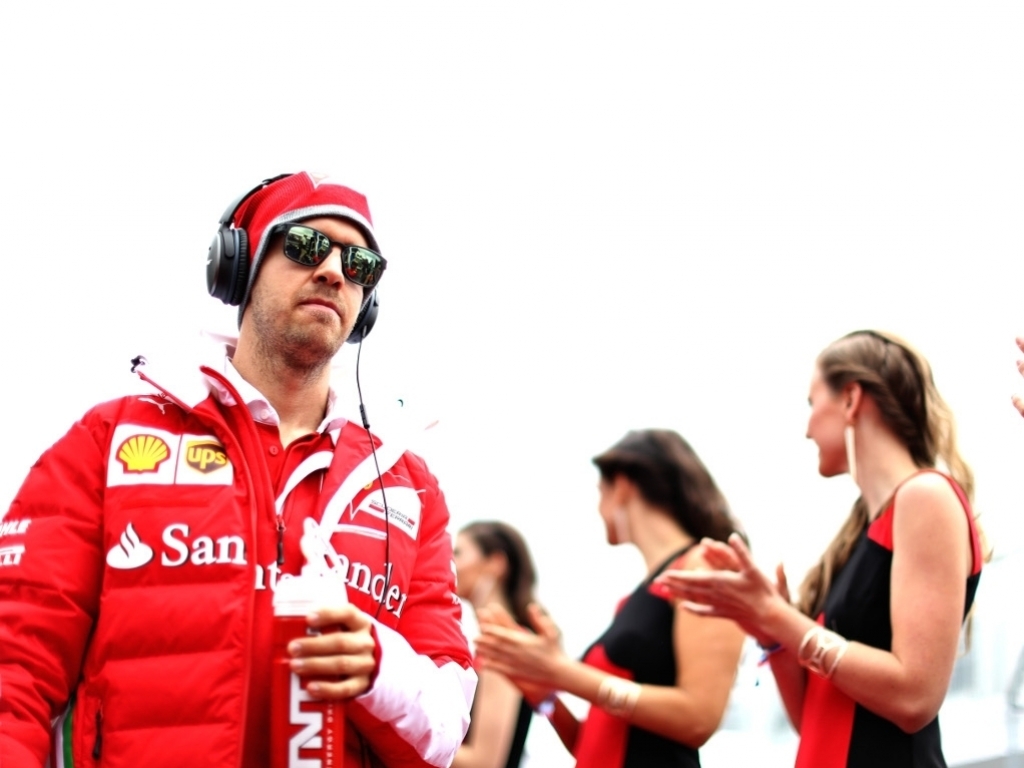 Should Vettel have used Hamilton’s lawnmower trick? Does Verstappen have a target on his back? And finally how is Rosberg actually fighting? PF1 fans are it again with the best comments of the Mexican Grand Prix weekend.

Should Vettel take gardening lessons from Hamilton?
Warren Bond
Vettel should have used Hamilton’s clever trick to avoid moving under braking. Don’t brake at all and hope the stewards reinterpret the rule you just broke.
Apparently, you’re now allowed to gain an advantage by going off the track, as long as it’s not a “lasting advantage”, whatever the hell that means.

Is Max too dangerous?
Kevin Farley
Why bother running the races on Sunday? F1 is a mismanaged joke. I like Ricciardo, but this is chickensh*t garbage. Max should be banned for one race minimum, and Red Bull should be fined. When Max kills somebody, the stewards, Bernie and the FIA wankers will wring their hands and blame it on the drivers.

Jose Lopez
Verstappen was fully aware that he had to yield his place to Vettel. Look at the video closely, he was trying to hold back Vettel to give a chance to Ricciardo to ovetake him. That is why he stayed on track. Charly lost the plot here. He should had acted inmediatelly.

Tey Hwee Wai
Max is driving like I do in video games.

Richard Grandjean
Verstappen should have pulled over immediately. There was no excuse for Vettel’s language, but his driving should not have been penalized. What BS.

Ronald Meesters
BTW, Vettel has more points on his license then Verstappen. (6 vs 4)

Richard Fletcher
Tell me Verstappen doesn’t have a bulls eye on his back! Other drivers (Ferrari, and Haas drivers by extension) will be gunning for him now. And should he ever be in a position in future to be fighting for track position something tells me the pay back will be entertaining!

Is Rosberg really that generous?
Ken Stalder
Rosberg is letting Hamilton win. He knows he’s such a baby when he doesn’t. 2 more 2nd places and Hamilton can pad his wins and Rosberg will have his 1st and last world championship. I’m not a fool here, Hamilton is much a better driver. What remains to be seen with the 2017 spec cars as to whether Mercedes can provide a superior car that hambone can prove it. Hell, put Pastor Maldonado in the best car on the grid and he would be WDC, unless, of course, he thought it was just a demolition derby.

Anthony Farrell
He’s playing the long game. Take each race as it comes and don’t take any daft chances.

Not a fan of Hamilton’s grass cutting
Manuel Ambás Vega
This is absolute rubbish!!!! I admire Hamilton, although I consider myself a kimi fan. This is not an attack on Hamilton, I repeat, NOT an attack on Hamilton. I strongly believe HAM should have been penalised after cutting turn one. Max was. I mean, where is the stewards criteria consistency?!?! Vettel penalised for moving under braking, max penalised for cuttin and gaining an advantage… and Hamilton?!?!? Come on people!!!

And finally, some more messages for Charlie Whiting
Michael Reifenberg
Can I tell Chrlie Whiting to F### Off too! The constant rule changes and “interpretations” are killing F!! Remember how the season started with the dumbest qualification sessions ever! Let the drivers race and make the damn run off areas the same some have foam barriers to go around other gravel others smooth grass that do nothing! And keep the cars in the white lines period. Idiots are killing a great sport!

Ken Stalder
Paul Stone well crap, I don’t think Charlie f****** Whiting nor race control know the rules.. they make them up as the go alone. Button is penalized for trying to get info over the radio and then the next race it wasn’t a crime.