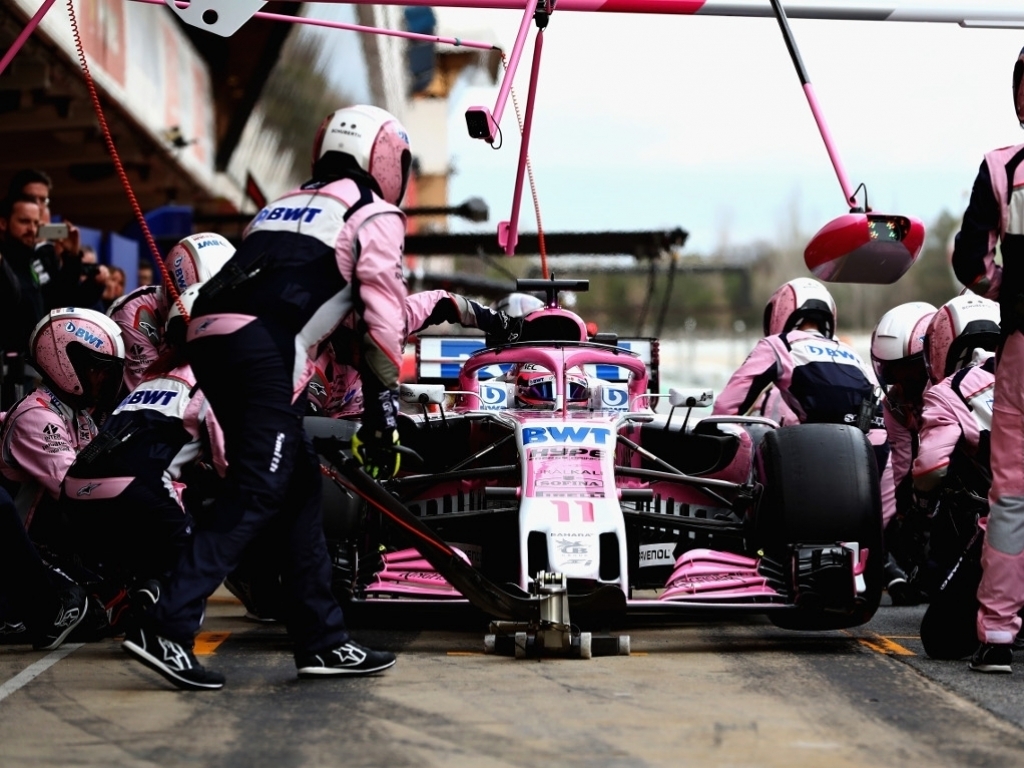 Although F1 is less than half way through this campaign, Force India says “realistically” they cannot catch Renault in the battle for fourth place.

Renault, once again a works team, have made a stellar start to this year’s championship.

The team have scored 62 points, including five doubles, while Force India have managed just 28 points.

Yet to get both cars inside the top ten at the same race, Force India deputy team principal Bob Fernley reckons Renault are already too far ahead.

“Realistically the battle now is for fifth place,” he told Autosport.

“I think it will be very difficult for any of the midfield teams to overtake Renault at this point. Nothing’s impossible, but they are very strong.

“They are doing what we were doing last year, when everyone else was taking points off each other.

“We had a good first half of the season with a car that probably didn’t deserve to be in the points, but was in the points on a regular basis.”

The team suffered a double DNF in France last Sunday where Esteban Ocon was a lap 1 casualty while a water pressure issue put Sergio Perez out of the grand prix.

“With Esteban’s spin in FP1 we lost quite a bit of track time in terms of our long-run programme, then the incident with Checo’s lost wheel in FP2 meant both cars had to sit it out until we knew what it was.

“In FP3 it was wet, and we couldn’t get the set-up we wanted for qualifying.

“And then the race went from bad to worse. It was a little bit beyond bad luck I think.

“Esteban was hit by Grosjean, and then Gasly. Grosjean just drove straight into him on the pit straight, and did a lot of damage to the side.

“It was a big hit and it was expensive in that we’ve lost a lot of points.

“Checo was losing water pressure, so we couldn’t take a chance.

“Once we knew that it was dropping it was pointless continuing, because the last thing we need to lose is an engine. It’s definitely not damaged, it’s fine.”