Home Uncategorized Reasons To Be Cheerful: Part One 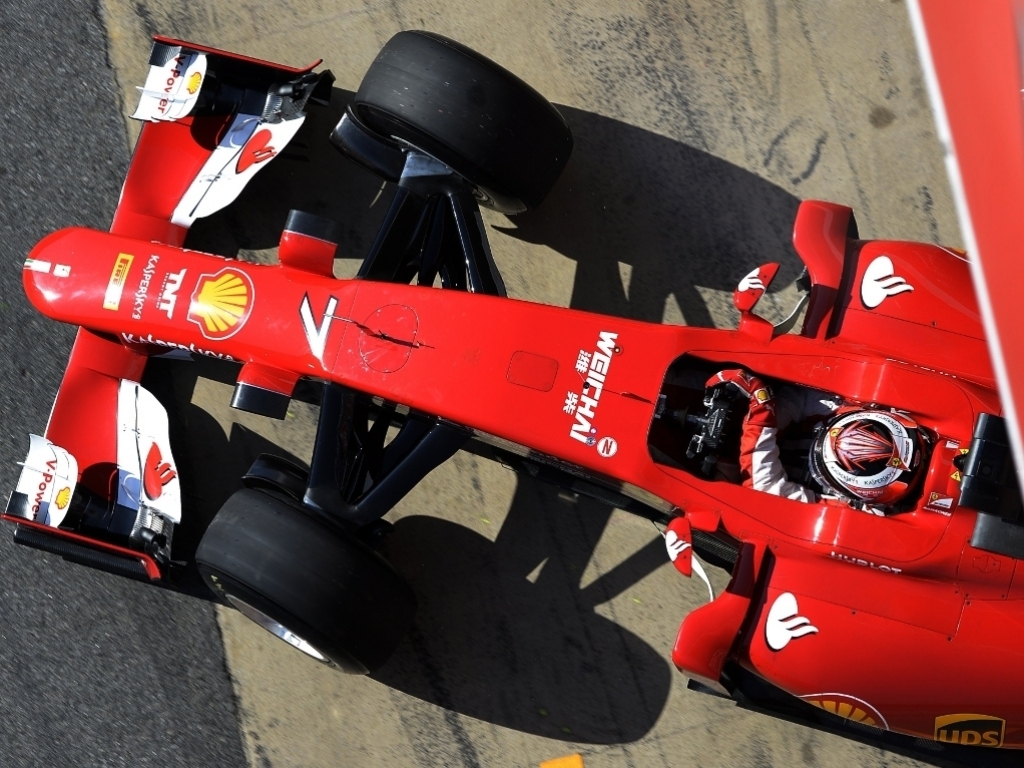 We’re only halfway through testing in 2015, but already there are many indications that 2015 could be a bumper year for F1…

*  Ferrari boss Maurizio Arrivabene says that Kimi Raikkonen is a changed man this season – relaxed and talkative – yes, talkative – and helping out the mechanics. This season we have an engaged Raikkonen who is confident with the SF15-T, the results of which can be seen from the timing screens with Kimi at or near the top on most testing days.

*  Likewise Sebastian Vettel looks instantly at home in the Scuderia. Arrivabene has described his approach as “like Michael Schumacher’s” in so many ways. Schumacher arrived at the team as a multiple world champion and gave it the kick-start to success it needed at the end of the 1990s.

*  The titanium sparks from the skid trays are going to make the TV coverage look a bit more spectacular this year as cars overtake, coupled with the fact that the new nose jobs make them look far more aesthetically pleasing.

*  Although it’s not been calibrated scientifically, there’s even a rumour going round that the cars are louder  this year…

*  Manor Motorsport have been allowed out of administration by their creditors. The former Marussia team have been given a supply of 2014 engines by Ferrari, and providing they can get to the grid by the time of the Bahrain Grand Prix they could be in line to pocket the £30million in commercial revenues due from finishing 9th last year. Thus the grid will be back up to 20.

*  Renault have been making noises about buying a team and returning to the grid as a fully-fledged manufacturer. The most likely target would be the former Renault team at Enstone – currently badged as Lotus. Former Benetton/Renault/Enstone man Bob Bell has left his role at Mercedes and could be the man to take charge.

*  Talking of Lotus, the new Mercedes-engined Lotus E23 looks a lot more potent than its Renault-engined predecessor. Despite losing a lot of technical staff Lotus are hoping they can take on Force India this season in the mid-field.

*  The new McLaren-Honda may not have its reliability sorted out, but the neat packaging of the engine unit and the few fast times its put in ‘out of the box’ bode well for a time when they can get it to work without seals failing or sensors cutting in.

*  Although testing times can be deceptive, Daniel Ricciardo finished on top of the timesheets on Day Two for Red Bull and put in 143 laps. That amount of laps was about as many as the team had put in up to this point in testing last year.

*  In a season where four engines will have to last all year, the nine teams managed 946 laps between them on Day Two. Proof, if proof were needed, that in this brave new world of hybrid engine technology, rapid progress is being made. With cars running into the gravel on cold tyres and bringing the red flag out as a result, there’s an argument that teams would have cracked the 1000-lapmark if they’d been testing somewhere warmer.