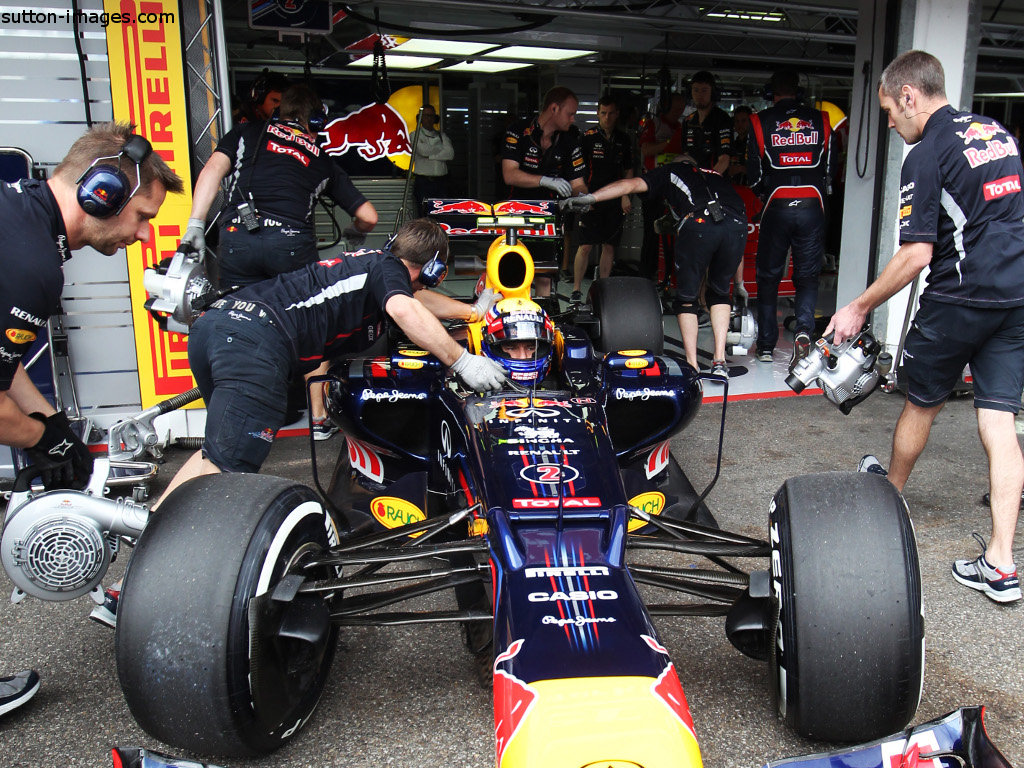 Red Bull will not be penalised for their torque map irregularities, according to the German GP stewards…

Red Bull will not be penalised for their torque map irregularities, according to the German GP stewards.

The reigning World Champs were called up before the stewards on Sunday morning after FIA’s Jo Bauer found irregularities in their engine mapping.

According to Bauer the team were “in breach of Article 5.5.3 of the 2012 F1 Technical Regulations as the engines are able to deliver more torque at a given engine speed in the mid rpm range.”

The stewards, though, disagreed with the FIA’s technical delegate.

The statement from the stewards read as follows: “The stewards received a report from the FIA technical delegate, along with specific ECU data from Red Bull Racing cars #1 and #2. The Stewards met with the team representatives and the representative of the engine supplier Renault.

“While the stewards do not accept all the arguments of the team, they however conclude that as the regulation is written, the map presented does not breach the text of Art 5.5.3 of the Formula 1 Technical Regulations and therefore decided to take no action.”