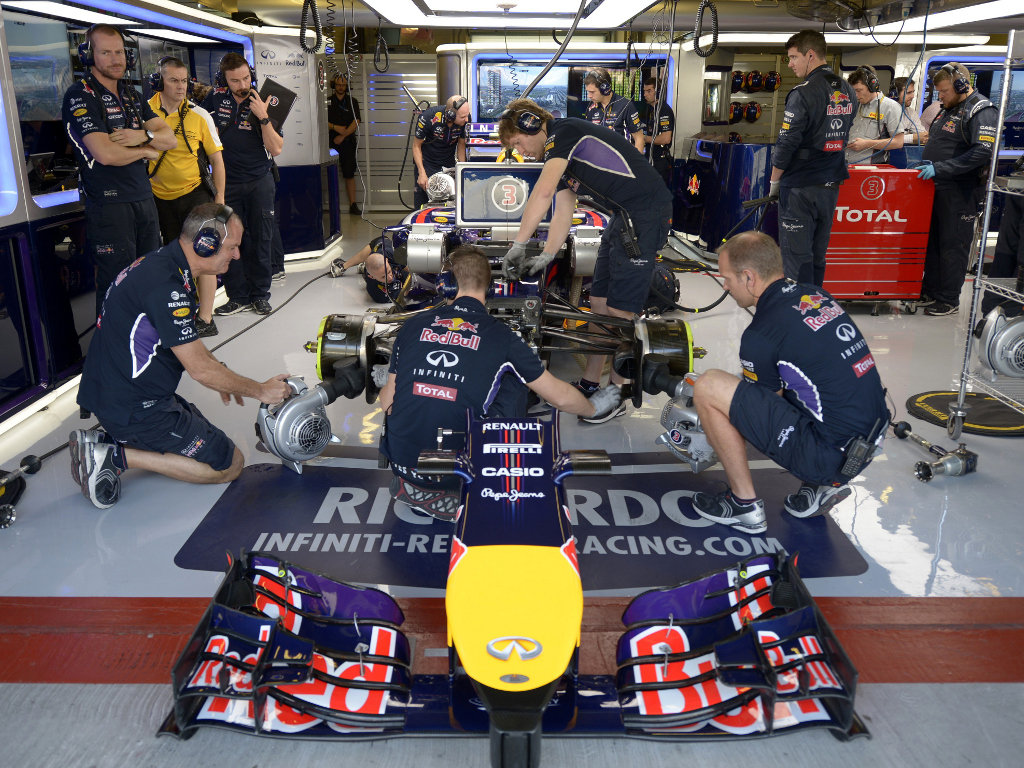 Red Bull duo Daniel Ricciardo and Sebastian Vettel will start the Abu Dhabi GP from the back of the grid following controversy over their front wing.

The team were forced to do some explaining to the stewards after the FIA declared there was excessive flex in the front wing flaps on both their cars during qualifying.

Ricciardo qualified fifth fastest at the Yas Marina Circuit on Saturday with Vettel one place lower, but FIA delegate Joe Bauer has found that the front wings on both RB10s were too flexible.

Bauer ruled that “the front wing flaps on the two RB10s were designed to flex under load, and in his opinion therefore fail to comply with Article 3.15 of the Formula One technical regulations which limits moveable aerodynamics”.

The pair were excluded from qualifying and Red Bull later issued a statement to say they will start at the back of the grid, but feel they are being “singled out”

“Following the decision of the Stewards regarding the front wings on both our cars (Car 1 and Car 3), we are disappointed that we have been singled out for a front wing deflection test when it is clear that other teams are interpreting the rules in a similar fashion,” the statement read.

“The team accepts the decision of the Stewards and will start the race from the back of the grid.”