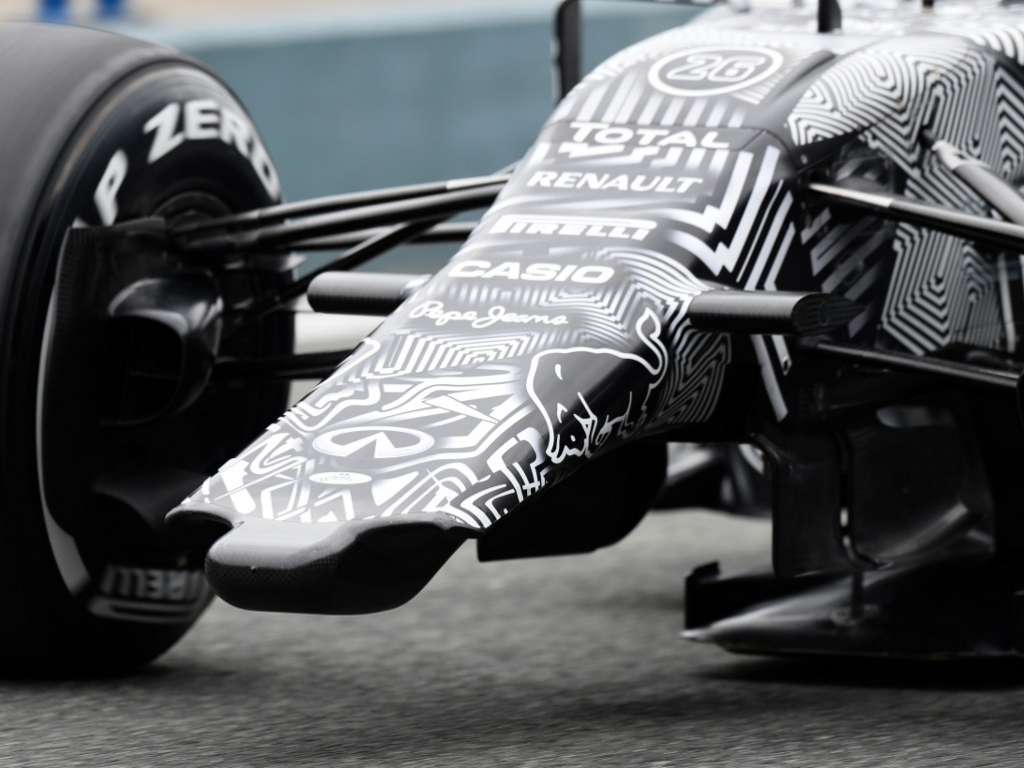 Red Bull are supposed to give you wings, but that didn't materialise for the F1 team on Monday after their only front wing was damaged.

Daniil Kvyat was behind the new RB11 on day two of testing in Jerez, but the Russian went off the track early on and caused extensive damage to the front wing.

With it being the first pre-season test, Red Bull are still in the process of building spare parts and an extra front wing is one of the things they didn't have in the south of Spain.

Team principal Christian Horner, though, says they will fly in a new one later today.

"Unfortunately Daniil had a very slight off on an install lap this morning on a cold track, was just changing something on the steering wheel, and between turns two and three just very lightly touched the tyre wall with the front wing," he said.

"It's the only front wing assembly we have in Jerez at the moment, which is relatively usual for this time of year when you're not abundant with spare parts. That's why we are running without the main plane at the moment. Obviously more components are coming down this afternoon, this evening and during the next few days."

Kvyat continued to test on Tuesday, albeit sans a front wing.

Soaking Up The Sun In Jerez