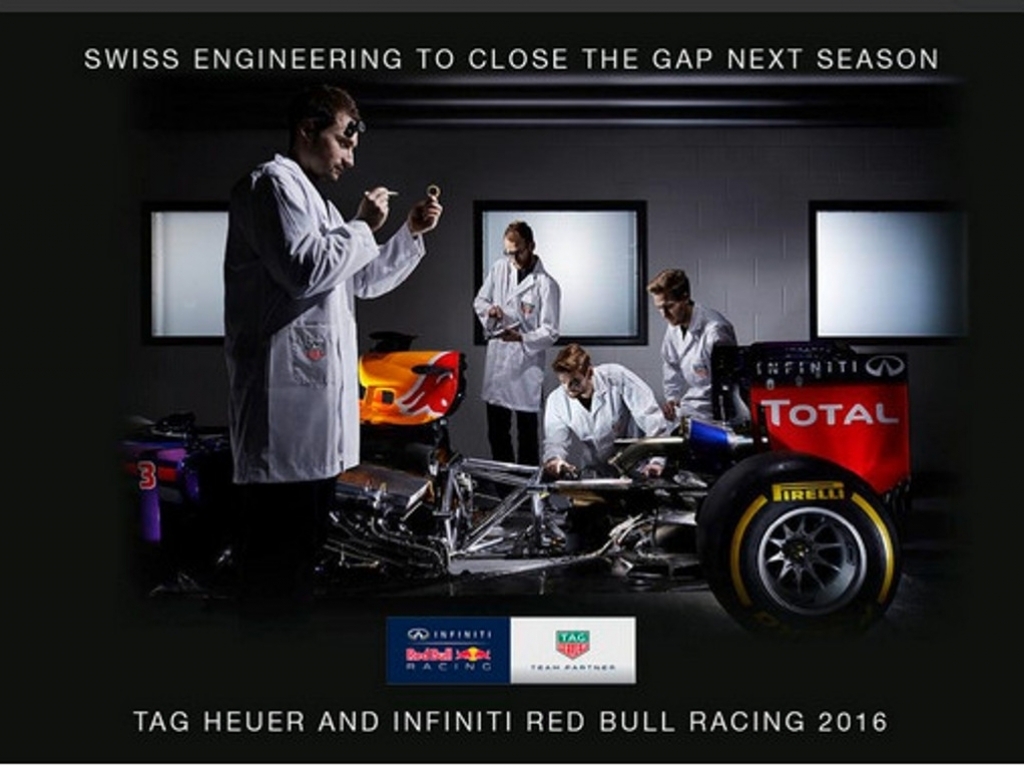 Red Bull Racing could run Tag Heuer branded engines in 2016, or at least that was the hint posted on Twitter.

Despite their issues with Renault throughout this year's championship Red Bull are expected to remain with the French manufacturer next season.

The engines, though, won't be branded Renault after the breakdown in the relationship between the four-time World Champs and their engine partner.

And although Red Bull have said little about their 2016 engine deal, other than to confirm that one is in place, they have been dropping hints.

And now the team has tweeted a pic of a Red Bull racer surrounded by engineers with the line "Swiss engineering to close the gap next season" adding "Tag Heuer and Infinite Red Bull Racing 2016".

It remains to be seen whether that means Red Bull's engines will be branded Tag Heuer but either way McLaren won't be happy about losing the company, with whom they had a 30-year affiliation, to Red Bull.

In the 1980s McLaren ran Porsche engines branded as TAG.