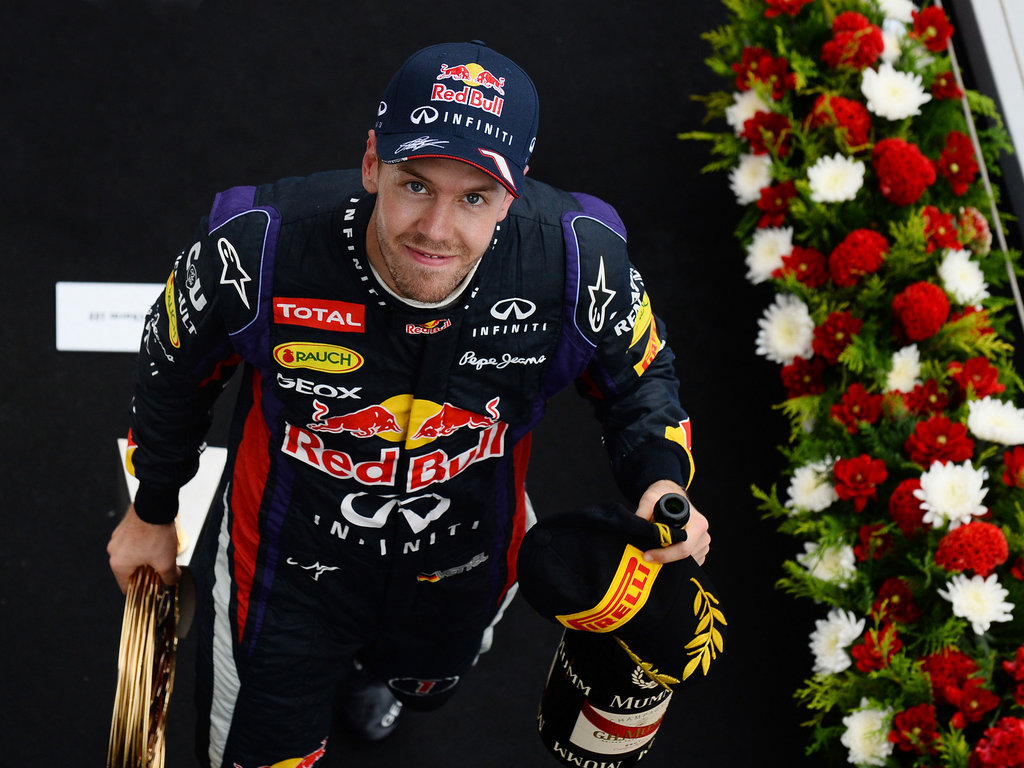 Red Bull team principal Christian Horner believes it is unlikely that Sebastian Vettel will wrap up the title in Japan.

Vettel could secure his fourth consecutive World Championship this weekend if he wins the Suzuka race and Fernando Alonso finishes ninth or lower.

However, Horner concedes their champagne is likely to stay on ice as Alonso usually finishes higher up.

“The likelihood of winning in Japan is extremely low,” said Horner. “When does Fernando Alonso ever finish ninth?

Vettel’s rivals, though, shouldn’t expect to have an easy time from now until the final race of the season at Interlagos even if Vettel wraps things up quickly.

“We will push all the way to the end of this championship, right to the chequered flag in Brazil,” Horner said.

“We cannot control what others do, but we can push ourselves, which is exactly what we will do.

“Seb is driving supremely well at the moment. The confidence he is carrying in the car, the discipline with which he is driving, is remarkable and he is on a great run at the moment.”