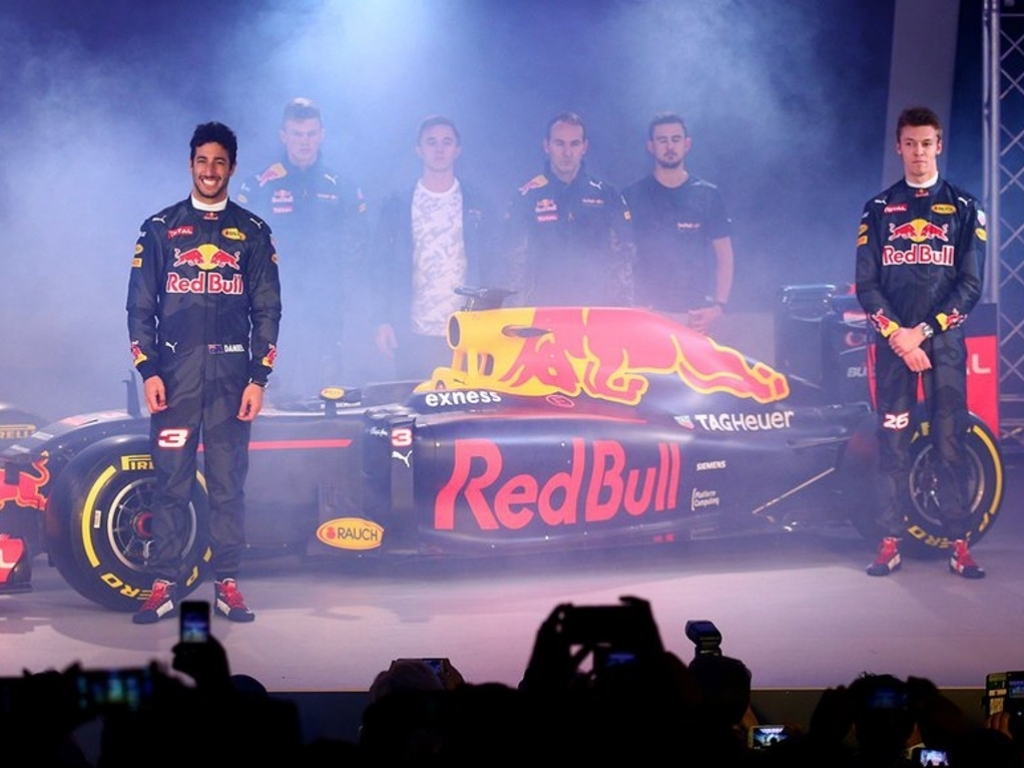 Forget the days of all-out launches, this season has seen the rise of livery launches with Red Bull the latest to display their colours at an event in London.

Following on from Renault's livery launch, Red Bull have taken the covers off their colour scheme for this year's championship.

And, like Renault, they opted to do so using last year's car, the RB11.

Taking place in London's iconic Brick Lane, Red Bull revealed a tweaked livery, sharper in design but still a predominantly blue car with a yellow engine cover once again featuring a red bull. The look has been wrapped up with a matte finish.

Added to that the Renault name has disappeared from the car as this year Red Bull will be running engines that are branded as TAG Heuer.

"We decided to go for something a bit more innovative and aggressive, with a fresh feel to it that will stand out in the crowd and stand out in a few more drivers' mirrors," team boss Christian Horner said of the revised livery.

Red Bull have retained Daniel Ricciardo and Danill Kvyat for this year's championship.

Although Ricciardo likes the look of the car, the Aussie admits speed is more important than the paint job.

"The new livery looks good, the car looks amazing," Motorsport.com quotes him as having said.

"Obviously for us as drivers we're more concerned about how it performs on track, but as long as it looks good that’s important as well.

"It looks good, the kit is cool – we got the whole stampede camo look, which is pretty funky. Hopefully it means some good results for 2016."