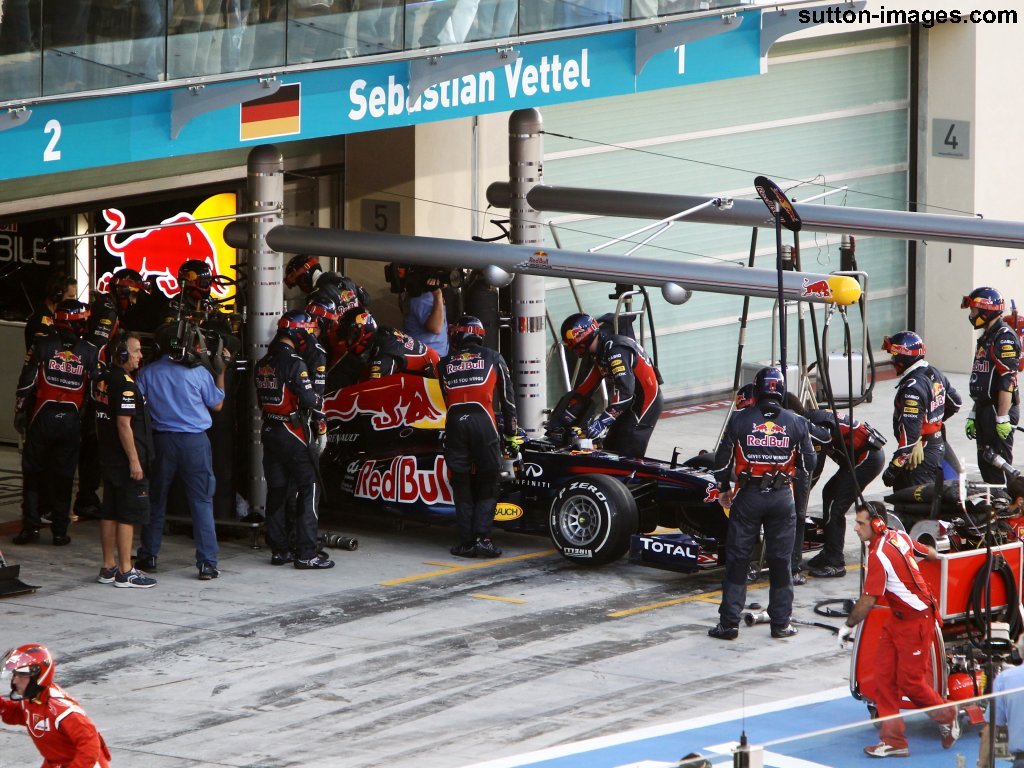 Red Bull and Pirelli will both launch an investigation into the cause of Sebastian Vettel’s puncture in the Abu Dhabi GP.

Vettel, who started from pole position, led off the line, however, the 24-year-old’s race was over before even the first lap when a right-rear puncture sent him spinning off the track.

The reigning World Champ limped back to the pits only to discover that he had also damaged his suspension.

“Together with Red Bull we’re still examining the remains of Sebastian’s tyre in order to try and piece together what happened,” said Pirelli’s motorsport director Paul Hembery.

“It certainly seems to be a very unusual incident. There seems to be no reason that is immediately obvious, and the set of tyres was one he had already used for qualifying.

“But until we know for sure, there’s no point in speculating.”

Red Bull team boss Christian Horner suspects it could have been a piece of debris that caused the problem.

“He just appears to have been unlucky, but we will now work with the guys from Pirelli to understand what the failure was,” he said.

“We need to piece things together from the bits of tyre carcass, the wheel rim, the data and video footage we have.

“The likelihood is the tyre has picked something up, it has cut it and it has lost pressure.”