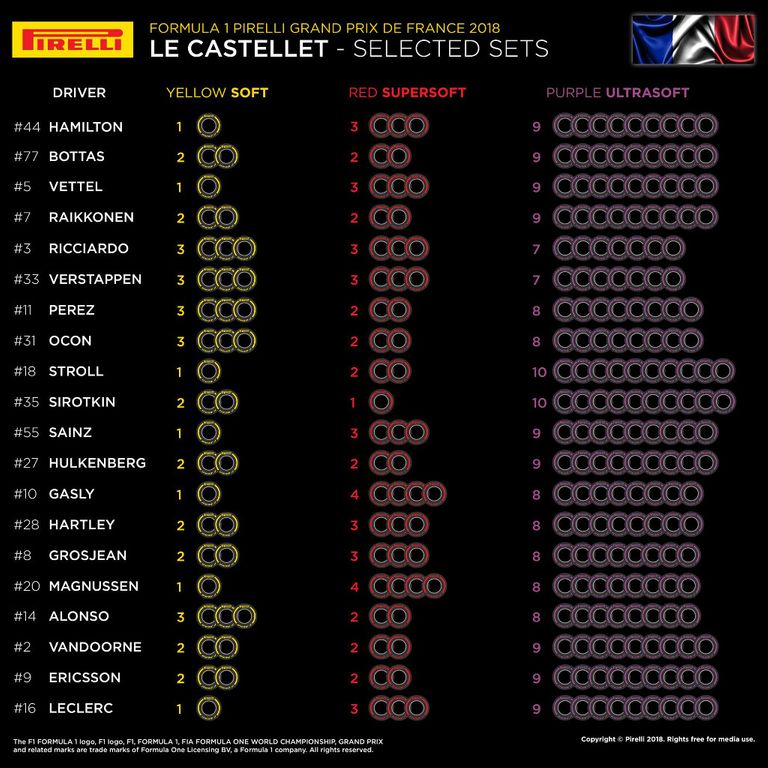 Red Bull have taken a conservative approach to their tyres choices for the upcoming French GP with seven sets of ultrasofts and three softs.

Pirelli are providing the ultrasoft, supersoft and soft compounds for the French GP, which will take place at the Paul Riciard Circuit; the same tyre options that were available in Melbourne and France.

Drivers have to take one set of each, after that it is up to them how they make up the remaining 10 sets of tyres.

While Lewis Hamilton and Sebastian Vettel have embraced the softer options, taking nine sets of ultrasoft tyres, three supersofts and only soft set, Red Bull have gone with seven, three and three respectively.

It is, however, Lance Stroll who has been the most daring with 10 ultrasofts tyres, two supersofts and one set of the yellow tyres.