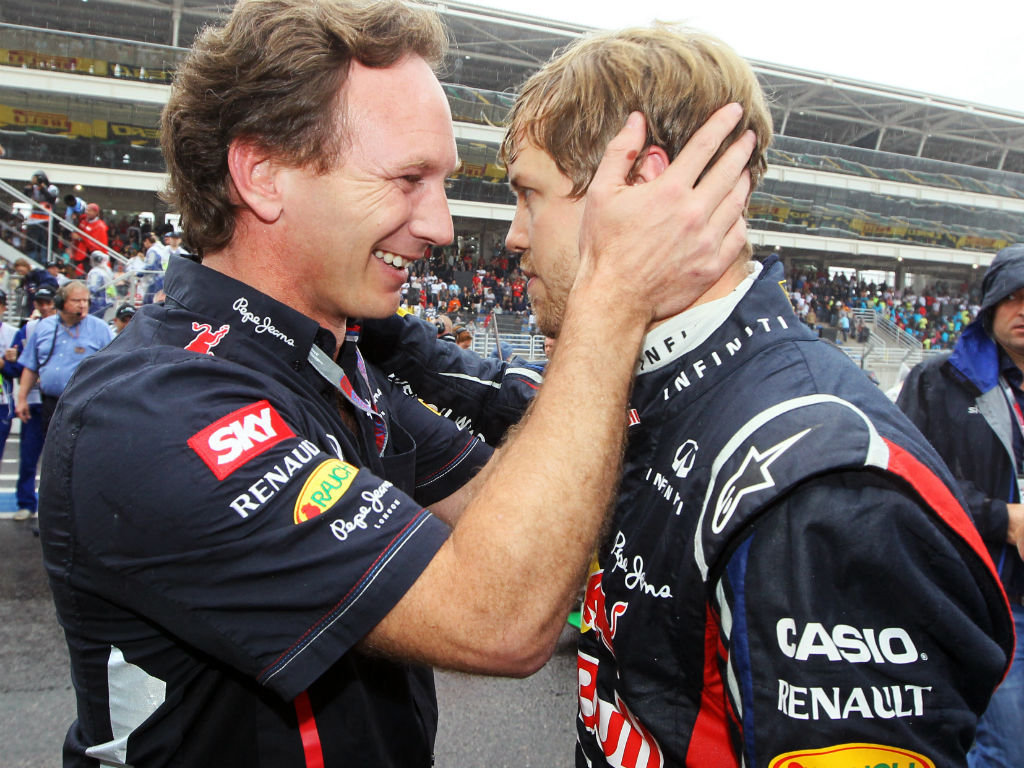 Red Bull are “not surprised” the FIA have ruled Seb Vettel has no case to answer regarding his overtake on Jean-Eric Vergne in Brazil.

In the wake of last Sunday’s season finale, in which Vettel claimed his third Drivers’ Championship after beating Fernando Alonso by three points, questions were raised by Ferrari about his move on Vergne on lap four.

Although it appeared to take place before the Red Bull driver reached a green light board, footage clearly shows a marshal waving a green flag on his left before he overtook Vergne.

As a result the FIA have made it clear that no action of any sort will be taken.

“We are pleased, but not surprised, that the FIA has confirmed there is no case to answer regarding the 2012 Brazilian Grand Prix,” Red Bull said in a statement.

“We are extremely proud of Sebastian’s incredible achievement and his third historic title, which makes him the youngest ever triple World Champion.”