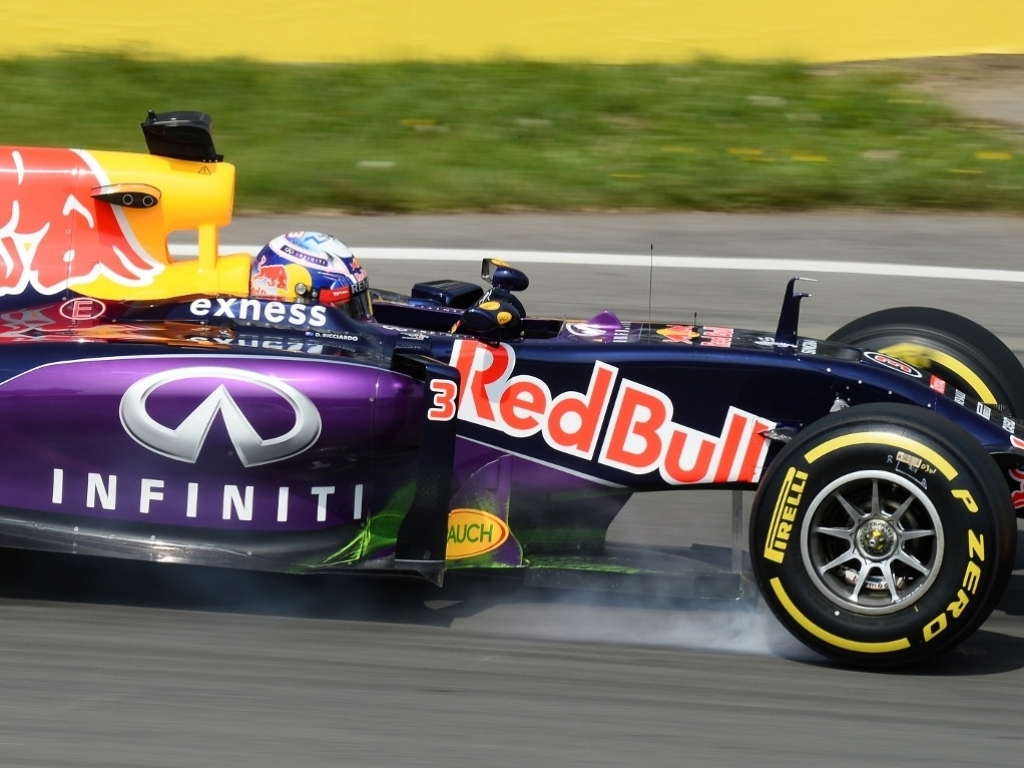 After a trying weekend in Canada, Red Bull head home in Austria hoping for better…

Daniel Ricciardo
Q: Like the majority of the field, last year you were an Austrian GP noob. What did you make of the circuit?
DR: Not one of our strongest but good nonetheless. It’s short, there aren’t a lot of corners – but the corners that there are good; there are a couple of proper quick turns and plenty to catch you out. It’s a fast track. You can have a good scrap as well. I finished the race in a really good tussle with The Hulk. Good stuff.

Q: Which are the signature corners?
DR: Turn One is pretty cool as it climbs up the hill. It looks tight but actually it isn’t, it’s pretty quick, about third gear, and it opens up nicely. Turn Two is interesting as you climb a lot into what’s quite a tight right-hander, going uphill and off-camber. The second-last corner as well, that’s quick too. It’s quite flowing. There’s two tight corners but the rest are quick – third gear and up.

Q: What impressed you most about the event?
DR: The buzz. With everyone camping around the track the atmosphere was like going to a festival – everyone sitting out in the sun, drinking beer, listening to music, up in the mountains. Yeah, I could go for a bit of that. Massive crowd of course, and genuinely supportive of the event. Not just the Red Bull teams but the entire grid. It was really noticeable on the drivers’ parade, which was by far the most lively of the whole year.

Q: You were the only driver to truly embrace the promotional lederhosen in 2014. Can you describe the experience?
DR: I was rather cautious so gave them a test run early in the week before rocking up in them on race day to maximise my Austrian Grand Prix experience. They’re surprisingly comfortable – a bit stiff at first but they come in after a while and develop a bit of give. I’m not saying they’re the thing for a 20-hour flight to Perth – but I reckon Oktoberfest, with a couple of beers… yeah, you’d be OK for a day.

Daniil Kvyat
Q: Austria returned to the calendar last year for the first time in over a decade and the general feeling was that it was a great weekend. Did you like racing there?
DK: First of all, I really enjoy the track; it’s a really good circuit. I already knew the track well as I had raced there before in junior series, so I was really looking forward to going back.

Q: What series had you raced there previously?
DK: I raced there in Formula Renault and also in Formula 3. [Dany won both races at the circuit during his 2012 Formula Renault 2.0 Alps campaign and was on pole and finished second in all three FIA European Formula 3 Championship races at the track in 2013]. It’s great fun to drive. Actually, I think one of the best circuits on the calendar. It’s fast, it flows well, the lap is pretty busy. It’s a good circuit and I have good memories of it.

Q: It is, of course, Red Bull Racing’s home race so there is a huge amount of attention on the team locally. Are you up for that?
DK: It should be OK. I was at Toro Rosso last year so we didn’t have too much pressure from a media point of view, certainly not as much as the Red Bull Racing guys, so it was pretty easy from my point of view. But it’s a good atmosphere and the team’s home race is obviously important. However, I don’t think you can let it distract you. It’s just racing in the end and I’ll try to enjoy the weekend as much as possible.

Q: For a lot of F1 people, last year’s race seems to have a really nice relaxed feel to it. Was it the same for you?
DK: Yeah, definitely. Last year we stayed about 45 minutes away in a small village, which was actually really nice. It was very quiet, very peaceful but maybe not the easiest place to get to! This year I think we’re staying somewhere a little closer to the track, somewhere a little more efficient in terms of getting to the circuit!