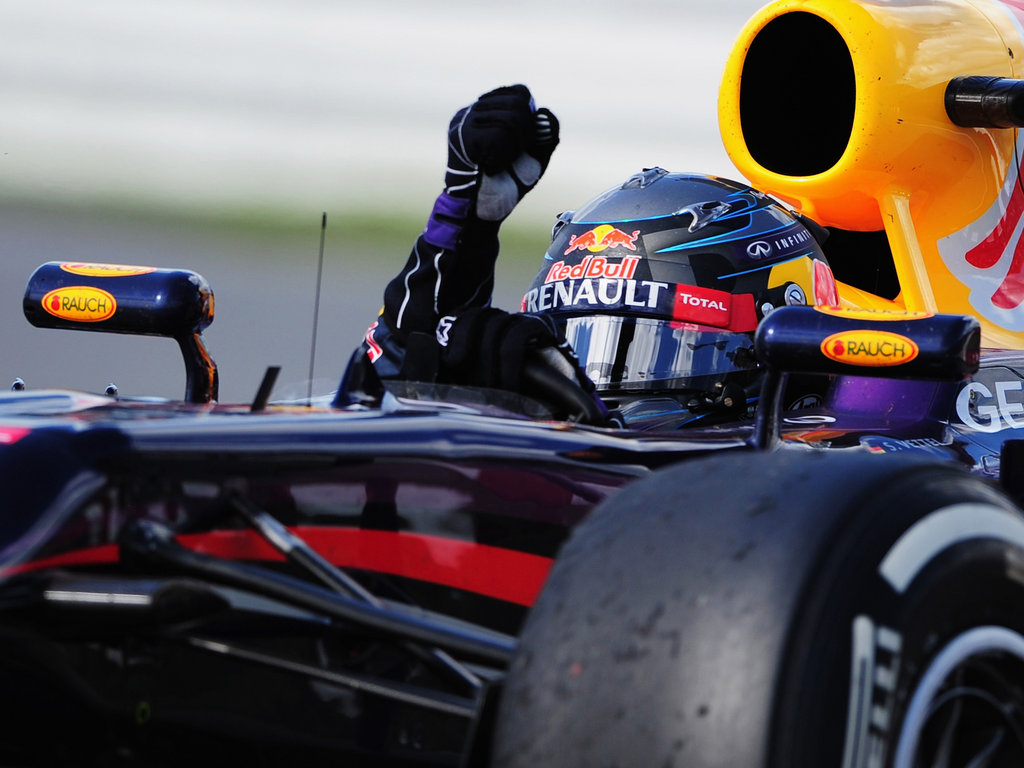 A favourite amongst the Red Bull drivers, both Sebastian Vettel and Mark Webber will be gunning for victory at Silverstone…

A favourite amongst the Red Bull drivers, both Sebastian Vettel and Mark Webber will be gunning for victory at Silverstone…

Sebastian Vettel:
Q: What do you like about the British Grand Prix?
SV: Apart from the unpredictable English weather, the British Grand Prix at Silverstone is a highlight of the season and one of my favourite tracks. It’s located only 30km from our factory in Milton Keynes and the circuit’s a real challenge. Even after the paddock and pit lane conversion, it remains a tough track. Only Suzuka can be compared to Silverstone – no other track on the calendar has such a sequence of superfast corners like Silverstone does. Copse Corner, Maggots, Becketts and Chapel are amongst the four best corners in Formula One – they belong together. You have to catch the first one perfectly, otherwise the rhythm is off for all of them and at the end, Chapel is so insanely fast. If you have driven properly in the previous three corners and the car is well tuned then you can drive through full throttle. You go through at roughly 270kph, really amazing! You don’t have long to think about it, so just give it full throttle and go. In the end, apart from all the technique, it’s about driving the car as fast as you can

Mark Webber:
Q: What’s your best Silverstone memory?
MW: I think the 2010 victory was pretty special – it was my first British GP win. It’s the home race for a lot of the team and it’s my second home race, as I live in the UK. The fans here are right up there with the Italian Tifosi; Formula One has been an integral part of UK motorsport for such a long time. The Silverstone GP is a brilliant weekend, it’s such a prestigious event and that’s why it’s so nice to get a great result there.

Q: What are your thoughts on the Circuit?
MW: It’s an old school circuit, fast and flowing. It’s very demanding on the driver in terms of accuracy, and the car also. You can really let the car go around there and feel like you’re a Formula One driver.

Q: Is there more pressure as the race is local?
MW: Not really, we want to do our best at every race we go to, there are 25 points for grabs at every one. I’m sure it means that little bit extra for the staff members and their families, as many will be watching onsite. They’re very proud of the effort they put in during the year and of the car and it’s their time to show it.