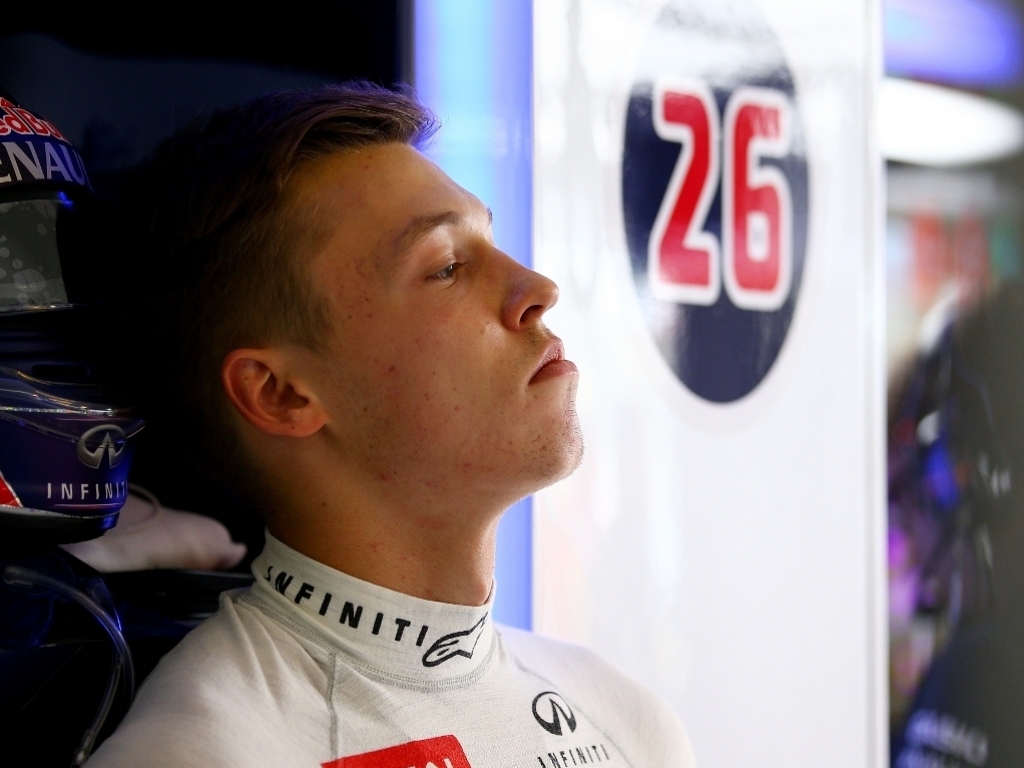 Daniil Kvyat
Q: We've just left one of F1’s big boy tracks, Spa, and we’re headed for another – Monza.
DK: Absolutely. Monza is my favourite track. Every corner just gives you the feeling that you are doing something special. Lesmo I and II, Ascari… every corner. Well, they unfortunately changed Parabolica a little bit. The changes there do make a difference. It isn’t quite the same experience anymore. You still have to push a lot and it still requires a lot of technique, but the problem is that even if you make a mistake you get forgiven. It’s not the same. But overall the track is still amazing. An important circuit for me in the past and I love it.

Q: Did you race there a lot when you were younger?
DK: Yeah, I won there a few times, in Renault 2.0 [Alps in 2012] and in GP3. In Renault I was on pole and won both races and in GP3 I was on pole, won the feature race and finished second in the sprint race. It’s a pretty cool feeling winning there.

Q: You lived in Italy for some time after you left Russia, does Monza feel a little bit like a ‘home’ event for you?
DK: Yeah, definitely. I lived in Italy for about eight years and I still live very close to Monza, in Lugano in Switzerland. It’s about half an hour drive. I will probably go to Monza on Thursday morning because it’s such a short drive away. But once the racing starts I wouldn’t risk it for the traffic. Anyway, I love Italy, I love being there and for me it’s like a second home.

Q: Will you have family and friends making the trip up from your old home, Rome?
DK: I’m not sure. I’m pretty focused on racing at the moment, but it would of course be nice. We’ll see how it goes.

Q: As grands prix go, it tends to have more atmosphere than the average…
DR: Oh yeah. It’s the only circuit where you expect to be driving through flares! We had that on the warm-up last year, massive cloud of red smoke at the second Lesmo. Pretty different – but I like that. The Italian fans are passionate – some might say crazy – and you’ll really get your fill of atmosphere. The drivers’ parade is special: they’ll all be there with their shirts off, yelling “Forza Ferrari”. It’s a laugh.

Q: In between Spa and Singapore, is it a physically less challenging race?
DR: It is, because if you need a breather, there’s plenty of long straights where you can take one. Actually that can be a bit of a problem because it really isn’t a circuit where you want to lose focus. You’re coming into very heavy braking zones at very high speed and you can’t afford to lock-up or lose time by braking too early. You have to be very switched on.

Q: Is braking the big factor in finding a good lap time?
DR: It has been since they’ve made the chicane kerbs too high to ride in an F1 car. Since then yes, braking has become the biggest thing at Monza. It’s very tricky to get that right. You’re coming down to the first chicane at your highest speed of the year and braking for what is almost the tightest corner in F1, with the least amount of downforce. The car starts to slide around and becomes quite tricky, so getting the braking right is key. It’s really good too…

Q: And how do you approach the weekend away from the track?
DR: Driving. Motorhome. Pizza. Firstly it’s a nice drive from my home – about two and a half hours from Monaco to Monza. Then I’ll stay in my motorhome – but in town rather than at the circuit. Finally, pizza. Actually the best pizza in the world. I’m not telling you the name of the place that serves the best pizza in the world in case they run out of pizza but they’re in Monza and I’ll be there. Happy days!