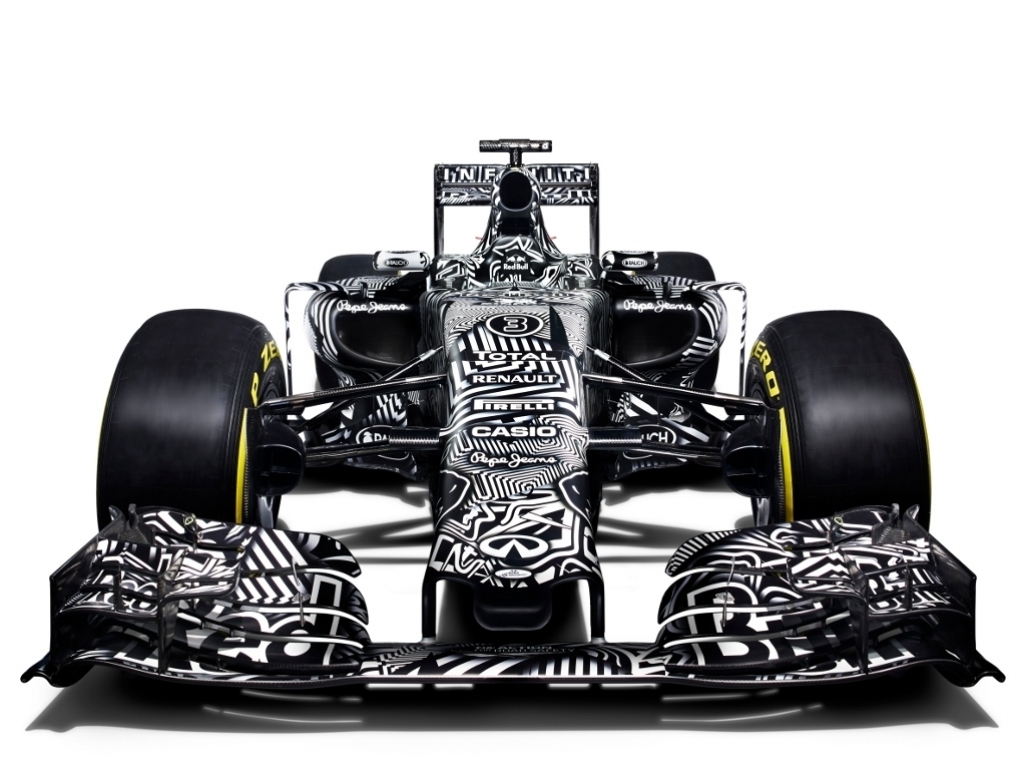 If you are one those fans who have enjoyed what Red Bull have done with their testing livery, then you will no doubt be glad to hear they plan do something "even stronger" when the season gets underway.

The four-time World Champions unveiled a radical black and white camouflage livery ahead of the first pre-season test in Jerez on Sunday.

Team principal Christian Horner has revealed that Sebastian Vettel's helmet for the 2014 Italian Grand Prix inspired the livery and they hope the design will also confuse their rivals.

"The camouflage livery came out of a helmet Sebastian ran last year [at Monza] that was quite fun," he said. "We thought it would be interesting to extend that concept to the rest of the car. Dietrich [Mateschitz, Red Bull boss] liked it when he saw it, and it epitomises Red Bull really that we like to do things a bit differently.

"To see a Red Bull in a different livery is quite striking and it also makes it quite difficult to get detailed photographs of the car at a time of year when we're all trying to be as secretive as we possibly can.

"It's difficult to get detailed shots of the car because it confuses your eyeline, but it obviously had a great reaction."

Horner promises those who liked the camouflage won't be disappointed when they eventually unveil their livery for the 2015 season.

"They won't be disappointed because the livery will be even stronger. It's great to do something different, it's been extremely well received."