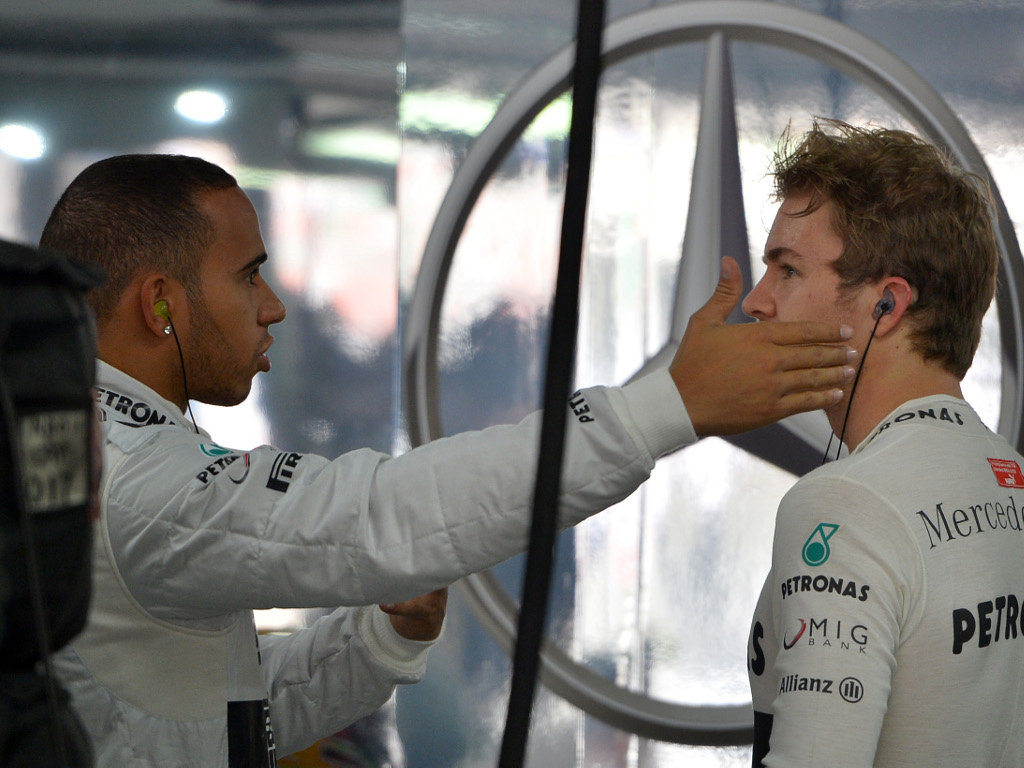 Lewis Hamilton concedes it won’t be easy beating the Red Bulls in India as they have shown “some serious pace.”

While Sebastian Vettel claimed pole position for the third time in India, the two Mercedes drivers were left to scrap over second place after Mark Webber opted for a different strategy.

The Aussie’s decision to qualify on the medium tyres meant he was not able to join the fight at the front with Nico Rosberg taking second ahead of Hamilton.

However, whether they can achieve a second and third on Sunday remains to be seen as Hamilton concedes the Bulls have the better pace.

“It has been a tough weekend for us,” he said.

“Congratulations to Sebastian but it some serious pace that they have especially with Webber on the Primes just behind us.

“We’ve been pushing as hard as we can, we really want to get a great result this weekend but I think strategy is going to play a huge part.

“I was a bit surprised to be where we are but generally bit by bit adjusting the set-up we got a reasonable balance.

“Hopefully tomorrow we can push together to try stay ahead of the rest.”