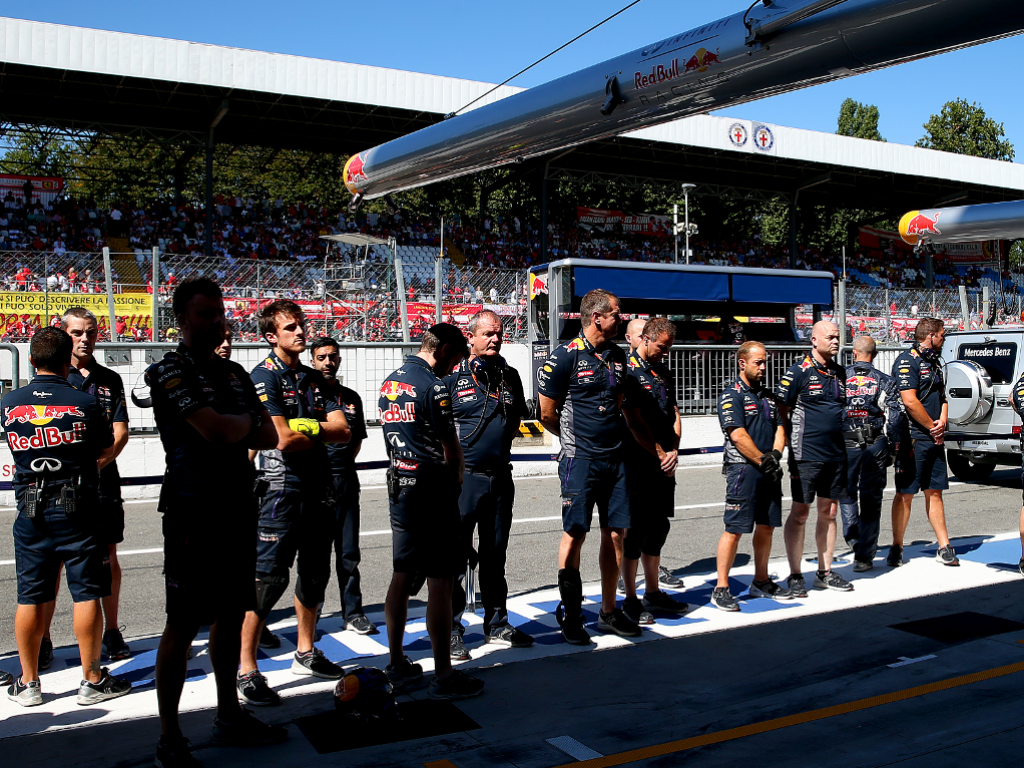 Owner Dietrich Mateschitz has reportedly given employees of Red Bull and Toro Rosso "tentative assurances" that they will be given other jobs should the two teams exit Formula 1.

Red Bull Racing are at a crossroads as they have no engine for the 2016 season following a messy end to their relationship with Renault. They have approached both Mercedes and Ferrari, but the former said no while the latter is only willing to provide them with 2015-spec units.

Red Bull team principal Christian Horner and designer Adrian Newey have accused Mercedes and Ferrari of being "afraid" to power their team and both have again reiterated RBR and STR will quit the sport if they don't have a fast and reliable engine partner.

If they follow through on those threats, it would put more than 1,000 employees in danger of losing their jobs, but they should not fear as the Red Bull billionaire will "save" them.

Telegraph Sport reports: "Dietrich Mateschitz, the man whose enthusiasm for F1 is almost at breaking point with Red Bull currently without an engine for 2016, is understood to have given tentative assurances that his two team’s employees will be put on other projects if they quit the sport.

"Around 850 work at Red Bull’s factory in Miltyon Keynes, while another 350 work for Toro Rosso, the junior team, in Faenza, northern Italy."