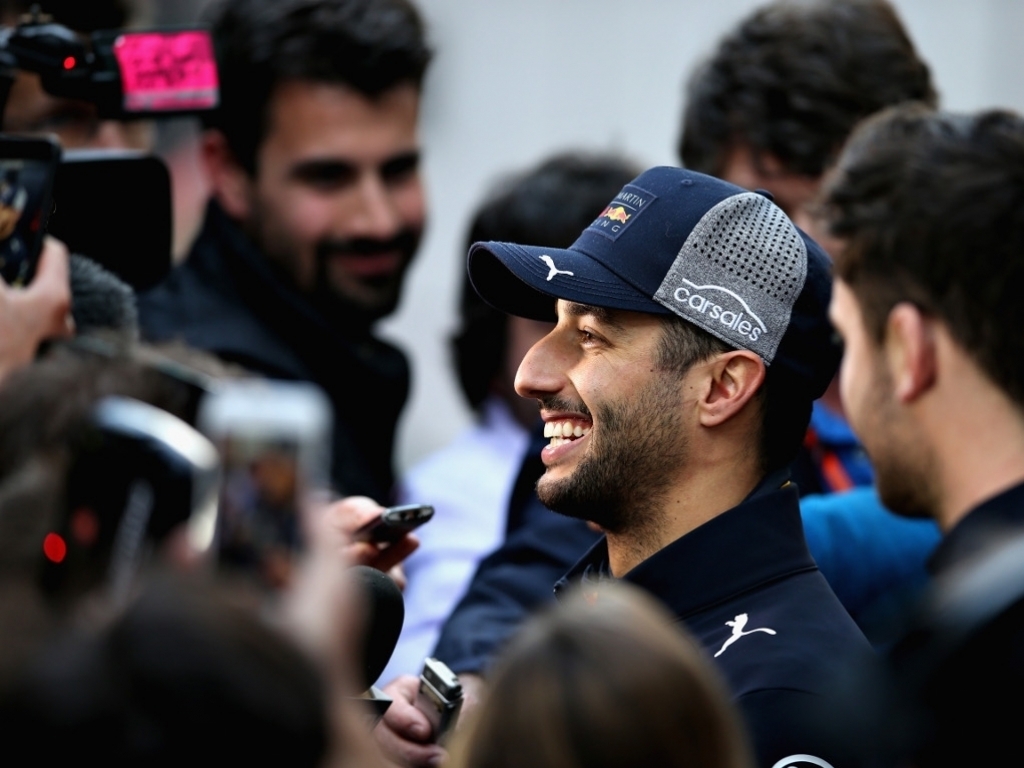 Although Daniel Ricciardo says Red Bull are in the same “ballpark” as Mercedes, he doesn’t believe they’re the second best team after testing.

Red Bull showed good pace during the pre-season with Ricciardo posting a new lap record at the Circuit de Catalunya on Day Six with his 1:18.047.

That, though, was blitzed by Sebastian Vettel 24 hours later.

As such Ferrari finished 1-2 with Fernando Alonso third and Ricciardo fourth.

But with Mercedes not bothering to put in a qualy style run, the timesheets weren’t a true reflection of F1’s possible pecking order.

Asked if the thought Red Bull were second behind Mercedes, Ricciardo replied: “The other day, maybe a bit like that, but Ferrari turned it up the last couple of days. They had pretty good pace.

“It’s hard, it’s hard to say. Then you see some other teams throw in some quick times, so…

“I don’t think we’re yet the quickest, so I think we do still have some lap time to find but I do believe we’re in the ballpark.

“What does a ballpark mean? I don’t know! But we’re there or thereabouts.”