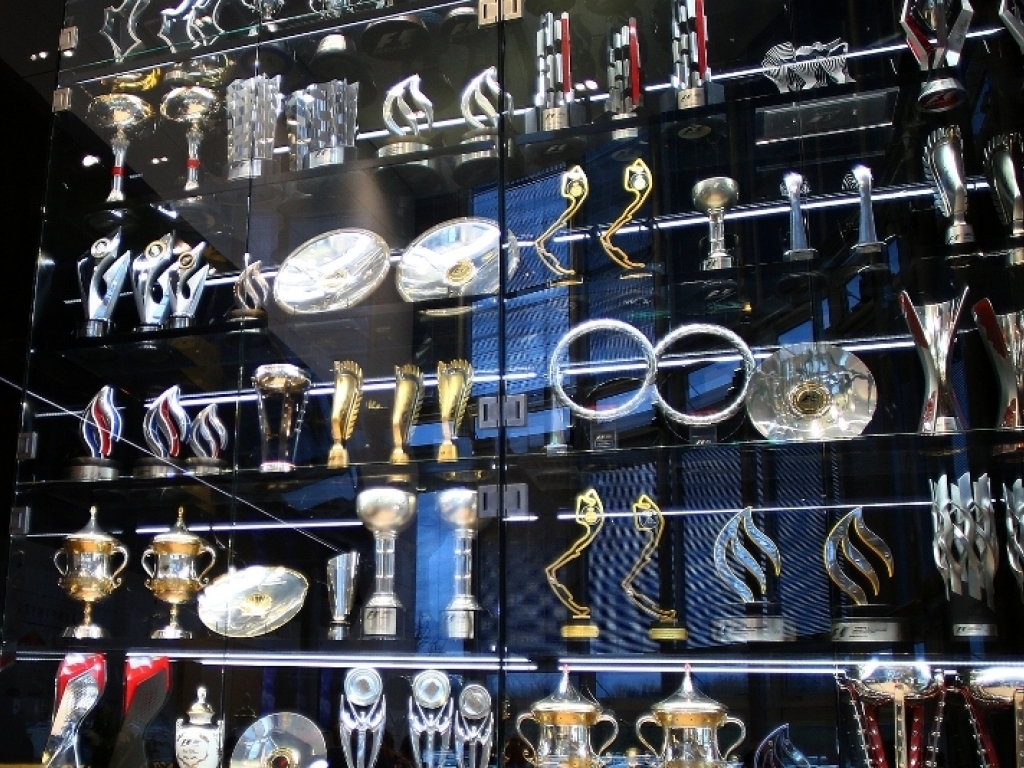 The four burglars who broke into the Red Bull factory and stole trophies have been jailed for conspiracy to commit burglary and steal.

The four men, aged between 24 and 41, drove a vehicle through the front doors of the four-time World Champion's Milton Keynes headquarters last December.

They stole 60 trophies of which about 20 were discovered over a week later in the Horseshoe Lake near Sandhurst in Surrey.

Found guilty of also committing other burglaries, they were given sentences ranging from two to seven years.

The BBC quotes Judge Christopher Critchlow as having said: "This was serious organised crime… that reflected a deliberate, organised, professional conspiracy to burgle and steal."