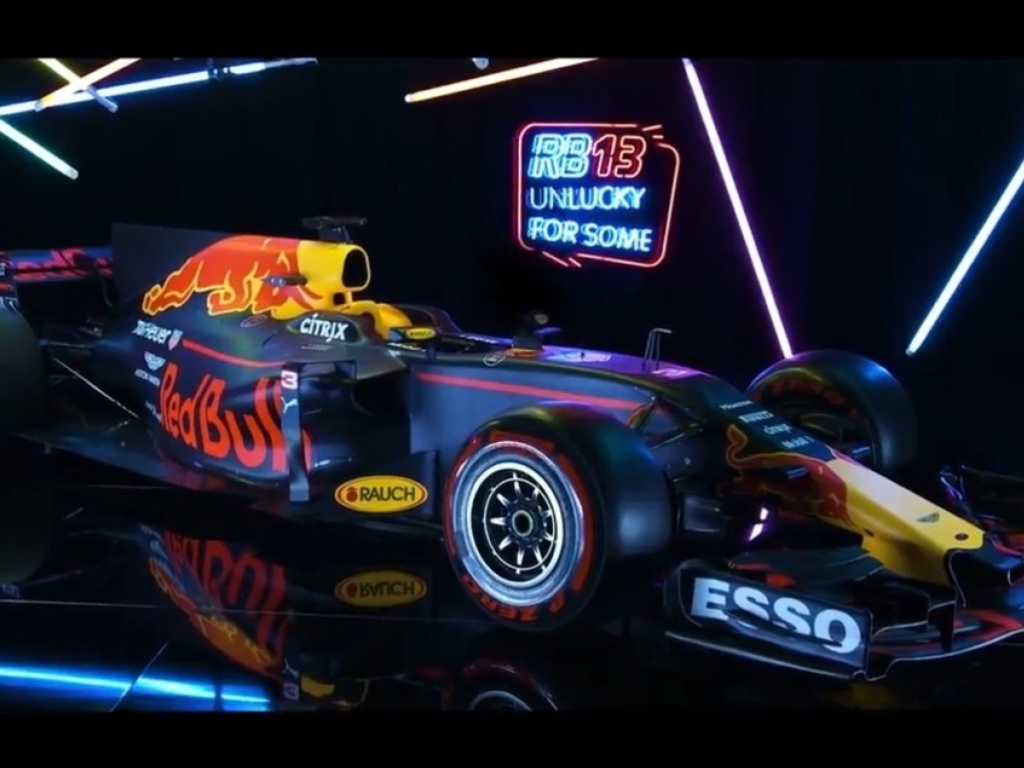 Red Bull have released a short teaser video where they have officially revealed the RB13.

Red Bull leapfrogged Ferrari last season and emerged as the main threat to Mercedes, with Daniel Ricciardo and Max Verstappen each claiming a Grand Prix victory at Malaysia and Spain respectively.

And there is a real sense of optimism that the new aerodynamic regulations will play to Red Bull's main strength.

Red Bull had kept quiet in the build-up to their officially unveiling, but clearly have no issue with any superstition after they announced on Sunday morning that their presentation would begin at 13:13 CET.

The superstition theme continued throughout the video until we were able to get our first look at the new RB13, which included the ever-popular shark fin leading to the rear wing.

Most interestingly, perhaps, is the nose duct, while the red, yellow and blue livery looks clean, clear and polished.

While there was no official comment upon release of the RB13, team principal Christian Horner has said recently that he is looking forward to challenging Mercedes once again this season.

“It feels like we are building momentum,” the Red Bull boss told Sky Sports F1.

“There is a feeling of real optimism within the team that if we can nudge a bit closer on the engine – chassis-wise we are hoping to come up with a good car to give our guys the tools to fight Mercedes.

“We’ve been quite good with regulation changes before, but nothing can be taken for granted. Mercedes will be the favourites, but if we can narrow that gap down and put them under a bit of pressure it would be great for everyone.”