Home Uncategorized Red Bull: We have options, even Hamilton is free 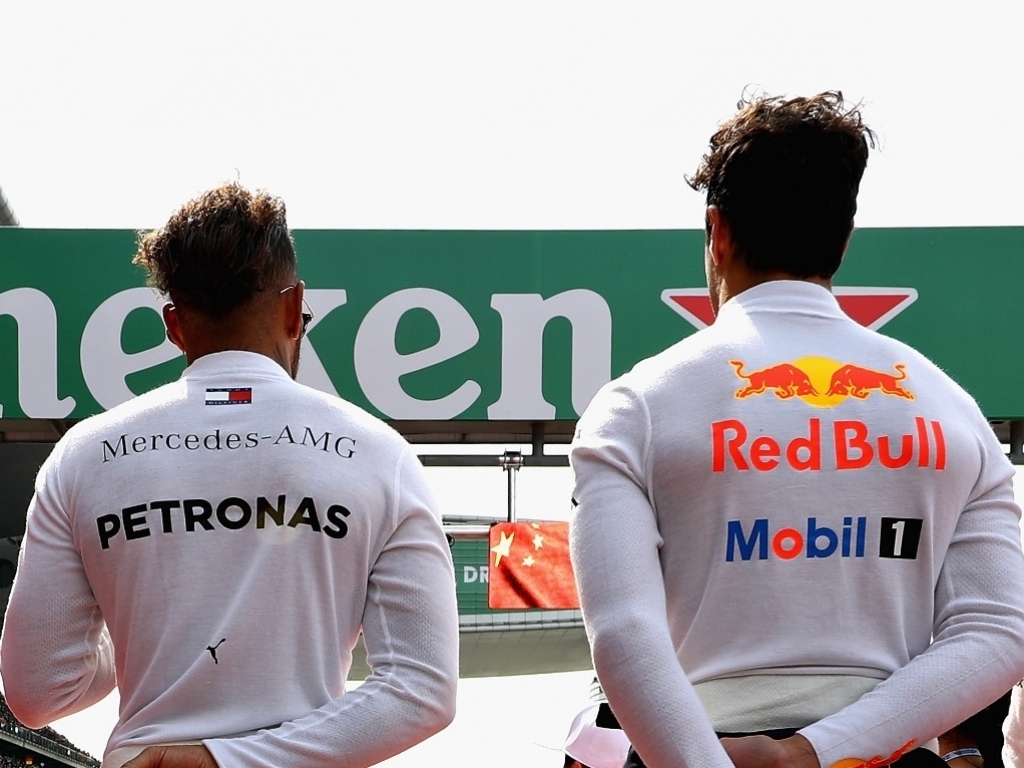 Red Bull are not short of options should Daniel Ricciardo decide not to re-sign with Christian Horner saying even Lewis Hamilton could be a consideration.

Ricciardo, along with Hamilton, has yet to put pen to paper on a contract for next year’s championship.

The Aussie is adamant he won’t be rushed into a decision with Horner previously stated that Red Bull would like a final answer come August.

Until then the questions over Ricciardo’s future, and his possible replacement, will continue.

“It is something that is going to be dealt with behind closed doors and he [Ricciardo] knows where we are at and the situation,” said the Red Bull team boss.

“There is obviously Lewis [Hamilton] that is also out of contract as is Kimi [Raikkonen] and Valtteri [Bottas].”

“I’m hopeful that we’ll be able to retain both drivers that we have,” he added.

“We’re are not short of options.

“Our preference is obviously to retain Daniel but a team such as ours is not short of young drivers or alternatives.

“He did a great job in China and I think it was the boost that he needed and shows how quickly this sport can turn.

“Saturday he was on his knees but to see him get that performance was fantastic.

“Daniel has grown up with Red Bull and has been part of the Red Bull group and family for pretty much 10 years now and his confidence in the team is there.

“The only question he has is over engine performance.”