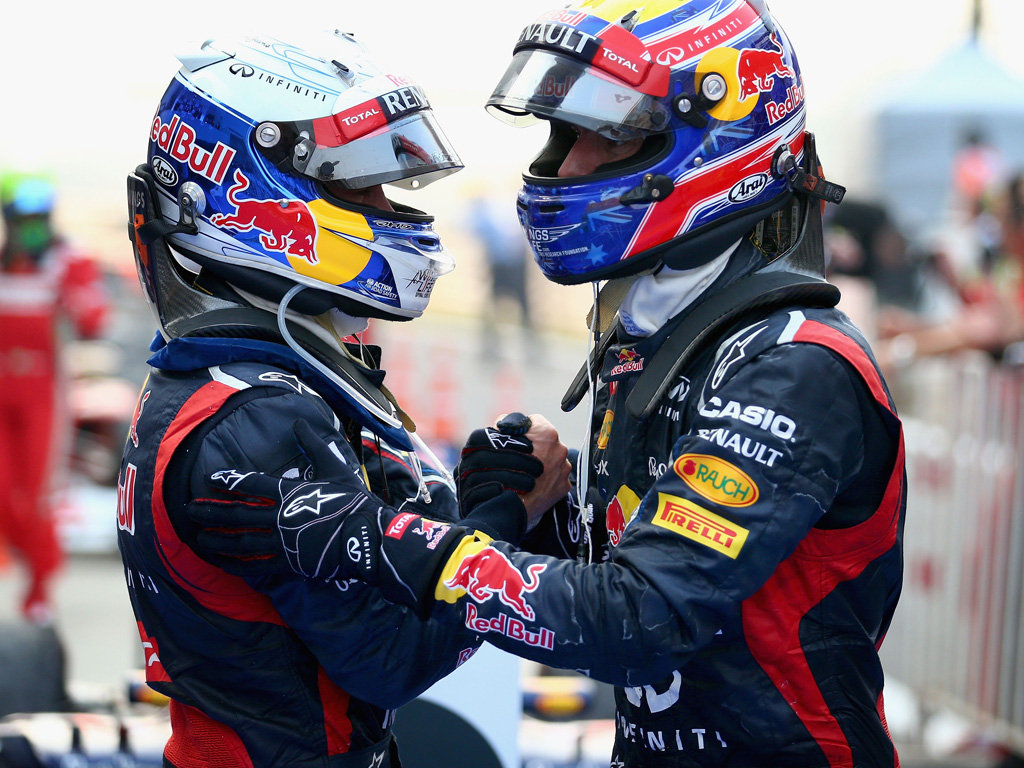 Mark Webber is adamant Red Bull won’t rest on their laurels despite appearing to be the team to beat after claiming a hat-trick of victories….

Mark Webber is adamant Red Bull won’t rest on their laurels despite appearing to be the team to beat after claiming a hat-trick of victories.

In the last month Red Bull has emerged as the front runners, taking two pole positions and three grand prix victories to move Sebastian Vettel up into first place in the Drivers’ Championship.

However, Webber insists Red Bull won’t rest as this season’s unpredictability has already demonstrated that anything can happen.

“The three races in Asia – Singapore, Japan and Korea – have been good for my Red Bull team,” the Australian wrote in his BBC column.

“No-one’s getting carried away but we are starting to find some form at the right point of the Championship.

“We put some performance on the car in Singapore, and that has started to unravel a few little paths for us in terms of upping our confidence level with what the car needed.”

He added: “Seb has now won three races in a row and everyone seems to think he has the Championship in his pocket.

“But think back to Valencia, where we were very strong and it looked like we were on our way again. And then we weren’t.

“That’s why Korea last weekend was a good confirmation for us that we were going in the right direction.”

Red Bull’s resurgence is just the latest witnessed this season as, after a confusing start to the Championship, first Ferrari had a good run, then McLaren and now Red Bull.

“It has been an up-and-down year for everyone.

“Our race pace has generally been reasonably sound, but everyone’s qualifying pace has been hit and miss, us included.

“McLaren got on a roll for a while and they still are very strong over one lap. But with the last few circuits, we have made a decent improvement.

“Sebastian Vettel and I fought for the pole in Suzuka and in Korea, and we got the front row at both races, and Seb just missed it in Singapore.

“That takes us out of all of the first-lap mess that you can otherwise get caught up in, and there has been plenty of that going on this year.

“Everyone wants to know how we’ve done it, but it is just details, and starting to unlock a few areas on the car. It doesn’t take much.”