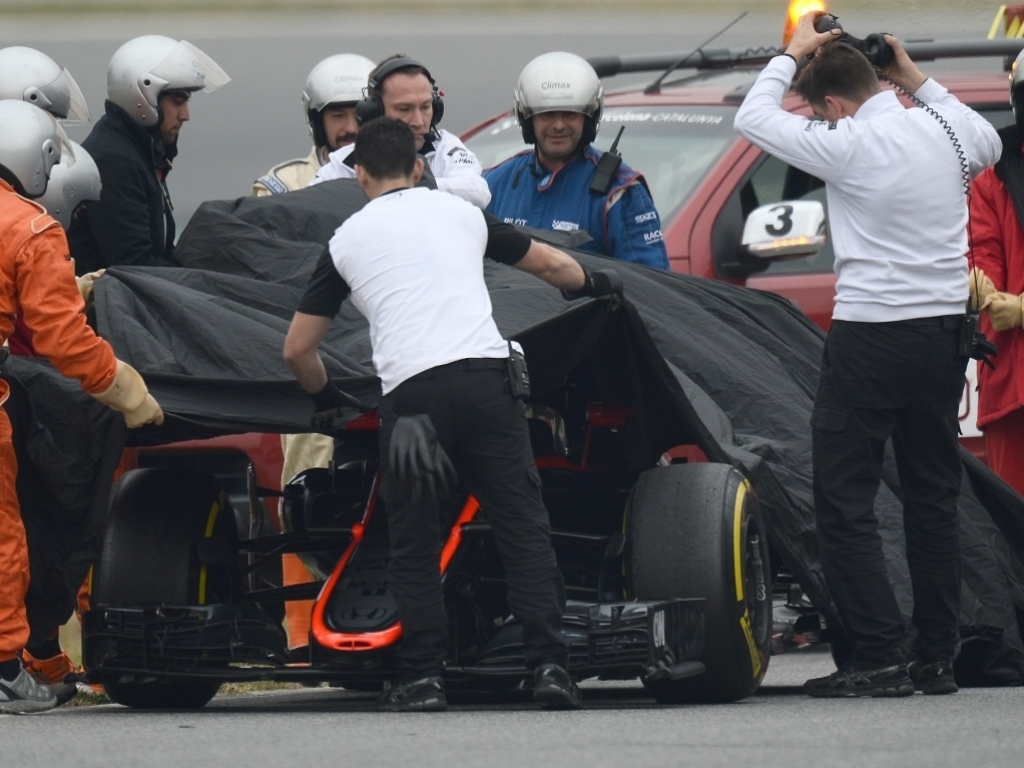 McLaren-Honda's engine woes continued at Barcelona on Saturday as the redeveloped seal for their MGU-K failed to fix the problem.

McLaren ran into troubles on Thursday, revealing that a seal for the MGU-K would need to be redesign and that it would only be available on Saturday.

However, instead of their problems being fixed, the team discovered after 12 laps in the morning – and the car losing power out on track – that the issue remained.

"After the morning session, we found similar issues to Thursday," the team tweeted.

McLaren, who were back on track in the afternoon, are now hoping for a new fix in time for Sunday's final day at the Spanish track.

The team added: "A new re-engineered seal is scheduled to arrive and will be applied later this evening."