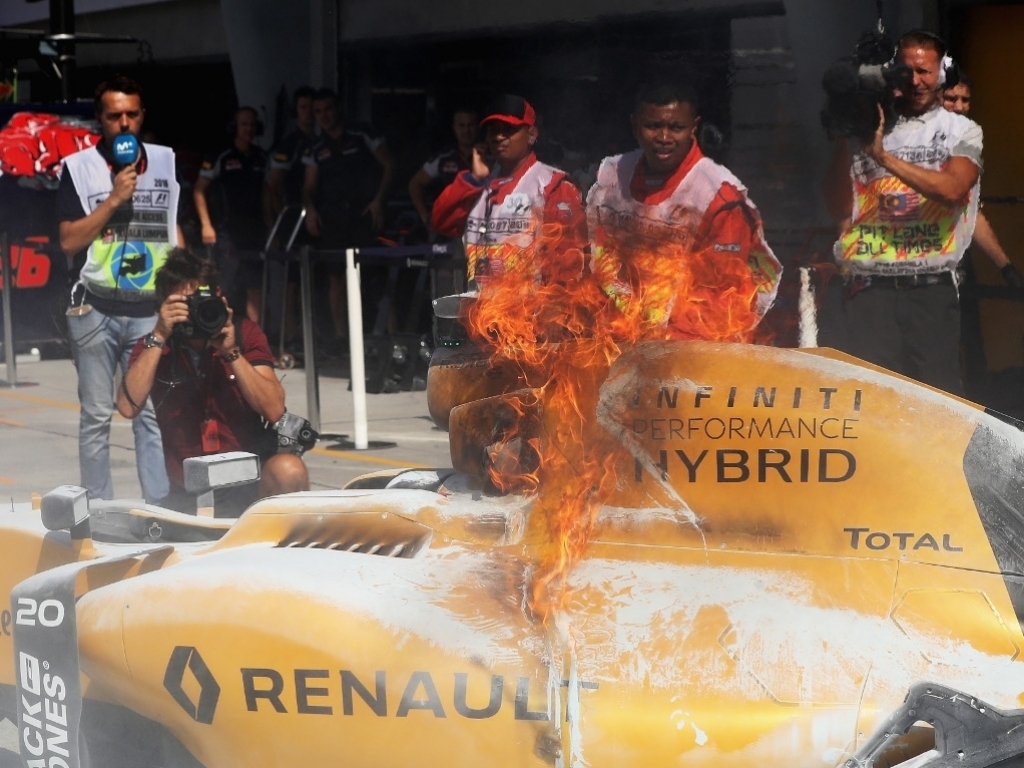 Renault have cited a fuel leak from a breather as the cause of the fire that kept Kevin Magnussen out of Friday’s first practice at Sepang.

Pitting after his installation lap on Friday morning, Magnussen had to make a hasty exit from the cockpit of his RS16 as flames leapt from the engine cover.

Despite attempts to extinguish it, flames were seen for several minutes as more fuel leaked from a breather.

With fire extinguisher foam all over the car and the pit lane, FP1 was red flagged for 15 minutes.

“We had a fuel leak from a breather and we were running some experimental parts for Mexico,” Renault technical chief Nick Chester explained to Sky Sports F1.

“But everyone is okay and that’s the main thing.

“Fortunately the car doesn’t seem to be too badly damaged.”

Magnussen did not return to the cockpit of his RS16 in FP1 but Renault hope to have him back out in the afternoon session.