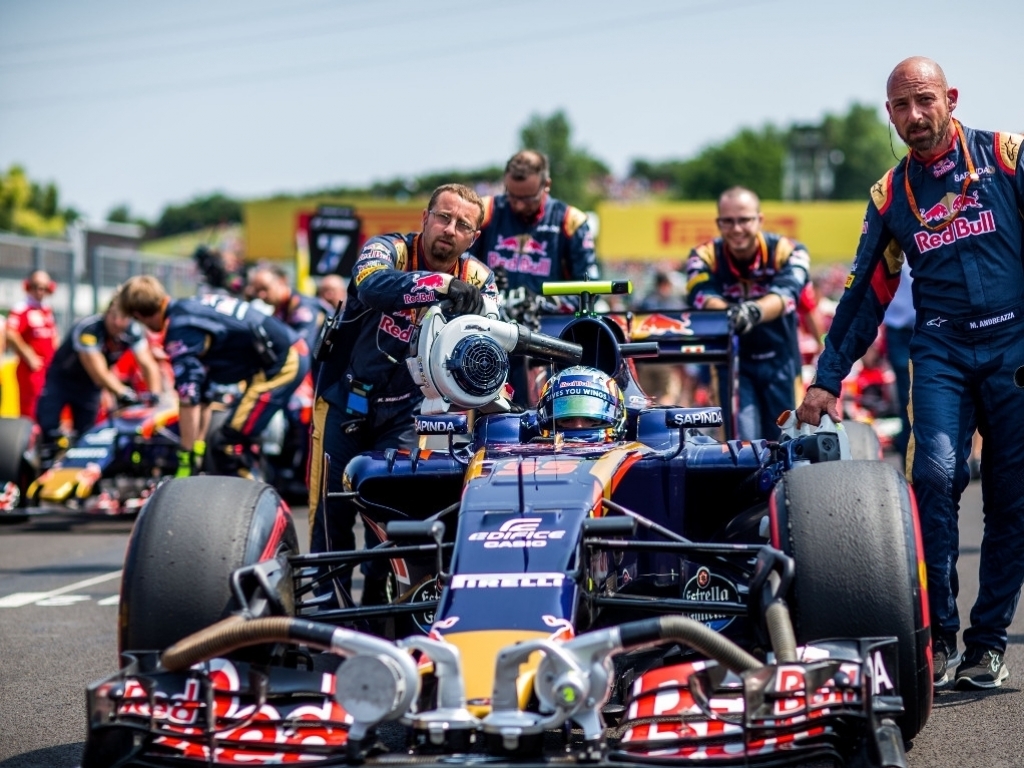 Toro Rosso were forced to cut short a filming session in Italy after their new Renault engine failed after just six laps.

The Red Bull junior team were preparing for their launch of the STR12 on Sunday, but plans had to be shelved after mechanics failed to revive the engine to continue their shakedown at Misano.

Toro Rosso have switched from Ferrari to Renault as their engine suppliers, but the early signs do not look particularly good after its first showing.

It has since been revealed that the problem was related to the energy recovery system and Renault are now analysing the issue ahead of testing next week.