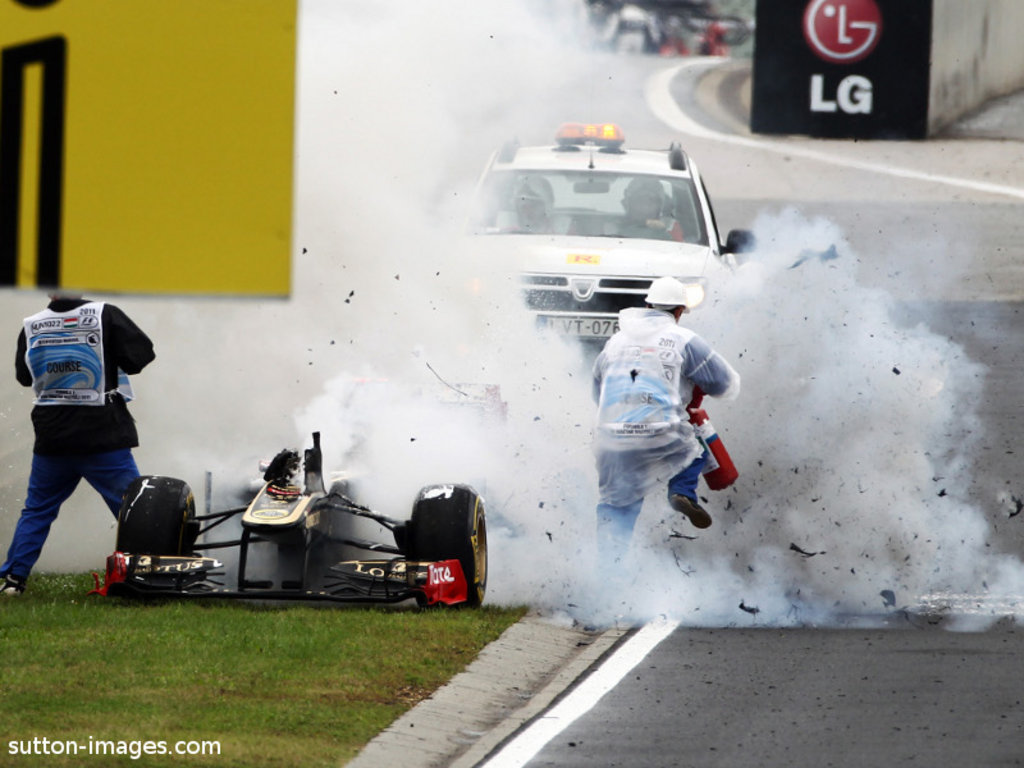 James Allison has revealed that different engine mapping, a cracked exhaust and a long pit stop were the cause of Nick Heidfeld’s Hungarian fire.

Heidfeld was forced to retire from the Hungarian GP when his Renault R31 caught fire after his pit stop. The German parked on the side of the track at the pit lane exit and quickly jumped out.

Marshals arrived at the burning car with fire extinguishers, however, one appeared to be injured when the left side of the car exploded, showering the track with debris.

“As with most accidents, several incidents combined to cause the fire that Nick suffered in Hungary,” explained Renault’s technical director.

“First of all, we ran a slightly different engine mapping strategy in qualifying, which produced hotter than normal exhausts. We believe that this elevated temperature and caused a preliminary crack in the exhaust pipe.

“We presume that the crack then propagated during the laps to the pit stop – this was not evident to us as we believe that the failure occurred upstream of the place where we have a temperature sensor. We believe that Nick then came in with a partially failed exhaust.

“This pit stop took longer than normal, the engine was left at high rpm for 6.3 sec, waiting for the tyre change to be completed.

“Under these conditions, a lot of excess fuel always ends up in the exhausts and their temperature rises at around 100