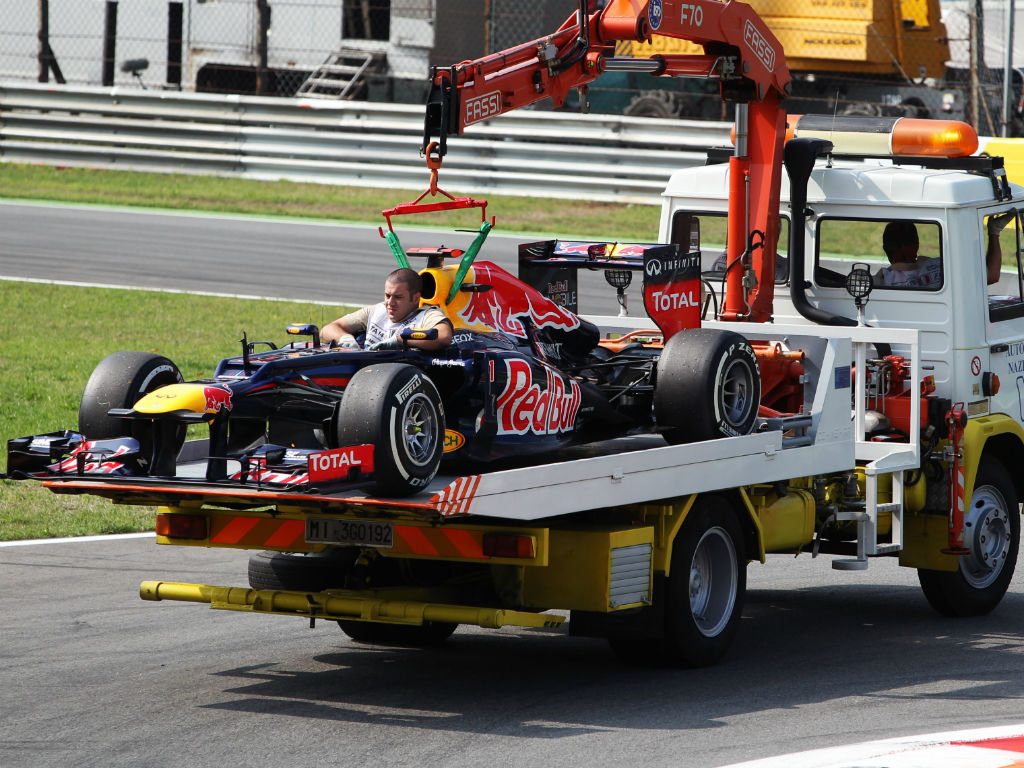 Renault believe overheating at low revs may have played a role in the alternator failures that ruined Sebastian Vettel’s weekend in Italy.

The Red Bull driver was left frustrated after his car suffered a sudden loss of power during final practice, but things were even worse on the Sunday as he was forced to retire during the closing stages of the race after the RB8 gave up on the start/finish.

Engine manufacturer Renault immediately launched an investigation into the failure and early results have showed that the parts may simply be overheating at low revs.

“We developed a revised alternator that was validated on the test bench and trialled at Spa by Red Bull and Lotus – the teams that suffered the issues in Valencia – and no issues were found.

“The fundamental change was to lengthen the alternator stator and rotor by 10mm to increase its electrical power generation capacity where current demand exceeded the alternator’s capacity to supply.

“With this new spec we can deliver around 30 per cent more current to try to address the problems at low RPM.

“In each case it was a brand new example of the new spec. After the incidents in FP3 and qualifying, we changed the alternators on the Red Bull of Vettel and the Lotus of d’Ambrosio. The race incident was therefore a further early life failure.

“Other parts have achieved much higher mileages; it is therefore a priority to discern the significant differences between the two. The situation is not acceptable; we must address the problem for Singapore.”