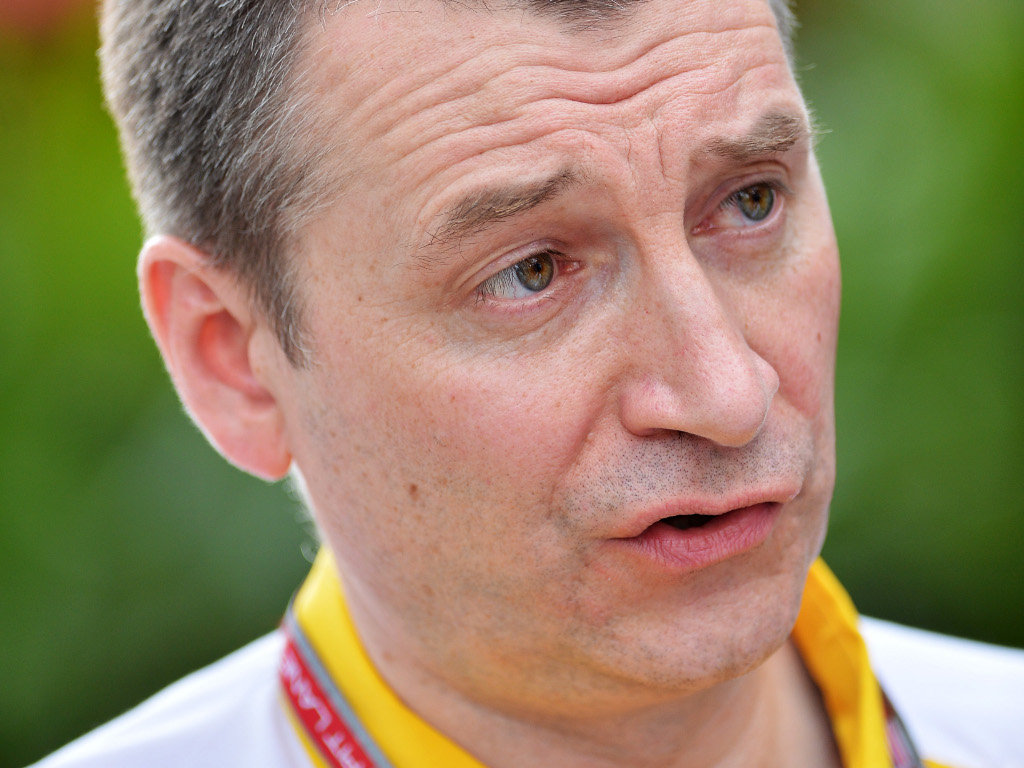 Renault have some hard grafting ahead after deputy managing director Rob White admitted they faced a “litany of issues” at Jerez.

Renault had a dismal start to pre-season testing with their new V6 engine and its cooling system, gaining the least mileage of the three engine suppliers.

And the team worst hit by the problems was reigning World Champions Red Bull Racing who covered just 21 laps, 92kms.

“We have not run enough laps, and when we have they have not been run at an acceptable performance level,” said White.

“The underlying causes are not straightforward: there isn’t a single component or system that has caused particular trouble.

“A number of related things have been troublesome, principally concerning the control and operation of the various sub-systems of the power unit within the car.

“Our intention was to run the car; we are very frustrated to face this litany of issues that we should have ironed out on the dyno and which have deprived us of a precious learning opportunity.”

The engine supplier now has just over two weeks to resolve the issues before the next test in Bahrain on 19 February.

“The step we must take to reach an acceptable level of in-car performance is bigger than we would have liked.

“It is unacceptable that we have not been able to mitigate the problems sufficiently to allow our partners to run at any length.

“We are working hard to correct this in time for Bahrain and aim to make amends there.”