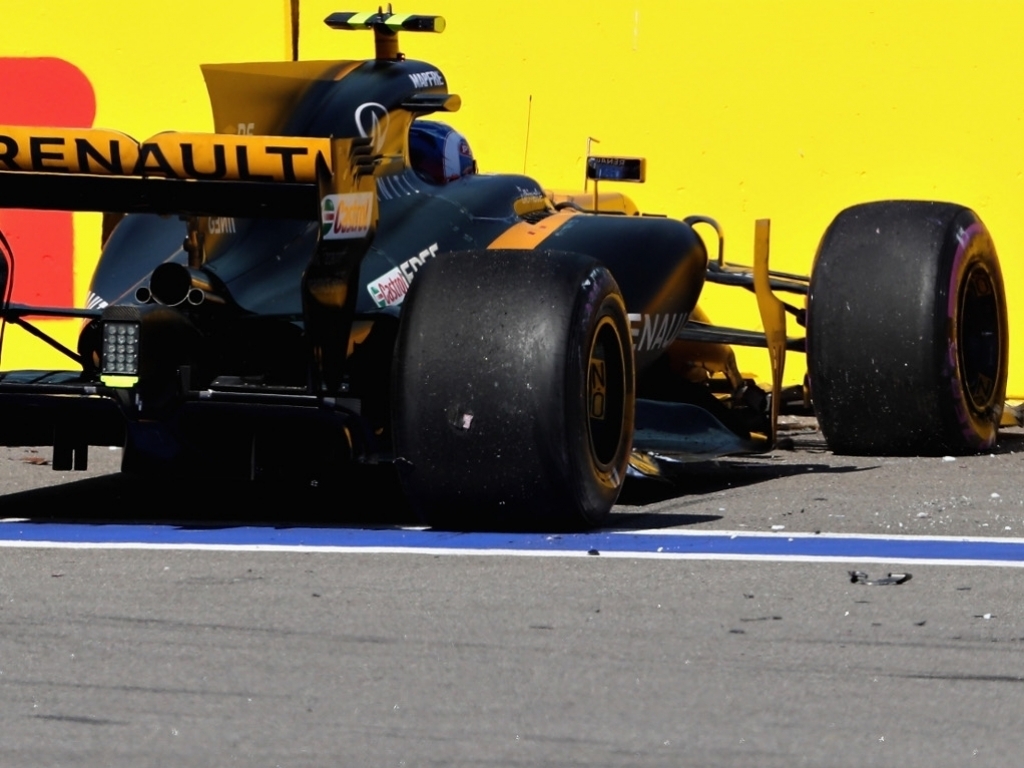 Palmer’s mechanics were kept up late on Friday night as an exhaust problem in FP2 had damaged parts of the car forcing Renault to change his chassis.

That, though, was just the beginning of the problems.

The Brit crashed in qualifying meaning more work for his side of the garage only to be booted out of the race in a first lap crash with Romain Grosjean.

“I should make a special mention for Jo’s team,” Abiteboul told Autosport.

“We had a number of issues to solve on the car, changing chassis, changing engine, the shunt in qualifying.

“I feel sorry for Jo and the group of people behind him who did a remarkable job over the weekend.

“When you change chassis and change engine you have all the reasons in the world to have problems, but we did not have a single operational problem, so I want to give a huge credit to the guys.”

As for Palmer, while it was a weekend to forget, Abiteboul says his driver actually only made one mistake over the three days and that was his qualifying crash.

He explained: “If you look at his whole weekend he did one mistake, which was his mistake in Q1.

“He would have been easily in Q2, we could see that in terms of sector times.

“Looking at the data it was obvious there was nothing he could have done to avoid that incident.

“So we left with a lot of frustration for Jo from one single mistake in a very difficult environment for him.”

While Palmer has yet to get off the mark, his team-mate Nico Hulkenberg was back in the points for the second race in succession.

And Abiteboul says the Brit should take encouragement from his team-mate’s results as he too could be scoring this season.

“He needs to feel that he’s in a team that has the capacity to deliver this type of performance,” he concluded.

“This performance is not just for Nico, we are not a one-man band, and he [Palmer] has to be part of it.

“We need Jo to score points, so there is absolutely no doubt in our commitment to him.”