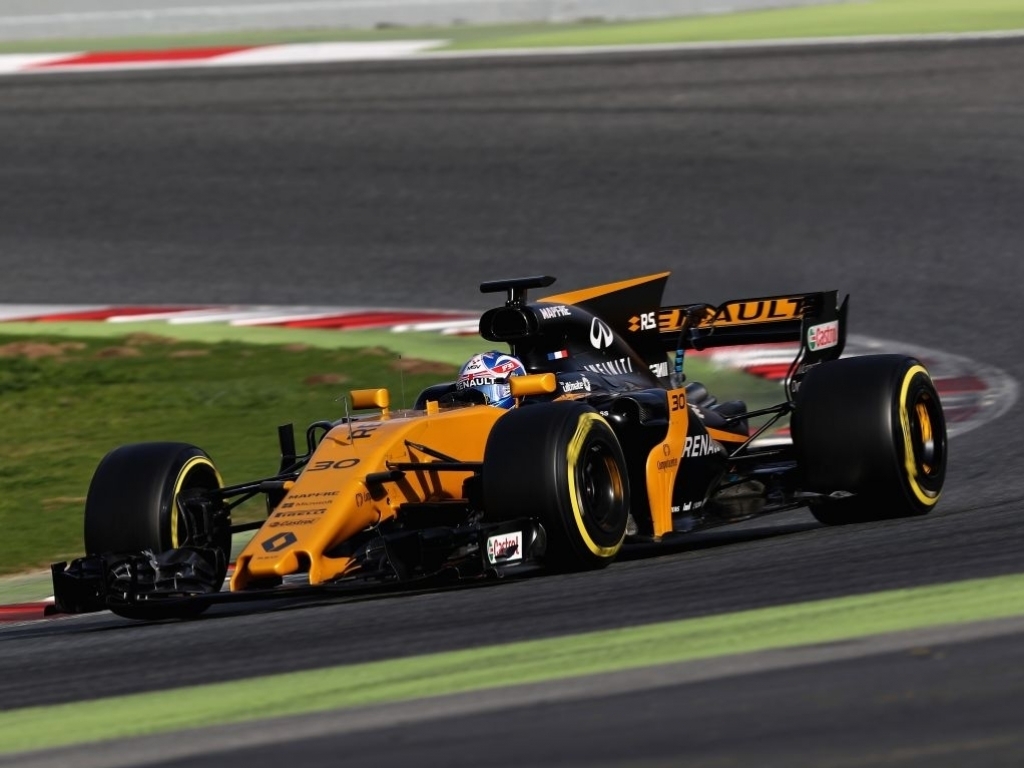 Renault's Jolyon Palmer has reflected on a topsy-turvy morning during the third day of the testing at Barcelona.

The Brit suffered an early spill at the Circuit de Catalunya, but recovered well with a 50-lap run and the third quickest time by the lunch break.

Palmer has now handed over to team-mate Nico Hulkenberg for the afternoon session, but believes Renault have taken a step in the right direction after a turbalent three days.

"We’ve made some really good progress in terms of the set-up," Palmer told Sky Sports.

"Sadly, I’ve done two half days so far with another half day in the wet tomorrow, but 51 laps today is ok.

"Yesterday was a bit compromised, but every time we are in the car we’re learning and it’s showing a bit on performance as well."

More encouragement for Renault has come via the speed trap data, with Red Bull featuring prominently at the top of the standings throughout testing so far.