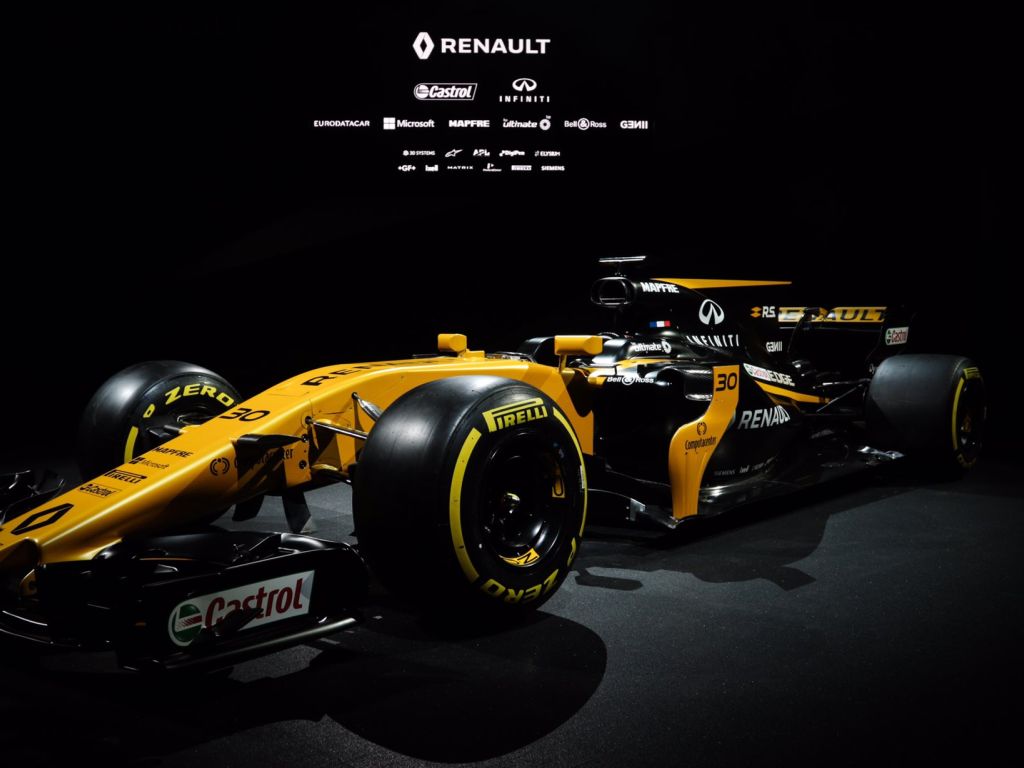 Renault Sport have launched their challenger for the 2017 season – the RS17 – at an event in London.

2016 saw Renault begin a second spell as an F1 works entry after buying a 65 per cent stake in the takeover of Lotus.

And the French manufacturer look set for another year of further transition as they look to build upon their lowly ninth-placed finish in the World Constructors’ Standings.

Jérôme Stoll, Renault Sport president, said: “I think that 2017 will be absolutely exciting, and a crucial year.

“2016, you remember one year ago, we set an ambition for Formula 1 and explained our plan and all along in 2016 we were investing, working a lot to close the gap.

“We have reorganised completely Estone and Viry.

“We expect in 2017 this car to deliver. “The objectives are very simple, since we have for the first time a car developed by us, we expect to be fierce in the championship. We have the team, the drivers.”

Nico Hulkenberg has replaced the outgoing Kevin Magnussen, while Brit Jolyon Palmer has been retained on a one-year deal.

And with the drivers, isn’t she a beauty?! #RS17Launch pic.twitter.com/A75NfShiuh