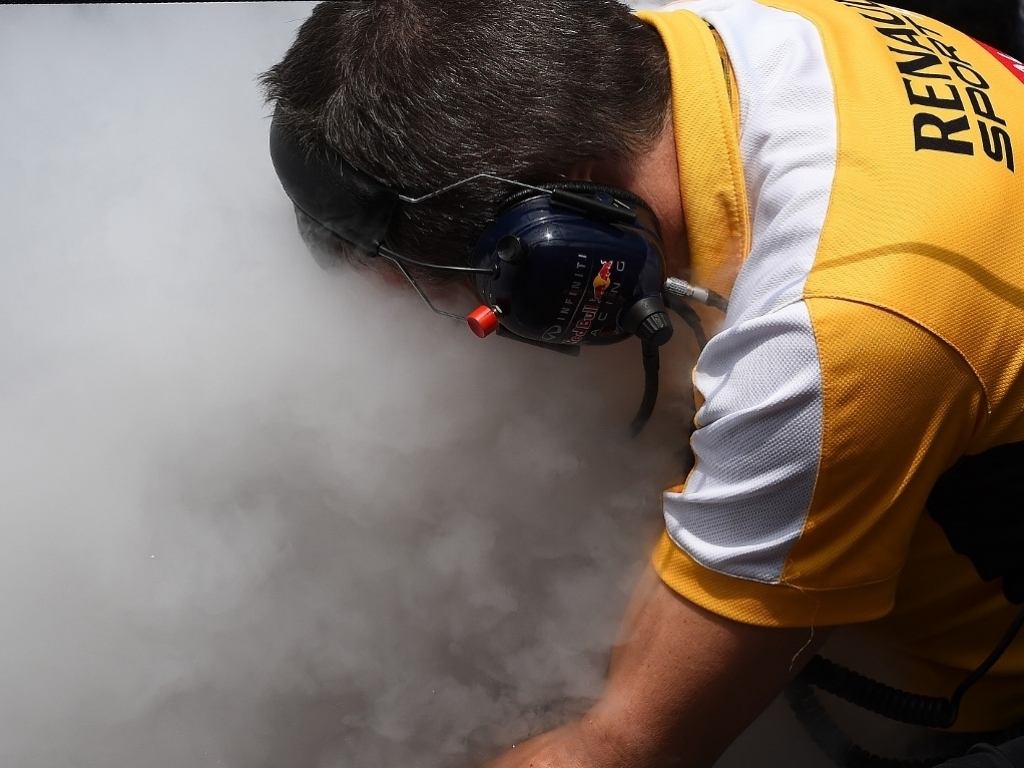 Renault has set their sights on a “clean weekend” for both Red Bull and Toro Rosso, saying they have no concerns over the reliability of their new spec engine.

The French manufacturer has confirmed they have used 11 of their 12 in-season engine development tokens ahead of this weekend’s United States Grand Prix, but the upgraded package will only be available to Red Bull.

However, the Milton Keynes-based outfit will only decide whether or not to use the new-spec engine after they’ve held discussions with Renault officials in Austin.

If they opt to use it, then both Daniel Ricciardo and Daniil Kvyat will receive grid penalties as they’ve already exceeded their power unit allocations for the season, but Red Bull will no doubt want assurances about the reliability of the new engines.

Renault’s director of operations Remi Taffin, though, says they are confident they won’t have any issues.

“Whatever spec we do use, we are looking forward to Austin,” he told Motorsport.com. “Our reliability has been good in the last three races and performance more in line with our expectations; both our teams just need a clean weekend to show the improved potential of both packages.”

He added: “The principal changes involve the internals of the ICE to give improved power and efficiency. We know that introducing the new PU will incur a grid penalty so the decision to use will be made in full consultation with the teams.

“At this point of the season obviously points are crucial so if circumstances allow then we will use on track.”