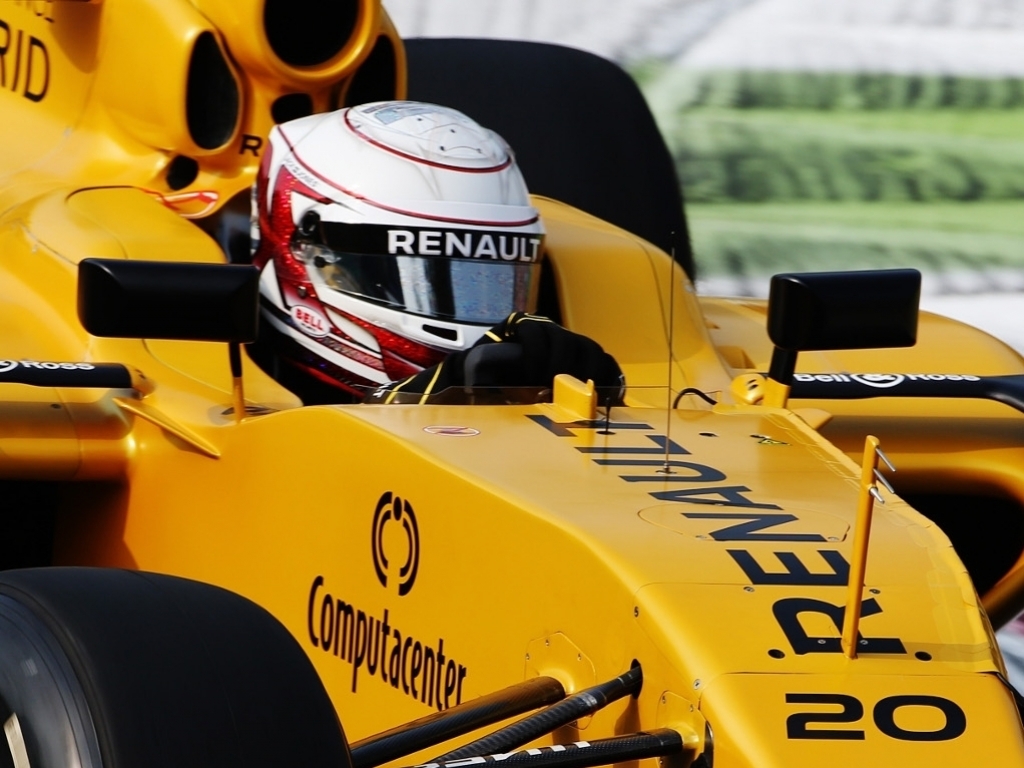 Kevin Magnussen and Jolyon Palmer both prefer Lionel Richie to Rhianna and other more relevant info ahead of the Abu Dhabi GP.

Kevin Magnussen
Give us your thoughts to the following statements Kev…

Yas Marina Circuit: Not my favourite.

Nico or Lewis for the Drivers' Championship? Nico.

Favourite aspect of working with the team: Great banter.

Jolyon Palmer
How's your motivation heading into the final race of the season?
JP: It's a nice feeling as I have my 2017 drive all sorted especially as I'm continuing with Renault Sport Formula One Team. I have every incentive to bow out this year with a good result, then work hard over the winter and come back next year stronger than ever.

What are your thoughts on Yas?
JP: It's a track I know really well as I've done a lot of GP2 Series laps there. I completed my first-ever Formula 1 test with Force India and then sadly it was only a few FP1 laps there last season for Lotus F1 Team. It's a nice track and it's a nice place to end the season. It's a glamorous event with the additional aspect of racing into the night which is really atmospheric.

Just how difficult were conditions in Brazil?
JP: It was extremely difficult! I started in sixteenth so that was behind a lot of spray from the cars ahead, then after a pit stop we were right at the back for the second restart. Visibility was really poor and I couldn't see a thing. You'd come up the hill to the start-finish and there was so much standing water that the car just aquaplaned everywhere. We saw so many incidents as it was a real challenge to keep the car on track. It was a real shame that I hit Daniil Kvyat, but I couldn't see him until it was too late.

What are your feelings looking to 2017?
JP: I'm really very happy to be continuing with the team, especially as it will be for my third season working with Enstone. I've learnt a lot this year and I think the second half of this year has been pretty strong. I enjoying working with everyone in the team and I know we're going places in the future.

How has it been racing with Kevin in 2016?
JP: Kevin's a good guy, a great racer and fun to work with. I think we've worked well together this year when we've known we've had to push to get the most out of the car. I think he'll do well at Haas and I'm looking forward to racing against him in different coloured cars next season.

What are your thoughts on the team's driver line-up for 2017?
JP: Obviously I'm very happy indeed about 50% of the line-up! I haven't had the opportunity to get to know Nico yet so I'm looking forward to this happening. Everything I've heard about him has been positive and I have faith in the team to have chosen the right drivers for next year and beyond. He's a highly-rated and hard-working driver so I think we'll have a positive line-up.

Having been part of the team since 2015, what are the differences you've seen this season?
JP: It really feels like a much bigger team this year and you do feel part of a far greater entity. The amount of resources and the investment coming in is really quite notable. Renault have come back in as they want to be at the front. You can really feel the buzz in the factory and even at the track – where it's been a tough season in terms of results – everyone's been pushing really flat out to make the most of what we've got and also get all the foundations in place for the future.

What are your plans for the off-season?
JP: I have a busy few weeks wrapping up the year after Abu Dhabi, then Christmas at home and New Year in Thailand. There's plenty of training planned amidst this, but I'm really looking forward to getting a decent break after 21 races this year.

What can you say about next year's car?
JP: I've seen the wind tunnel model and it looks awesome! It's going to be a great looking car. I've driven it on the sim and it's quick. Of course, the new rules are the same for everyone, and we won't know how we stack-up against our rivals until we hit the track in Barcelona, but the speeds are higher, the car is more challenging to drive and I think it's going to be a great spectacle when we race next year.