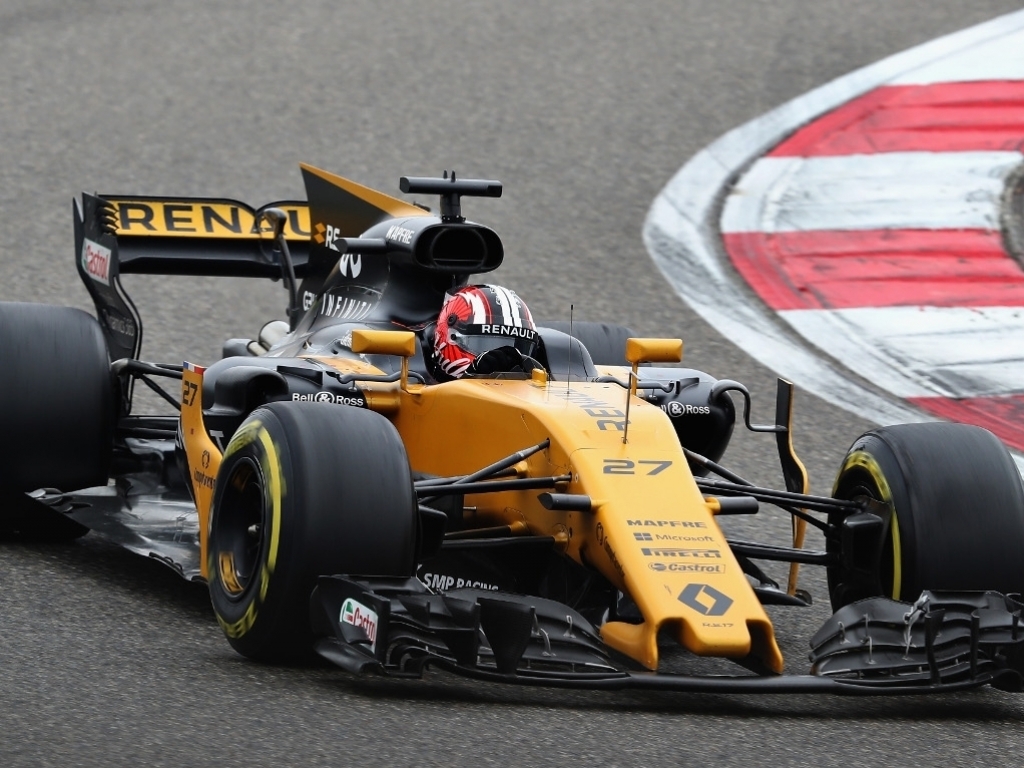 Nico Hulkenberg has said you have to be "brave" in Baku as Jolyon Palmer tries to build on his efforts from last year.

Nico Hulkenberg: “It is still a new venue to Formula 1 which is exciting, we are still getting used to it. Going through the old town is cool with the narrow walls, but it takes time to learn the track. I am usually good at adapting quickly and learning new tracks and new lines. It is exotic and a bit different here. There are some cool looking, vintage houses around. The old castle brick wall has a blind entry which is unique, Monaco is spacious in comparison! There are some walls waiting for you so it is important to be quite brave. The viewing is good for fans and the speed is cool to watch. It is the fastest street circuit on the calendar. Overtaking will be possible with the long, DRS straights. There are a lot of tight, 90-degree turns matched with flat-out kinks, so I am looking forward to racing it. The castle complex of turns 8 to 10 will be especially close with the wider cars. It was obviously unfamiliar surroundings last year as we were all new to the track. But I had a positive weekend, qualifying in twelfth place before making up a couple of places in the race to come home in ninth with two points. I remember the first practice session last year and really enjoying the track as it was different and had a bit of everything. The weekend was pleasing so hopefully we can build on that this year, especially with our recent form.

Jolyon Palmer: “I think it is a cool track, there are some high-speed sections – especially for a street circuit – and overtaking is a possibility. The middle sector is busy and difficult with its undulation and the sector is extremely tight. Any mistakes on a street circuit tend to mean you are into the wall, so you have to be alert. It is wider than Monaco, apart from through the castle section. You’ve got to get as close to the walls as you can to open up the line and carry the speed through. I’ve loved street circuits ever since I drove Marrakesh in F2 and then Monaco in GP2. I’ve always got on well with them. I’m looking forward to getting back out on another city circuit and approaching it very differently to Monaco and building up a little bit more. It’s great when you’re so dialled in and you get close to the walls; that’s the best buzz for us. That is two eleventh place finishes in a row. I think in Baku we can at least be in the top ten, maybe top eight. We are doing well at the moment, we will keep going and I am feeling strong, I need to work on qualifying pace and being higher on the grid. It is going to be very hot and it is very windy in the city, so that could affect us as well. The wind affects the airflow over the car. We’ve had cars crash in the past because of a sudden, big gust of wind and these F1 cars are very sensitive. Race day in Canada was like that, it was very windy especially across the back straight! Baku is by the coast as well so you could get a bit of coastal wind coming in, according to my GCSE geography…It is always tricky getting to grips with a new circuit, it is very high speed and it brought a lot of challenges (last year). We now know where the bumps are and which gears to use. I qualified on the final row last year and managed to work my way up to fifteenth in the race. I think I put in the eighth fastest lap of the race which is very positive, I am looking forward to getting out there and building on that knowledge.”