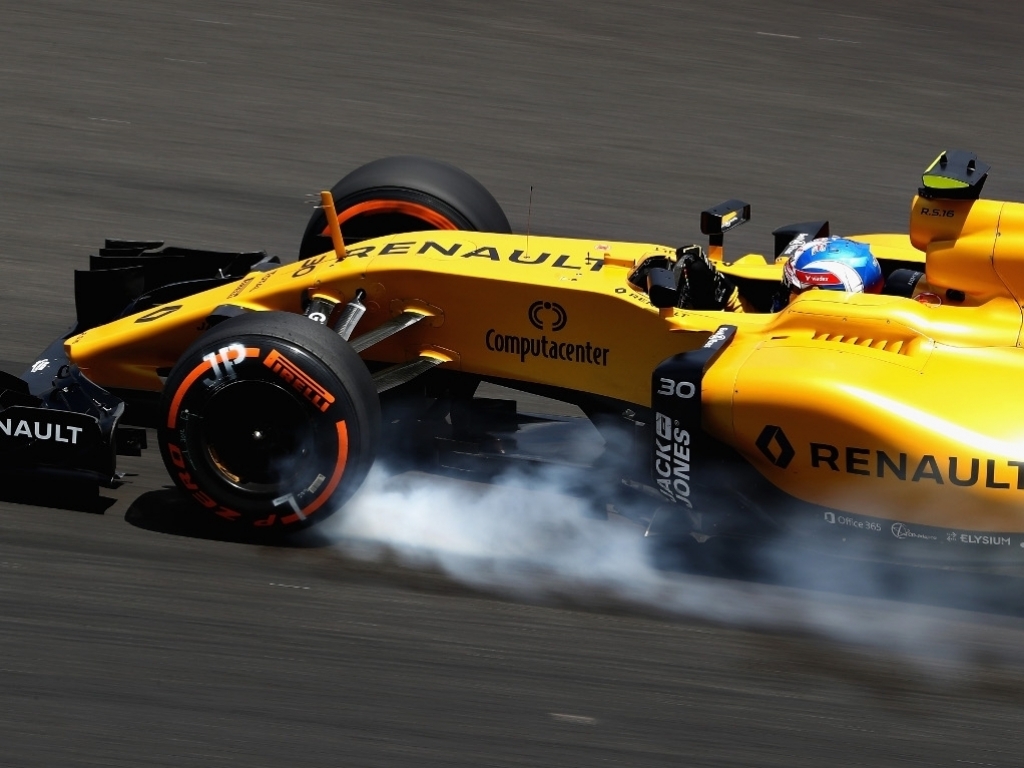 Kevin Magnussen wants a "strong" result in Brazil while Jolyon Palmer is feeling "pretty confident" ahead of the Interlagos race.

Kevin Magnussen
What’s the focus for Baku?
KM:A strong result would be nice. The Canadian Grand Prix wasn’t a good one for us so let’s get back to a solid performance. We’ve been making progress, even if it might not look like it from the outside, and I’m looking forward to learning a new track.

What are your thoughts on the Baku track?
KM:That’s a big long straight! It’s going to be interesting. It’s a long track for a street course and there’s quite a few interesting aspects about it. There’s a really tight section which is going to be an eye opener the first time round and we don’t yet know about things like the track surface, kerbs or bumps. There are a lot of walls there too. I’ll be looking to stay away from those.

How would you assess your Canadian Grand Prix?
KM: It was a difficult one. Obviously, my weekend was undone when I hit the wall in FP3 and I had to thank all my crew for working so hard to get the spare chassis ready for the race. The race itself was pretty unfulfilling. We started on the soft tyres and initially we were looking pretty reasonable. When we changed to the ultrasofts we weren’t able to find the pace we wanted so it was a hard second stint.

Jolyon Palmer
You had a solid race in Mexico, does that put you in good stead for Brazil?
JP: I'm feeling good for Brazil as it should just carry on the good momentum that we've had in the second half the year. It was a shame not to qualify last time out as we could have shown even better improvement. One of my best grid spots was in prospect, but we made up for it in the race. The race pace has been good for a long time now, qualifying pace has been good too. We had some decent battles with the McLarens in Mexico, so I think we can be pretty confident going into Brazil.

So Interlagos shouldn't present any difficulties?
JP: The car is getting better every round still, and I'm driving pretty well and getting more and more out of it, so I think that combined with the fact Brazil is a nice track, means I'm hopeful for a positive weekend.

What do you think of the track?
JP: I did FP1 there last season. I was quite new to the car but I actually really enjoyed it. It's an interesting layout and I was pretty competitive. It's a legendary circuit which has a fantastic atmosphere. It's anticlockwise so you have a lot of fast left-handers which we're not so used to! I quite like turn one and two, the Senna esses, it's a good combination of corners. It's good for overtaking but also easy to lock-up at the end of that straight heading into the downhill left-hander. The inside wheel is particularly unweighted as you're braking and starting your turn-in, because of the camber of the corner. If you get it right here, you can have a decent advantage against a rival. There have been many interesting races here in the past, I remember Hamilton winning the title at the last corner and the 2012 race as well, where Vettel won too.

There are two races left, what do you hope to achieve from them?
JP: The season has gone so quickly. We just have to give it our all. I'd love to get another points finish before the year is out, so I will be pushing for that all the way for the final two races.

Is there anything in Sao Paolo that you'd like to see or do?
JP: I didn't see so much of the city last year, but I like Brazil, the main thing is the passion of the crowd they always seem to bring a good, party vibe. It's also renowned for its food and drink. I'll probably grab some steak, especially after the race!