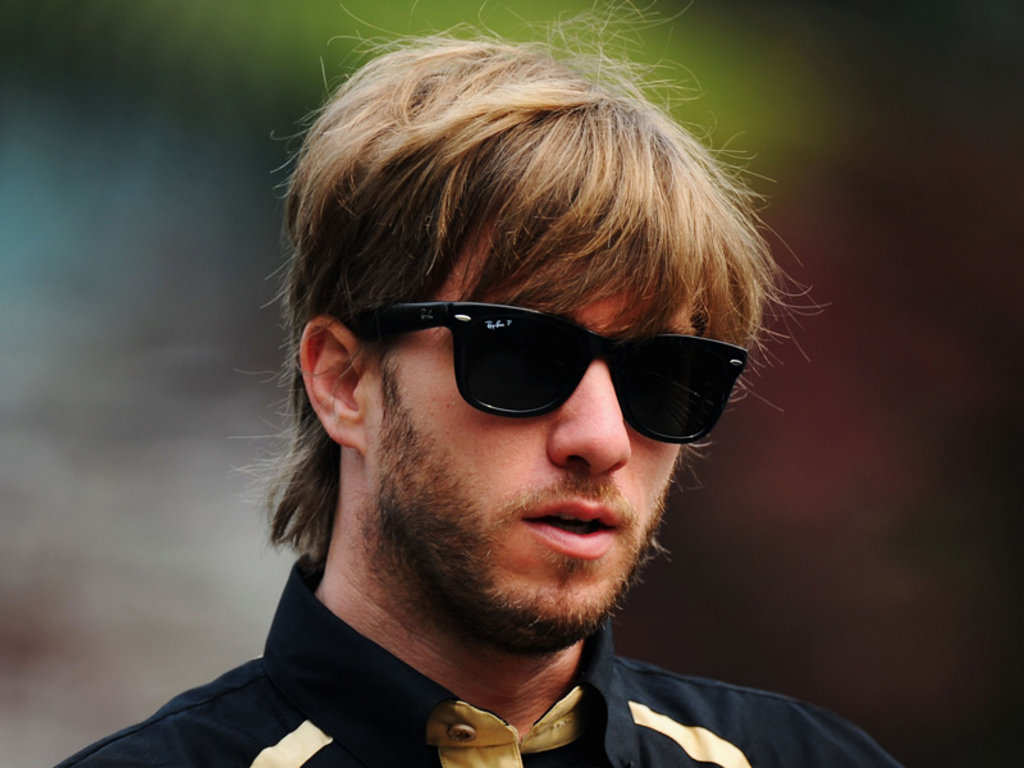 After an eventful but not particularly successful weekend in Monaco, both Nick Heidfeld and Vitaly Petrov want to fight at the front in Canada…

After an eventful but not particularly successful weekend in Monaco, both Nick Heidfeld and Vitaly Petrov want to fight at the front in Canada.

Nick Heidfeld
Q: Four more points for the team in Monaco – what is your reflection on the last race?
NH: Well, naturally we went to Monaco expecting more from the weekend. We were predicting a better performance and more points all around – we thought we would be quite strong there. I do feel, however, that we have come away from that weekend having learnt a lot more about the car, which is positive, and I’m sure we can take that knowledge into Canada and the races beyond in order to bring our performance up to a higher level.

Q: There has been much discussion about the need for the team to improve its qualifying performances. Do you think this is currently the main obstacle to more points?
NH: This is actually the area I focus on the most with the team, with the aim of maximising our potential there. If you look at my race performances, I think it is as good as it can be, and that’s really helped us get the points we have this season. However, in Monaco especially, you cannot capitalise on the race pace if the qualifying is not at a high enough level. We know that qualifying is extremely important at all the F1 circuits.

Q: The Canadian Grand Prix is a different type of race with long fast straights and slow, tight corners – how will you approach it?
NH: Well, Canada is not as unique as Monaco but it does still stand out in its own way. It has slow chicanes and fast straights, so it is going to be a different kind of drive than the last race. We tend to have fast straight line speed which should help us.

Q: You have been on the podium here in Canada before, are you looking forward to coming back?
NH: I look forward to every race, yes, but this is a very special one because I’ve finished second here before. The race itself is unique – Montreal is a big city and it must be the only venue in Formula 1 where the city lives and breathes the sport for that week. There are postcards and souvenirs everywhere, and the support really is fantastic. It’s not every day you come across an F1 venue where the whole city gets behind the race like Montreal does.

Q: You are now 6th in the 2011 Drivers’ Standings – is this a personal motivation for you to do well at each race?
NH: This is what I targeted two races ago so it is nice having achieved this short term goal. I’m now ahead of Nico (Rosberg) and Felipe (Massa), so it is a motivation for me to keep striving to do well and scoring points to stay ahead. I am quite a way off Fernando (Alonso) in fifth position still, however the season is long and my target is to move further forward. What’s more important, though, is that we continue to understand and develop the car so that our performance improves as a team. Once this happens, the chance of securing big points will become more and more likely.

Vitaly Petrov
Q: Looking back at Monaco, you were having a good race up until the incident weren’t you?
VP: Definitely, yes. Up until the incident, things were going really well, fantastically well in fact given what our qualifying positions were beforehand. We could have finished third or fourth I think. Third would have been a real push but fourth was not beyond possibility, because my pace was not bad and I managed to save the tyres. I had some bad luck and there was a lot of traffic in front of me. Pastor (Maldonado) and Adrian (Sutil) were both slow, and it was very difficult to overtake them. Everything else on the day was going to plan, so it’s just a shame we could not have had more success with the final result.

Q: How are you feeling now as we look forward to Canada?
VP: Physically I’m feeling fine with no problems. I’m feeling better than I was after the race in Monaco. My ankle is fine and I don’t see any problems for the race here in Canada.

Q: The Canadian Grand Prix has always been a popular one, is it a circuit you enjoy racing at?
VP: Last year was my first time at the track, so it’s not a circuit I know that well. It’s not an easy race because the tarmac is quite unusual and we had so much degradation there with Bridgestone. We hope that it will be a different story with Pirelli, but we are going to have to see because so far this year, the tyres have been a hot topic at every race. The track does have long straights, which will offer us a chance to show our quick straight line speed, but there are also slow corners so it will be important to brake well to help preserve the tyres – it’s a real balancing act here in Montreal.

Q: What are your objectives for this race?
VP: Above all, we must get to the finish line and score some good points because we know we can do it. We are well aware that our car is very quick so we need to minimise our mistakes and the results will come.

Q: Do you think the Pirelli tyres will play a big role here?
VP: It’s a difficult question to answer because in Monaco we did not feel we would be able to race with just one pit stop, but in the end we did manage to. The tyres are certainly a talking point this season, and we have seen some heavy degradation at the different circuits over the last couple of months but you can’t argue it hasn’t made the sport more exciting for spectators.