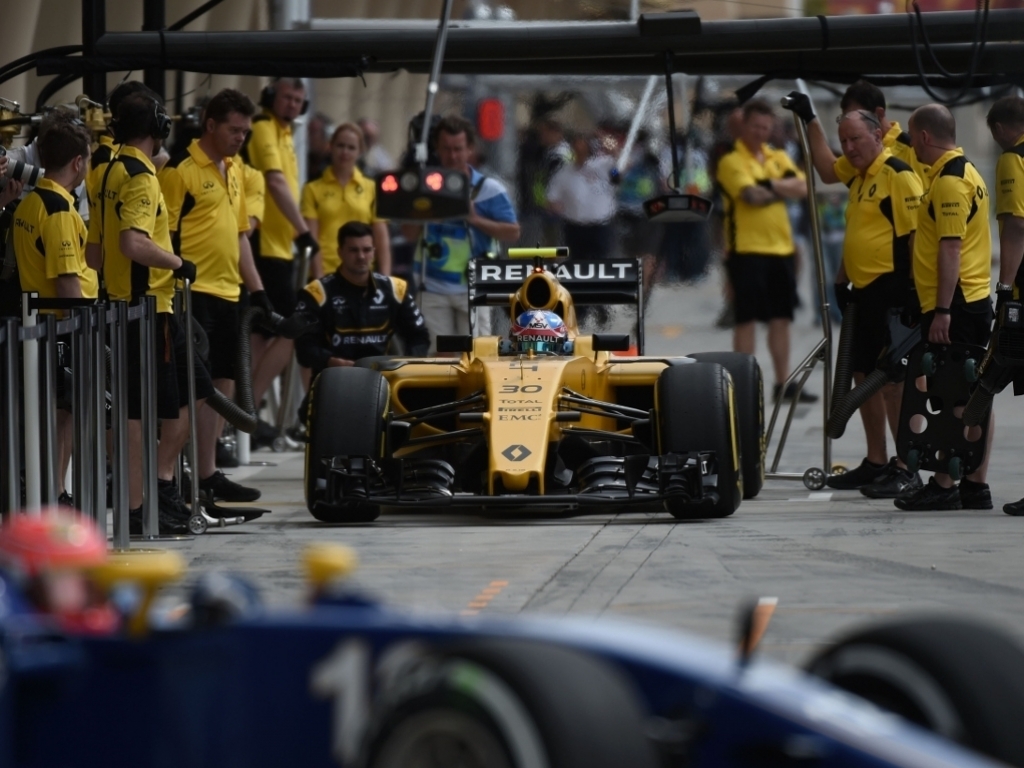 Renault are looking for their first points of the season in Shanghai, having claimed back-to-back P11s in Australia and Bahrain…

Kevin Magnussen
Q: What’s your outlook heading to the third race of the season?
I’m really excited and I really want to get those first points on the board. Give me a normal race with no puncture and no penalty and I think we can do that!

Q: What are your previous memories of racing in the Chinese Grand Prix?
My race in 2014 wasn’t the best, I struggled with the car I had, meaning I finished in thirteenth position. Certainly I’m hoping for a better result on my second visit.

Q: You’ve pushed very hard in the first two races with very promising race pace but it’s been ‘close but no cigar’in terms of points. Is that frustrating?
It is pretty frustrating! That’s how it is in racing sometimes, but we are very close so that does give motivation. The car feels really good. Of course, we want more downforce and more power, but show me a race driver who doesn’t ask for that! Naturally I’m enjoying being back behind the wheel, pushing hard and overtaking, but you have so much work to do from the back that you can have a very strong race yet still finish in eleventh. If we start further up the order and don’t have a first lap incident good things can happen.

Q: What are your thoughts on the layout of the Shanghai International Circuit?
The layout is interesting but it is a very wide circuit and there’s so much run-off area, it doesn’t feel as spectacular as it could be. It does have some really good fast corners; the entry to turn one is special in particular, you enter it from the fastest part of the track and by the end of what is a pretty long corner you’re at about 60kph!

Q: Where’s the overtaking potential?
There are two DRS straights so that’s obviously where you look first for overtaking opportunities. The biggest chance is into the first turn as the DRS zone starts very late on the start-finish straight so you can get close to the car in front. That said, I’m always going to go for any opportunity no matter where it presents itself on a lap!

Q: What’s the target this time?
We know our weaknesses and perhaps Shanghai’s not going to be the friendliest track for us in terms of these but I still think that if we have a good race we can challenge for points. I’m really pumped and excited.

Jolyon Palmer
Q: What’s the challenge of the Shanghai International Circuit?
I drove it last year in FP1 so I have a reasonable idea about the track. You can get pretty low temperatures there so there’s the challenge of long corners too, which means front tyre graining. It’s almost the exact opposite of Bahrain, which is rear limited.
There are some very technical corners, like turn one that is pretty unique as it goes pretty much back on itself, on to the back straight, which is another long corner that induces graining on the front left. The straight is very long and there’s DRS so in the race you’ll be looking to be as close as possible to the car ahead to slipstream and make a move, then you’re considering your braking point. It’s one of the longest straights on the calendar and it’s right at the end of the lap. You really need to maximise the potential; you can’t afford to mess it up. The long straight means the tyres are being cooled and the brakes are being cooled; both of which you need to be working at their best when you get into the corner.

Q: Does the layout lend itself to racing?
There are two sides to the track, you’ve got the really long straight with heavy braking at the end, then there’s the double DRS zones into the first corner as well so there’s overtaking opportunities there. The middle sector is more about high speed corners where it’s not so easy to follow the car ahead but the corner itself provides the challenge. There’ll always be the element of looking after the tyres in Shanghai

Q: Two race weekends in, is everything as you expected?
Australia was a really good way to kick off the year and we were a little bit ahead of where we thought we’d be so all the pre-season preparation had paid off well. Bahrain was more challenging as it was a weekend where nothing really clicked but overall the feeling within the team is great.

Q: What’s your feedback from Bahrain?
There were a few minor issues, which meant we weren’t able to optimise performance but we should have it all addressed for China. The car has a wellbalanced baseline and all we need is a little bit more performance. This is exactly what we have coming in the future, so everything’s good.

Q: How frustrating was it seeing your race evaporate away before you could take to the grid for the start?
I was pretty gutted! You complete the entire race weekend, all the practice sessions, qualifying, all the debriefs and all that work for a race and to miss even the race start – when there’s the most adrenalin of the weekend, and the part you most look forward to – is really frustrating. The warm-up lap all went to plan, I was getting the tyres where I wanted them, then suddenly in the second to last corner I realised the hydraulic problem as the brakes, then the steering and then the gears went. It was disappointing for me and disappointing for the entire team. The thing about a Grand Prix is that there’s only one race on the weekend – whereas in every other series I’ve contested there is more than one race – so if you have a problem, that’s it; game over. To be packing up before you’ve seen the lights go off is disappointing.

Q: Watching the race from the garage, what were your thoughts?
We knew that the race pace was going to be better than the qualifying pace so I was looking forward to moving up the order, just like we saw Kevin do. I think we should have both been able to have a good crack at the top ten.