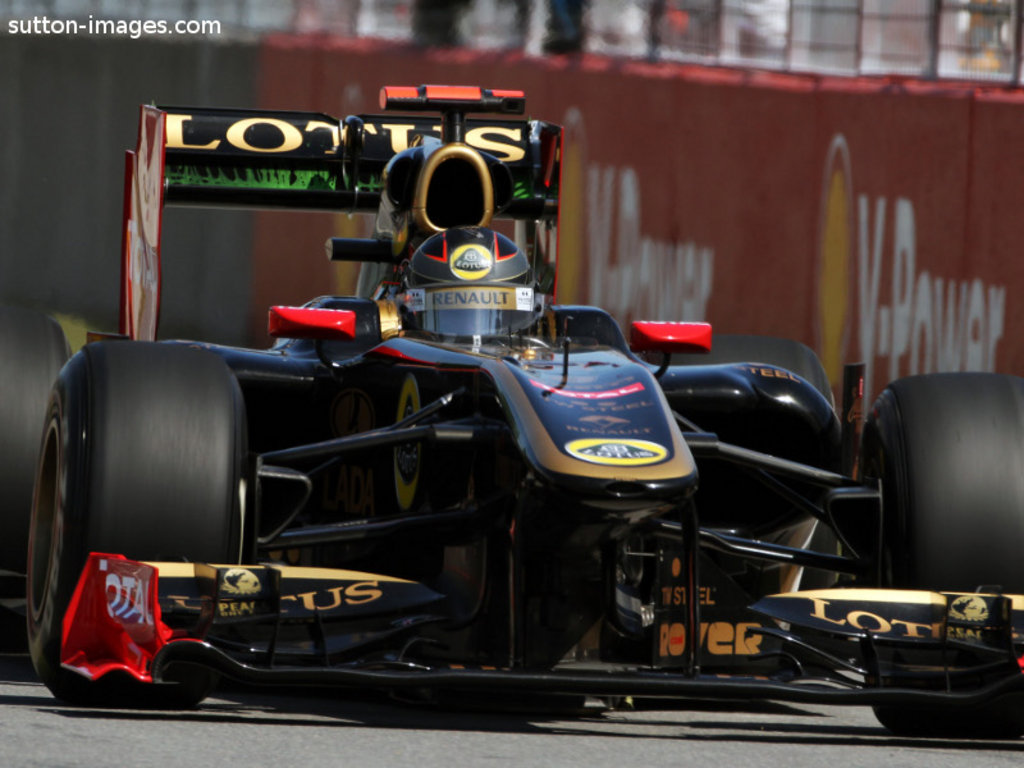 Nick Heidfeld:
Q: You must be disappointed after Montreal – was it just a case of bad luck?
NH: Yes, I think it was bad luck. I have put it behind me now but it is difficult to know what could have been done differently. When the incident happened, I was behind Kamui (Kobayashi) and he suddenly slowed down instead of accelerating which would be the normal action at this part of the track. Of course then I couldn’t avoid him and went into the back of his car, my front wing came off and unfortunately my race reached its end. These things happen from time to time, it was just unlucky that it took place when we were in such a strong position fighting for high-end points.

Q: Despite the disappointment, there were positive signs for the team throughout the weekend – what can you draw from the experience?
NH: Overall, it was definitely a positive weekend for us, especially if you look at the preceding race in Monaco. It was a good step forward to have both cars qualifying in the top ten, and then to have Vitaly scoring 10 points, too. Before I went out (of the race), I was driving well. It was important for the team to come away from Canada understanding some of the problems we encountered in Monaco, and I think we have clear proof that we did exactly that. We now know which direction we need to take, and it is obvious the team started doing that during the two-week spell between Monaco and Montreal. These things don’t magically happen overnight, but we have done a good job in analysing where we need to improve. In addition, the pit wall team made the right decisions over the weekend to put us in a strong fighting position.

Q: Four more races until the August break, what’s your target for these?
NH: Well, we will take it one race at a time. Firstly, our thoughts are very much on Valencia and this is our priority for now. I always want to get the maximum out of the car and each situation. I am sure I’ll be able to fight for a strong points finish here.

Q: Seven races into the 2011 campaign, do you feel this season has been particularly exciting for F1 fans?
NH: On one hand, yes but on the other hand, no. The races have been very exciting in terms of overtaking and unpredictability, so in that sense the sport has been more of a spectacle. However, if you look at the lead Sebastian (Vettel) has in the Drivers’ Standings then it is not much of a fight at the moment. From that side of things it is quite one-sided. But, this could change very quickly and it will be interesting to see what happens when the rules on the exhaust systems are altered.

Vitaly Petrov:
Q: Sitting nicely in the Drivers’ Standings after 10 more points in Montreal – were you happy with your race there?
VP: I would have to say 50/50. We were expecting to be a little bit higher in qualifying, but I think we had some bad luck during the session so our performance was lower than hoped for. The race itself was not easy because both Nick and I were on different car set-ups. I had less downforce in my set-up, and I think that if I’d had more (downforce) I would have had a stronger race. Personally, I think I could have pitted a little earlier so strategically we could maybe have done it even better I think, but this is only my personal opinion. We finished fifth, took some points from the race but I know we did not fully capitalise on the situation.

Q: First Monaco, then Montreal – both races were eventful for different reasons. Does the unpredictability keep you challenged?
VP: Yes, it does, and these races add to your experience as a driver. It is a challenging season with a variety of circuits and, as a team, we are really amongst it and fighting for the high-end points. The season is a long one, but we need to focus, work hard and above all have the right strategy. We’ve been spot on most of the time in this area this season and we need to keep up the good work. Strategy, strategy, strategy!

Q: You finished 14th at the European Grand Prix last year – what’s your impression of the track?
VP: It’s the third consecutive street circuit race, so we are getting used to these types of venues! I actually have very good memories of racing in Valencia because I won here three times when competing in the GP2 series. I haven’t made my mark here yet in Formula 1 but this year I’m much more prepared.

Q: Seven races into the season, are you satisfied with how things have gone?
VP: I think we can do much, much more. I know I’ve said that before but I really believe we can. We’ve had good results, but together we can achieve greater things. Sometimes I’ve made mistakes, sometimes our pit stops could have been improved, but generally I think we can take it up a level. We need to minimise the mistakes, and the points will keep on coming.

Q: Four more races until the summer break – what is your target for these?
VP: My target for the coming races is points, points and more points. It would be much better to take our summer break in the knowledge that we had scored some well-deserved points in the lead-up to it. Valencia’s a circuit I know very well so I think I have an advantage going into the race. I’m feeling pretty good heading into the next four events.