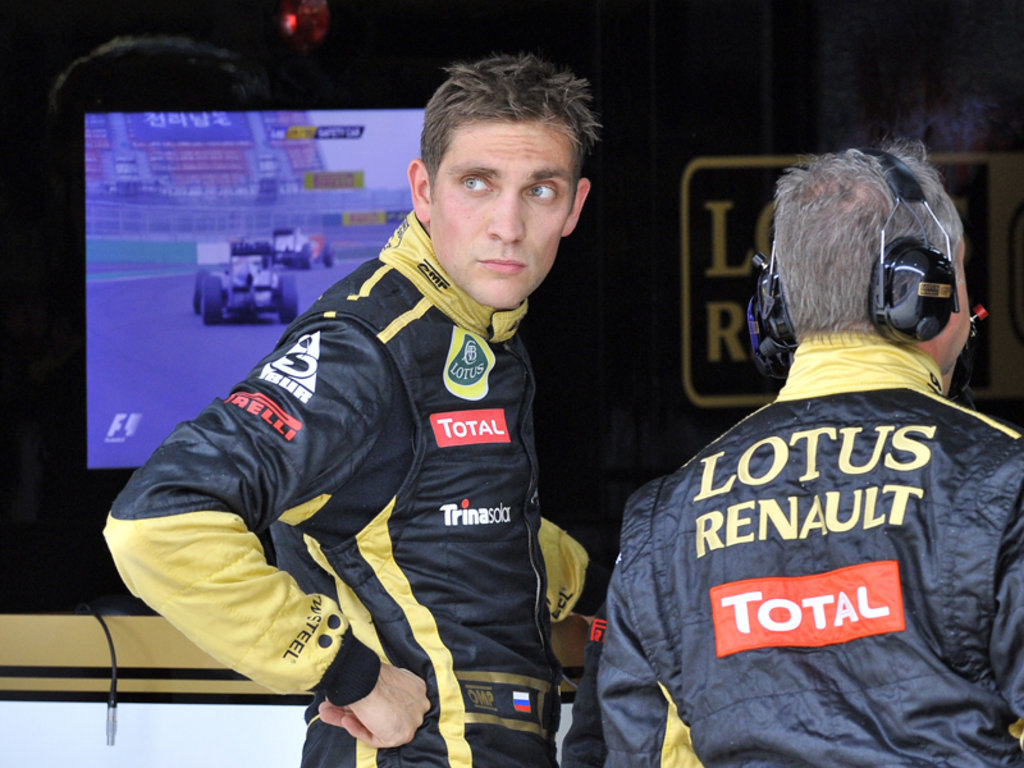 Having failed to shine in Korea, both Bruno Senna and Vitaly Petrov are hoping for better at the inaugural Indian GP…

Having failed to shine in Korea, both Bruno Senna and Vitaly Petrov are hoping for better at the inaugural Indian GP…

Bruno Senna
Q: It was a trying weekend for you in Korea – what was your judgment?
BS: In all honesty, it was a weekend riddled with problems. On Friday, our running was limited and we had some issues with the balance and aerodynamics of the car. On the Saturday I also endured a tough time, as I wasn’t able to pick myself up in qualifying and, as a result, ended up P15 on the grid. As for the race, I think the car was better than where it finished. I had a poor start again, which dampened my expectations but I still gave it my all and managed to recover a few positions to finish in 13th. Unfortunately I didn’t have the performance necessary to overtake a few more cars and my tyres were pretty beaten up by the end.

Q: A relatively unknown track in Korea to a completely unknown one in India – what are your thoughts leading into this race?
BS: India will be a complete voyage into the unknown, as no one has ever raced there before. We do not yet know how the car is likely to perform, though looking at the track layout it should suit us quite well, and we can expect to be up amongst the mix in the top 10; although we need to remain careful at this stage. From the maps I have seen, it looks to be a fast, flowing track that suits my style of driving so I am looking forward to racing there. It will be a test of who learns fastest. I think that whichever teams can extract the maximum from their cars in the short period of time that we are there will benefit most.

Q: Are you excited to go to India?
BS: Yes, very excited indeed. It’s a country that loves its sport, and we have seen new sports events take place there recently such as the Commonwealth Games; I’ve no doubt it will be an interesting Grand Prix, with a completely different culture from anything I have seen before and I think Karun Chandhok is going to show me around – it’s always good to have a local as your guide so I’m enthusiastic to get out there.

Q: What must Bruno Senna take from the last three races to ensure he’s a happy man come the end of the season?
BS: Haha, well some of my best races were in Abu Dhabi and Brazil last year so there’s no reason why I shouldn’t enjoy similar fortunes this time around, especially because I am in a competitive car that can score points. The aim is to keep learning, keep improving, and to arrive in India with a much clearer head after the frustration of my weekend in Korea. I loved the experience of being in the points in Monza, and that’s something I want to repeat. I have three races left to do that.

Vitaly Petrov
Q: Looking at your early exit from the Korean Grand Prix, how would you evaluate your performance?
VP: Over the course of the weekend we did a fantastic job; the whole team worked very hard. We got into Q3 comfortably and showed stronger pace than some of the teams we are fighting against. We were closer to Mercedes and I was fighting with Nico (Rosberg) and Michael (Schumacher). It was a pity the race ended the way it did. My first stint showed good pace. We had a fierce battle, but this time it was me who took Michael out of the race – normally it is him that takes me out! I apologised to him, and concluded that that’s racing.

Q: How did your incident with Michael come about?
VP: I was fighting with Fernando (Alonso) on the straight. I used DRS to pass him, then he switched on his DRS and KERS, and passed me on the left hand side. This meant I was then on the right hand side which was a little dirty. I braked 15 metres earlier than normal, but because it was dirtier and I was travelling nearly 20 kph faster due to the slipstream, I was unable to stop the car. Not only could I not stop the car, I couldn’t move to the left as Fernando was there and I was going to hit him. It was a pity, but on the plus side we were battling for high end places. We were disappointed about the weekend but there were some positives to be taken away.

Q: What are your thoughts heading to the Indian GP?
VP: It will be quite challenging for the teams and drivers because it is a new track where no-one has raced before. That was the same story in Korea two years ago so I know it’s quite a tricky scenario. I have prepared in many ways and racing in India will be a refreshing challenge. As a new circuit, it is a level playing field for everyone.

Q: How much do you enjoy the adventure of going to a circuit which has never been raced on before?
VP: It is a good challenge for drivers as you never know what to expect. Sometimes the car will be very good straight out of the box, sometimes not, so it’s difficult to know what will happen until you complete your first laps. When I saw the layout of the circuit I said it would be quite difficult, but for the last two races we have shown good performance even if we didn’t always achieve the results we were capable of.

Q: How will you prepare for this race?
VP: We will arrive a little earlier than we would for a circuit we already know. Regrettably, I am starting with a five position penalty, due to the incident with Michael in Korea, so I will have to be right at the top of my game.