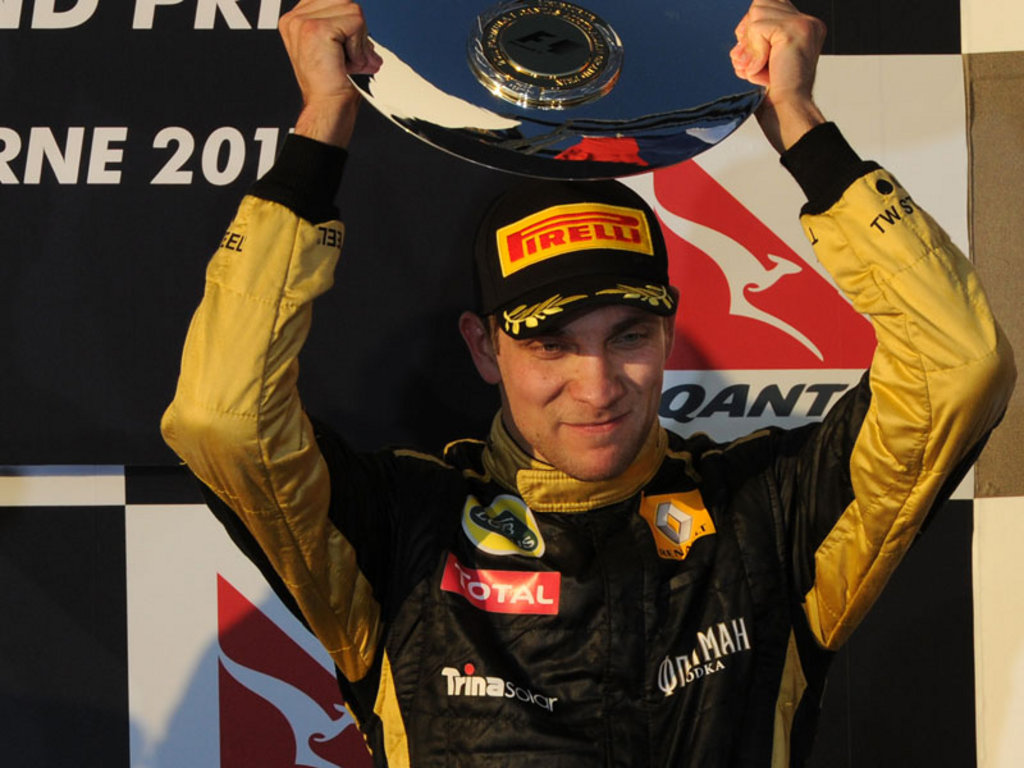 Still on a high after his podium in the season-opening race, Vitaly Petrov hopes to keep pushing Red Bull and McLaren in Malaysia….

Still on a high after his podium in the season-opening race, Vitaly Petrov hopes to keep pushing Red Bull and McLaren in Malaysia. Meanwhile, Nick Heidfeld hopes to bounce back after his disappointment.

Vitaly Petrov
Q. Vitaly, congratulations on your first podium last time out. You must be feeling pretty good…
VP: “I felt really good after the race. It was great to be standing on the podium in front of my team, especially knowing what we have all been through over the winter with some very difficult moments. It shows that all the hard work and effort was worth it and I have to say thanks to everyone for giving me such a brilliant car. I know we can have a great season.”

Q. Did you ever imagine you could achieve this in just your 20th race?
VP: “Before we came to Australia I had a feeling that we could get a good result. Testing tells you very little, but we kept improving and bringing new parts to the car. Then, in Melbourne the car was perfect for the whole weekend and it went better session after session. I believe we can do the same in the next few races.”

Q. What reaction have you had following this result?
VP: “I’ve had a lot of phone calls and text messages from everybody I know saying ‘congratulations’. I’d forgotten how many people had my phone number!”

Q. Do you think you can be fighting at the front once again in Malaysia?
VP: “We now have a better idea of where we stand compared to our competitors, but I think we need to wait a few more races to see the real picture. We know that Red Bull and McLaren are very strong, too, but hopefully we can keep pushing them hard.”

Q. What about the track – will it suit the R31?
VP: “Again it’s difficult to say. The big question will be on the tyres because we have not really run in high temperatures. I know we have some more aero parts coming for Sepang which will help.”

Q. How challenging is the Sepang circuit?
VP: “I like the track, but it’s difficult because there are lots of different corners and finding the ideal set-up isn’t easy. You need a car that works everywhere: in the fast corners, in the slow corners, and you also need to be good on the brakes.”

Q. Do you have any advice for coping with the heat and humidity in Malaysia?
VP: “You just need to stay outside and avoid the air conditioning. That’s the secret. I don’t have a special diet, but I drink lots of water. ”

Q. Nick, a tough opening weekend for you in Australia and not the way you wanted to start the season…
NH: “From my perspective it was obviously disappointing – even more so because it was clear to see how much potential we have in the car. My target is always to maximise each race weekend and I didn’t manage to do that in Melbourne.”

Q. Your car was heavily damaged on the opening lap – how tough was it to drive the rest of the race?
NH: “It was very difficult. The balance obviously wasn’t what it should have been; the grip was very low and that made it difficult to keep the tyres alive. But I still tried my very best because you never know what can happen in a race and there is always a chance to score points, so I kept pushing.”

Q. Were you able to learn much about the car’s performance or the tyres?
NH: “It was impossible, but we had useful data from Vitaly’s car. However, I did learn about the procedures of the team because it was my first full race weekend working with the guys and that was helpful.”

Q. Do you feel ready to bounce back in Malaysia? What are your objectives?
NH: “You always look forward to the next one, even more so when you have had a difficult race. At the moment my objective is to forget about Australia and look forward to Malaysia.”

Q. What are your thoughts on the impact of the DRS so far? Will the effect be more obvious in Malaysia?
NH: “Yes, I think it should have a bigger impact there. Overtaking has always been easier in Malaysia because of the circuit design. You have long straights followed by slow apex corners and we should see more action.”