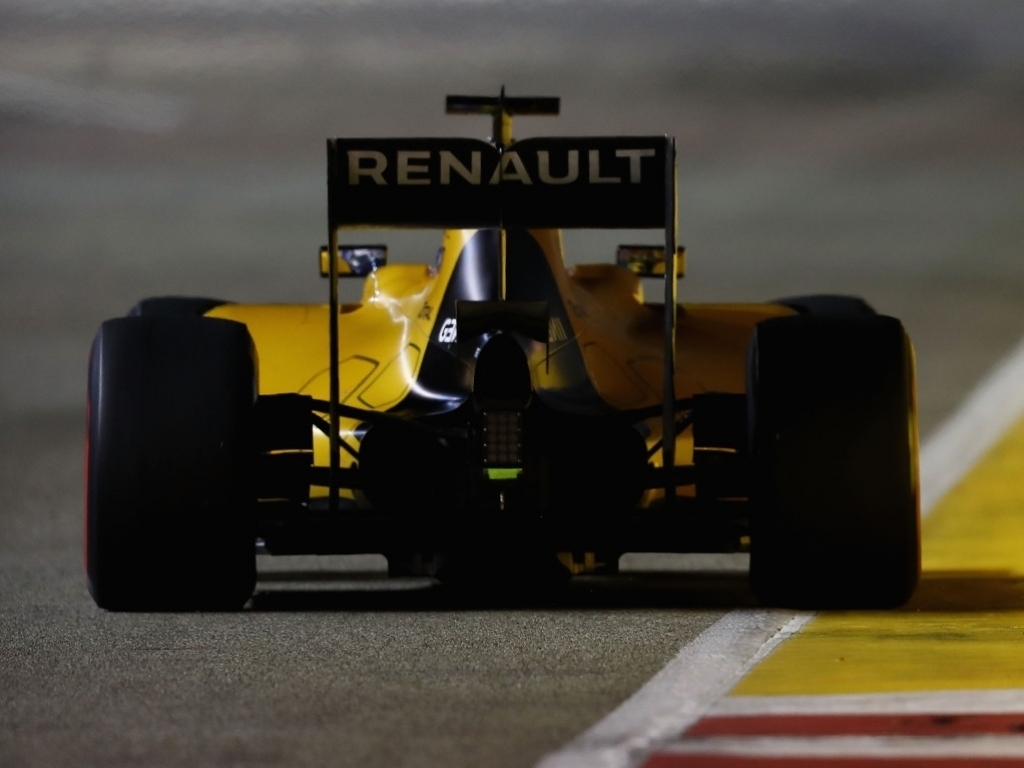 Kevin Magnussen aims to get the most out of his Renault in Mexico while Jolyon Palmer wants get his talking done on the track.

What do you think of the circuit layout of the Autodromo Hermanos Rodríguez?
KM: I've never driven it but I have studied the layout and watched some on-board laps so I've got a good taste for it. It looks good, but you never get a real feel for it until you get out there in the car. I know that the engineers say it was pretty slippery last year, especially early in the weekend which is what you'd expect for a new facility. It's going to be interesting to see how much it's improved over the past year.

What are your post-race thoughts on the United States Grand Prix?
KM: Firstly, the five second penalty I got at the end of the race was frustrating as I was just reacting to Kvyat's pretty aggressive defending even though he was on quite shot tyres, but it's just one of those things in motorsport and you get on with it. Otherwise, it was a pretty interesting race. We started planning for a one-stop then adapted to a two-stop, then finally to a three-stop. It's not often that you change that much over the course of a race, but we could see the tyres weren't lasting as long as anyone had predicted so we went with it. I relied on the pit wall to advise me of the best approach and we did make a pretty good call with the final stop. Obviously, we wanted to finish in the points and, although we didn't, we were close.

You seemed to enjoy your final stint?
KM: It was great to be racing with fresh tyres at the end when so many other cars were running out of their tyre performance. In racing you always want to overtake any car ahead so I enjoyed that final stint the most of any of my racing this season.

Will Mexico be more of a challenge as it's a new track to you?
KM: It will be interesting learning the track for the first few laps in FP1 but after that you just get on with the programme.

What are you looking forward to in Mexico away from the track?
KM: I've never been to Mexico before so it's going to be a completely new experience away from the track too. I've heard a lot about Mexico City from everyone that visited last year, especially that the fans are very knowledgeable and enthusiastic. I love Mexican food, especially if it's hot and spicy.

Jolyon Palmer
What do you think to the Autodromo Hermanos Rodríguez?
JP: I drove it in FP1 last year and it was very slippery as the surface was new and it's a cool track with a really nice feel to it. It's always fun to go to a new circuit, which was the case last year. It's got a particularly distinct character with the stadium section near the end of the lap, there's quite a few fast corners; it's a good layout.

Tell is about the stadium section…
JP: There's something really special and you feel the atmosphere. It's a very slow section, and to be honest it's not fantastic in pure driving terms as the corners are some of the slowest on the calendar, but you really feel the buzz of the fans all cheering and that really pushes you along! You go so slowly through there that you can properly appreciate and feel the enthusiasm.

How do you reflect on your United States Grand Prix?
JP: I'm quite happy on one hand as the pace was decent. Thirteenth was a reasonable result in the race, but probably I should have finished P11 or fighting for tenth but my start and first few laps weren't great as I was struggling for grip, then I was stuck behind Kevin for much of the race, which was a bit frustrating. But overall, I think I had a good qualifying session and showed good race pace.

Austin was a new track to you whereas you've driven Mexico before – does this make much difference to your race weekend?
JP: Honestly, it doesn't make the greatest amount of difference. Suzuka and Austin were both tracks I didn't know yet I was able to have good weekends. Certainly, the approach to FP1 is different depending on if I've driven a track before or not.

Does the high altitude of Mexico City have any impact on your approach or preparations?
JP: We were aware of this before we went there last year, but it didn't seem to make any difference. I headed there on Monday after Austin so there'll be plenty of time to get used to it! I'm being kept busy in the build-up to the race as we have a lot of interest and some Mexican partners to it's certainly not a quiet week.

What do you like about Mexico?
JP: I love the food, culture and people. Last year the event was all about the crowd; there were so many people and they were so enthusiastic. On the grid in Mexico was one of the most memorable moments of last season; that and driving through the stadium section – even in FP1.

What's your outlook for the final races of the season?
JP: Just get my talking done on track. I feel I'm getting better all the time and I'll be pushing hard at every turn. I'm happy with the car and the team and I feel in a good place so there's no reason why I shouldn't put in strong performances over the next races. My focus is certainly on the races. I want to do a mega race in Mexico and get the appreciation and everything else which goes with that.