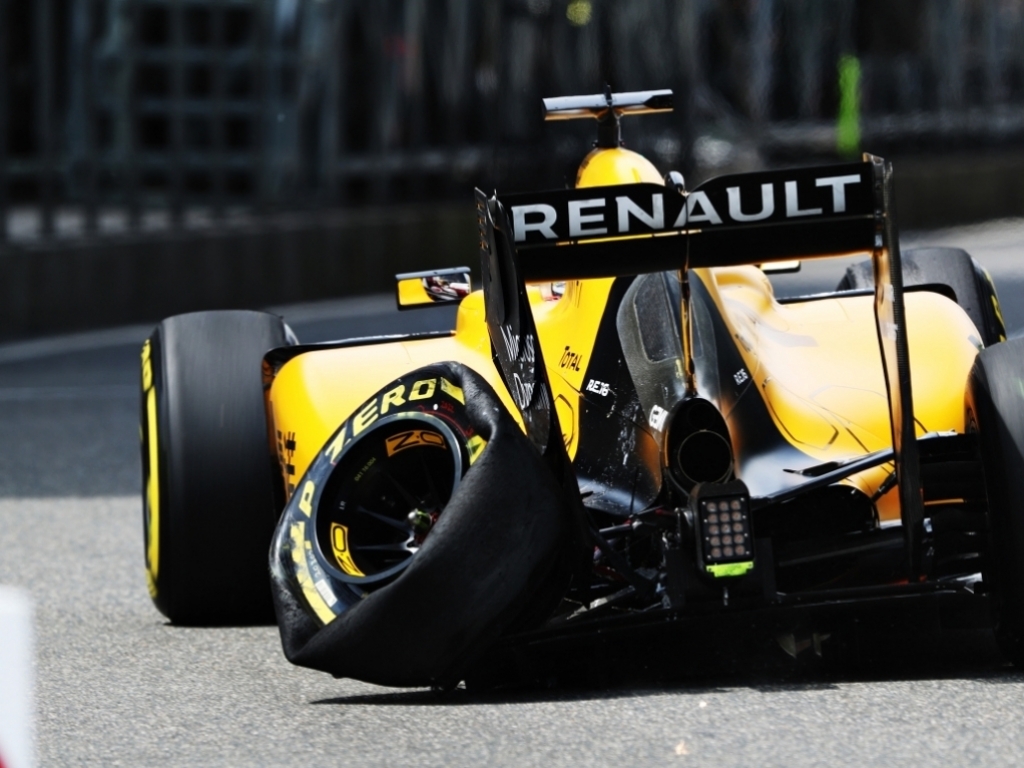 Kevin Magnussen
Q: What are your thoughts on the Sochi Autodrom?
KM: It’s pretty unique with some interesting corners so it’s a bit different from the other tracks we visit. The grip level’s pretty good from the track surface too. In terms of layout, turn three seems to go on forever but you’re flat on the throttle. Then there are a lot of corners where it feels you’re braking too late but where the exit opens up and there you have to focus on getting the exit right. You have to be a little bit different in how you approach your driving there.

Q: Looking back on China, was it a crisis when your suspension let go?
KM: Honestly, it was no drama from behind the wheel; the suspension collapsed and then we had the puncture. It was all pretty easy to deal with. Of course, it took a long time to repair the car so missing the sessions was the frustrating aspect. Looking out of the window on Saturday morning was frustrating when I saw the rain as we knew the race could well be dry and the first time I drove the final corner in dry conditions in fact was in qualifying!

Q: What did you miss from sitting out most of FP1 and then FP2 too?
KM: Generally every lap you’re behind the wheel you’re improving yourself and also improving what you know about the car, the circuit and the tyres so you get more and more consistent  with every lap. Missing one session is not so bad, but essentially missing two, then having a third session which was wet when the rest of the weekend was dry? That was less than ideal.

Q: How was your race?
KM: For us the race was pretty steady and not too eventful. You don’t mind when you have a race like that when you’re near the front, but that wasn’t the case so it won’t go down as one of my more memorable events! It was a race where everyone finished, so we couldn’t capitalise on better reliability than the opposition. We’re certainly hoping for better things in Russia.

Q: You qualified in sixth and finished fifth in your first Russian Grand Prix in 2014; any particular memories?
KM: I remember that we had a gearbox penalty so we had to work quite hard for that fifth position. It’s always interesting to see a new Grand Prix venue and learn a new track.

Q: Would you be better than Jolyon if you tried Cossack dancing?
KM: I’ve seen Jolyon trying Salsa dancing on a beach so I reckon he’d be better than me.

Q: Any other Russian experiences you’d like to share?
KM: I’ve been there twice with Renault 3.5 and at the Moscow Raceway in 2012 and 2013. I scored a win and a second place both times so Russia hasn’t treated me too badly. I can’t say I know too much about Russian food but I have been told about a Russian drink…

Jolyon Palmer
Q: What are your thoughts on Sochi?
JP: For me the best thing about Russia is that I won the first ever GP2 Series race there and that race won me the championship so I have very good memories of the Sochi Autodrom! It was a very good race, I got a great start so led from the first lap and won but was under a lot of pressure all the way. It’s great to win any race, but to win a race where you’ve had pressure at every turn, that’s a real achievement. Because I won that race I won the championship so that’s why I have some very good memories of Sochi.

Q: How was the China debrief?
JP: It wasn’t pretty and we’re analysing to make sure we can learn every lesson possible from the weekend. It was certainly a weekend where we struggled so we’re doing everything to understand why. We’ve made good progress and what we can achieve is certainly better than what we saw in Shanghai.  From my perspective, I’m still learning what exactly I need from this car at different tracks, on different tyres and in different conditions. We’ve made some good progress dissecting and understanding and this should translate to improvement on track in due course.

Q: What are your targets for Sochi?
JP: My first aim is to get back to a Melbourne level of performance where I was happy with the car. As a team too, we were happy with the level of performance as we were through to Q2 in qualifying and near the points in the race with both cars quite evenly matched. I haven’t been able to replicate that in the last couple of races so that’s what we’ve been focusing on. We know that Russia won’t necessarily be the very best circuit for us, but I’m focused on my own performance to extract the very most I can from behind the wheel.

Q: Aside of the Sochi Autodrom, what other knowledge do you have of Russia?
JP: I am aware of some Russian drinks so hopefully we can achieve something in Sochi that warrants at least a small celebration.

Q: Would you give Cossack dancing a try?
JP: I don’t even know what it is so clearly I’d be no good, yet, so maybe I should learn…

Q: How different is it racing an F1 car rather than a GP2 Series car?
JP: F1 is much more complicated with the different tyre specifications, bigger degradation with the tyres, fuel consumption considerations and energy management – so there’s a lot to think about. GP2 is a lot more raw: you get in and drive the car whereas with Formula 1 there is a lot more to think about, whilst at the same time you have to drive at the limit against the best drivers in the world.