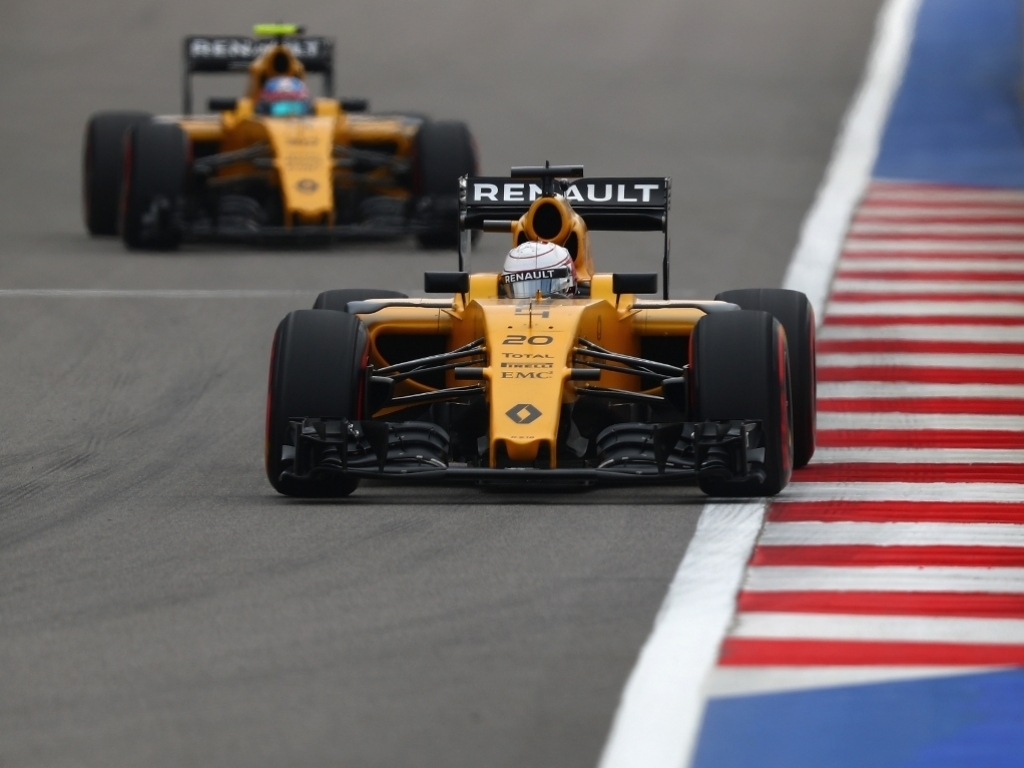 Kevin Magnussen
Q: What’s Kev been doing?
After Russia I was training and recharging my batteries. The weather’s getting better so I’m doing some training outside, the sun is coming out and that’s a good thing. A nice change after training inside for the entire winter! I had a seat fit for the E20 on Thursday that I’m due to drive when you read this. Then on Monday before Barcelona I’m due back in the simulator.

Q: Quelle surprise?
It’s a good circuit and we’ve driven it so many times that everyone knows it very well, so it’s not so exciting from that perspective as there aren’t often any surprises.

Q: Good Racing?
It can offer some really good racing, then some years you have quite a dull race. I can remember when Williams took their last win: that was a really exciting race. You can see surprises here.

Q: The Track
The reason Barcelona is a test track is because it has almost every type of corner. It has chicanes, it has fast corners, it has slow corners, it has big braking zones, it has corners when you prioritise speed on entry and it has corners where you focus on the exit: it has everything. It’s a perfect test track, but in anything it does have more high speed than low speed corners so you need a nicely balanced car and tyre wear can get a little bit tricky: you can’t really run the softest tyres there.

Q: Good Memories?
I won my World Series by Renault Championship there, which is always a good memory.

Q: Spain
We always find ourselves in Spain with Formula 1, we do pre-season testing there a lot, whether it’s Jerez or Barcelona; it’s a country with a lot of good racing circuits. We always get great support from the fans.

Jolyon Palmer
Q: Were you happy with the progress made in Russia?
If I’d been asked that question at the end of Friday in Sochi, I’d have said no as that day certainly wasn’t going my way. However, the team changed the floor of my car on Friday night and for Saturday onwards the balance felt normal and consistent again, which was a positive for the rest of the weekend and hopefully looking forward too.

Q: What’s the plan for the Spanish Grand Prix?
A strong, solid weekend would be nice. We’ve made progress with the car and I’m happy with the balance and how it drives again. Kevin scored points for the team in Russia so we know what’s possible. It’s the first race in Europe and at a track we all know really well. I’m pretty pumped-up for a strong weekend.

Q: What do you think of the Circuit de Barcelona-Catalunya?
I’ve been there many times and it’s a track that most Formula 1 drivers know extremely well, even just from the pre-season testing we’ve already done there this year. From a driving point of view we know exactly what to expect, however it’s traditionally the first circuit where you see a lot of updates brought so you can see some differences in relative competitiveness depending on who’s got updates, and how well those updates work.

Q: Lost of fast corners = a physical circuit for the driver?
It’s certainly one of the more physical circuits as there are a lot of long, fast corners, lots of high lateral Gs that put your neck and your core under strain. For the long corners the aero is really important, and with the DRS on the straight and the tyre degradation we see there, there’s potential for a good race.

Q: Do you like the long fast corners?
I prefer quick stuff – a long quick one or a short quick one I really don’t mind, as long as you really hang it out and commit hard to it. The Circuit de Barcelona-Catalunya has a couple that really take my fancy: turn three’s a really long, fast corner, and then turn nine as well is a really good one; it’s quick and it’s blind to the exit so you really have to commit.

Q: Any good racing memories from Circuit de Barcelona-Catalunya?
I had a double podium in 2014 with two second places in the GP2 Series with some good overtakes in two fun races there. It’s not been a circuit that’s been especially kind to me, but it’s a good challenge and one I enjoy.

Q: What do you think of the city?
Barcelona’s a cool city. The weather’s nice, the atmosphere’s always good and it’s just a very happening place with great culture. There’s also strong enthusiasm for Formula 1.