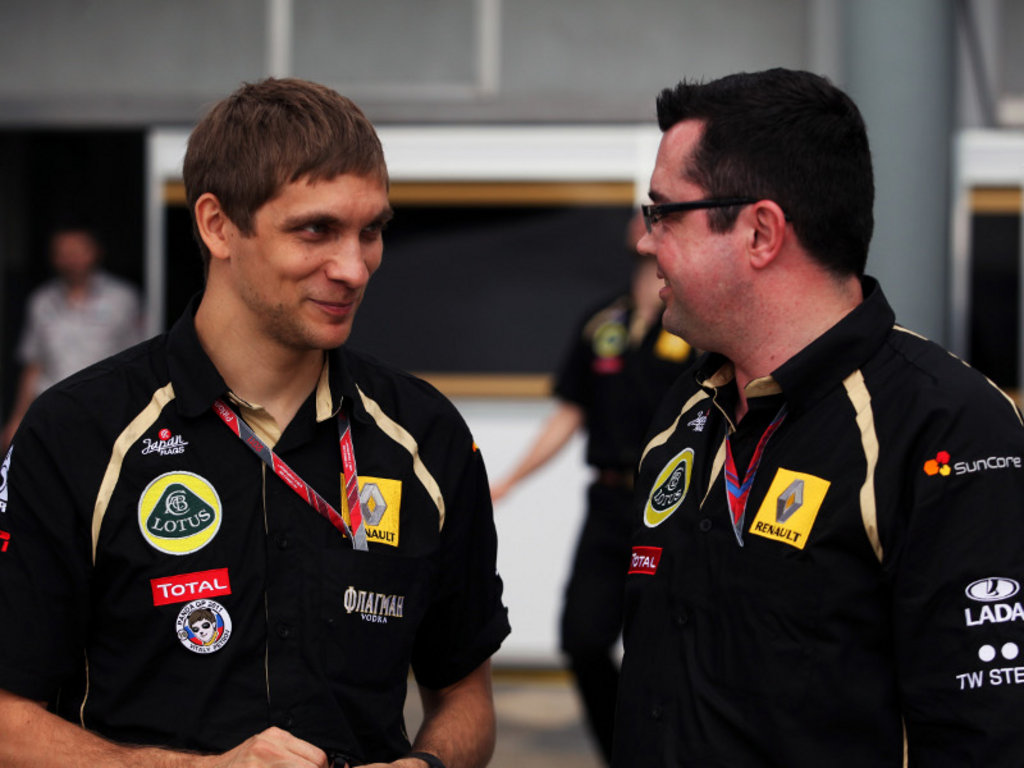 Renault hope Nick Heidfeld and Vitaly Petrov’s “near-to-victory taste in their mouths” will help them to push hard for a win in Turkey.

Q. Nick, three races in, can you summarise your feelings on how things have been going so far this season?
NH: “It’s been a bit up and down. On the positive side, the car is very innovative and it is quick. It is also responding well to set-up changes, it has got a good straight-line speed and has already proved to be competitive on different track layouts. We’ve already achieved two podiums from three races, which is a real plus. But on the other side, we haven’t yet fulfilled our potential and I hope both we, as a team, and I can improve on that. The first three races gave us a good picture of our strengths and weaknesses, and with the break we’ve just had we’ve been able to analyse where we can improve further.”

Q. Do you feel you are coping well with the new additions to F1 this season, namely the Drag Reduction System (DRS) and the return of KERS?
NH: “Well, like with everything, the more you use it the easier it gets but we’re still working on getting the perfect switch positions which we should have ready for Turkey. I think it’s all working fine and going to plan, even though I’m not a fan of the rear wing because I don’t particularly like things which artificially aim to improve racing. The biggest difference is the tyres. With the rear wing active and the car in front having similar tyres, overtaking might still be difficult which is exactly as what was planned with DRS, however if you have fresher tyres it might be much easier to overtake. I think we’ve seen far more overtaking than in the past.”

Q. How are you settling into the team?
NH: “Everything has gone so fast since February, which means that it’s been a very quick learning process. I joined the team for most of the winter tests and then went straight to the first race. It’s an ongoing challenge to have everything working perfectly at once but having said this, I’m impressed by the quality of the relationship we’ve built up over just a few weeks. People at Lotus Renault GP really want the driver to feel comfortable in the car and they give you a lot of confidence. They’ve really listened, as have I, and this has helped us develop constructively as a team. Above all, I’m really enjoying this open, two-way approach that we have.”

Q: Looking ahead to Turkey, you’ll no doubt be looking to come back strongly?
NH: “Definitely, yes. I think we’ve shown over the first three races that we have a good car and Istanbul could be very interesting because it is the first European race and a lot of teams will bring updates, including us. Hopefully we’ll be able to give a good performance again.”

Q. Vitaly, the Turkish Grand Prix marks the start of the European season in the Formula One calendar. How would you summarise the first part of the season?
VP: “We have made real progress this year with the design of the car and innovations and it looks very strong. We have had some good races and took two podiums. We’ve also had some bad luck but we’ve still remained strong. Things are looking good for us I think. I’m pleased with my performance so far and with the results we have obtained but we need to stay focused and continue to work at the same rate.”

Q. What are your memories of Istanbul Park?
VP: “I have very good memories from Istanbul Park, I like racing there. I had some big successes in GP2 there (winning in 2009). My first race there as a Formula One driver in 2010 was also memorable, as it was the first time I entered Q3 in qualifying and then I had a good race with great battles with both the Ferrari’s – unfortunately I didn’t score any points in the end due to a puncture but my race was still very good.”

Q. What particular characteristics does the Istanbul Park circuit offer?
VP: “I like the layout of the circuit; it has a lot of slow and fast corners, a good mix of everything but at the same time quite a technical circuit, we all know about the famous Turn Eight in Istanbul. Another aspect is that it is quite a wide track which makes it quite safe. Also, the track allows overtaking manoeuvres are possible so that should help make a great race.”

Q. You are currently seventh in the drivers’ championship. What are your ambitions for the Turkish Grand Prix?
VP: “I will of course do the best we possibly can to get the best possible result. We’re expecting upgrades for Turkey which is good, and of course the other teams will react too and work hard to beat us. We’ll be doubling our efforts in order to catch the teams in front. You never know what can happen during a race weekend but both my team and I will fight hard.”

Q. Eric, as Formula One heads to Europe, what conclusions can you draw from the season so far?
EB: “The first three races are always a challenge as we take the car straight out of the box to compete on the other side of the world. We had quite a satisfying campaign with two podiums in three races. Having said that, we encountered some disappointment in China but we put our heads back down to try and analyse and come back from this. We have shown good competitiveness in this first leg, including in China. So we now are looking forward to the start of the European campaign.”

Q. The start of the European season has traditionally been synonymous with big upgrade packages; how well is the team prepared for Turkey?
EB: “We have a good upgrade package coming for Turkey. I think that historically the teams were preparing to introduce their development packages for Europe, but I think that in the last couple of years the development race is continuous and this competition has already started. Teams have already been bringing new packages in Malaysia and China. Still, the first race in Europe remains significant in terms of improvements that teams will bring and this will be clear again this year.”

Q. You know Istanbul Park very well, how does the circuit inspire you?
EB: “It reminds me of a great fight Vitaly had with Fernando (Alonso) last year, and a very strong race that both Robert (Kubica) and Vitaly had. I know that our car is looking more competitive this year and our drivers know like the circuit, so we hope that it will be a good weekend for us.”

Q. Both Nick and Vitaly showed great performance in the first few races, are they ready for the European season?
EB: “I think that they can do even better. During the last three races, they were still getting to know the car and they showed good pace and results. I’m pretty sure that they now have the near-to-victory taste in their mouths so they need to keep on pushing. I know the team is absolutely 100