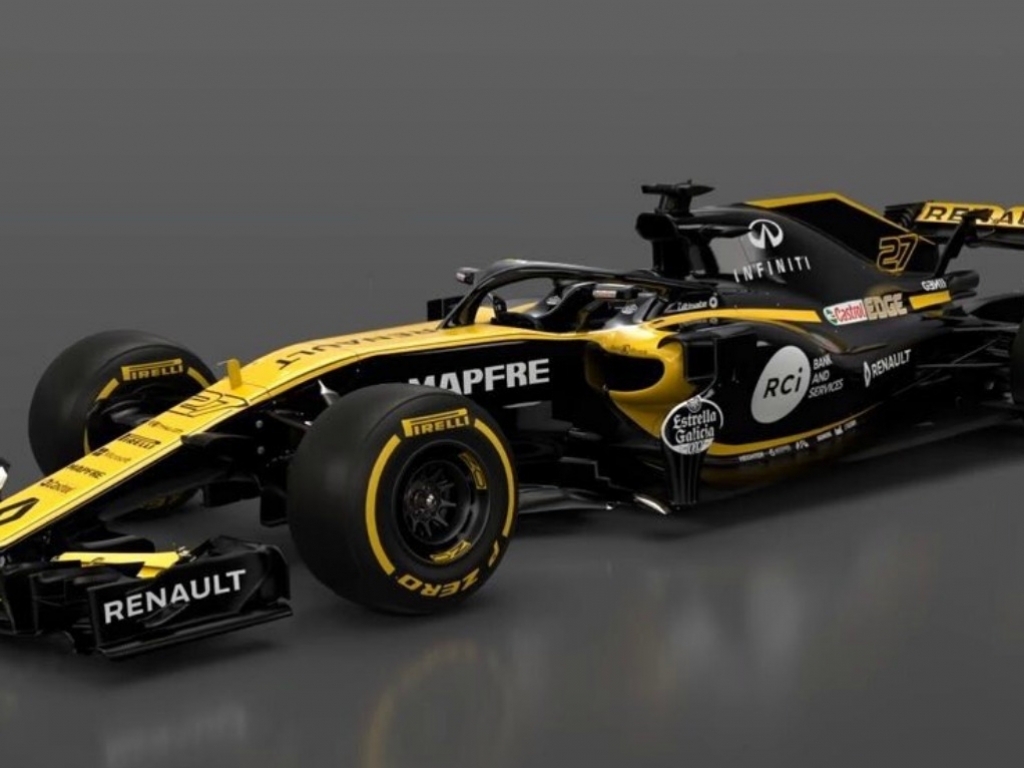 Renault are the fifth team to reveal their 2018 challenger – the R.S 18 – following an online launch on Tuesday afternoon.

Following hot on the heels of Sauber, who unveiled their Alfa Romeo-branded Sauber C37 a few hours earlier, the Enstone team took the covers off the car they hope will bring another improved showing this season.

Its predecessor, the R.S.17, helped the team jump from ninth to sixth in the World Constructors' Championship last season and will be aiming this year to at least put pressure on the likes of Force India before thinking about tackling the big dogs in Mercedes, Ferrari and Red Bull.

Carlos Sainz, on loan from Red Bull, will be taking part in his first full campaign for Renault after joining from Toro Rosso for the final four races of last season; Nico Hulkenberg, in his second season for Renault, will form the other half of a very competitive line-up.

Renault have opted to release three launch videos with the first dropping at 1500 GMT and the other two following at five minute intervals.

To all our fans, to those who slave away at weekends building plastic pyramids, who tweet us every day, who like, who RT, who follow… This one's for you. Here is our new Renault R.S.18 in all its holographic glory. Enjoy! #LaRS18IsComing #RS18 #RSspirit pic.twitter.com/w1rnJD8CY9

“We want to be able to showcase our progression in every regard; power unit, chassis, operations, drivers,” said Renault boss Cyril Abiteboul.

“Everything must improve and we must continue to grow. We want to demonstrate this in many different ways, from the teams we will be directly racing against, to the gap to the leaders, including also our fan base and the respect that our team will inspire in our way we behave on and off track.”